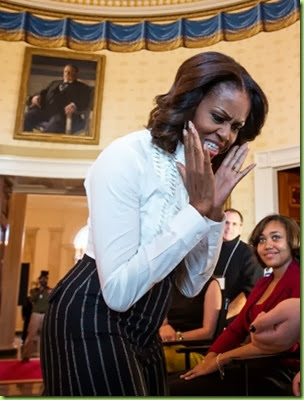 After appearing in her zoot suit in early November to promote – of all things – Hollywood, MO went into hiatus for awhile.

She re-emerged recently to use her charms to offset the negative press we’ve been getting lately. Not just over Obamacare, now even our signature “No Child’s Fat Behind®” program seems to be under siege. How can this be? After 5 full years of Lady M’s coaching and cajoling, our kids still can’t even run as fast as their parents? I find that disrespectful, and probably racist.

“There are still generations of people, older people, who were born and bred and marinated in it, in that prejudice and racism, and they just have to die.” Oprah

I know for a fact that MO can run faster than her parent, I’ve witnessed it. 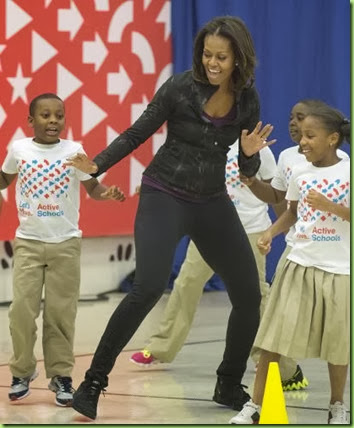 Which is surprising because Mom might be related to the hardest working man in show business: 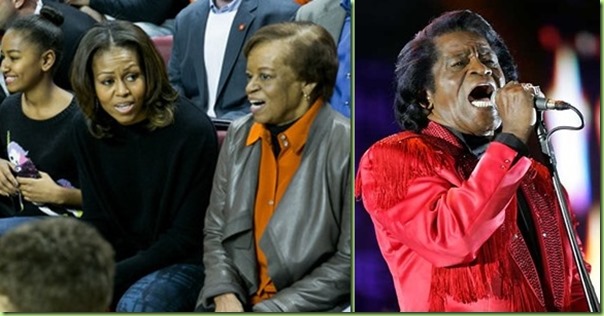 Not that being able to run faster makes you any happier, butt that’s another whole story. 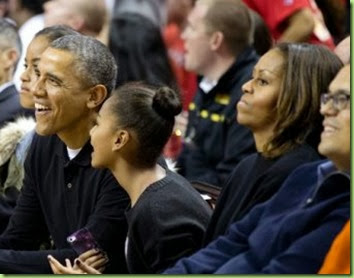 Anyway, after Lady M came out of sequester last Friday we saw her first in some shadowy photos after celebrating ValJar’s 57th earth birthday at the chi-chi organic Restaurant Nora: 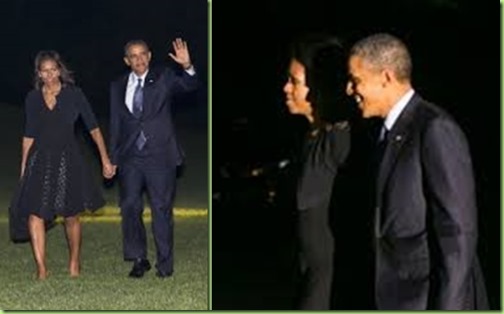 Looks like somebody didn’t love Nora’s 100% organic menu (What - no Kobe or Wagu?)

Then we had Presidential Medals of Freedom to award: 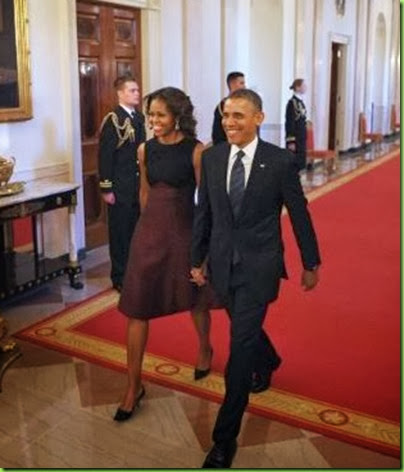 Some went to a few of our best pals; one to our first ostensible black president. Bubba appeared appropriately humble. For his part, Big Guy, I think, effectively disguised his desire to strangle him with it. 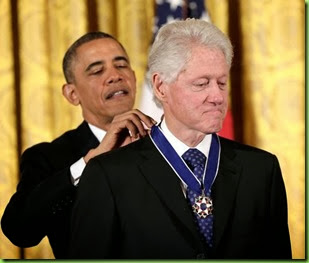 And next, Oprah was awarded hers: for keeping racism alive and well for the black half of President BO, who may have to rely on it for cover in his last three and a half years. 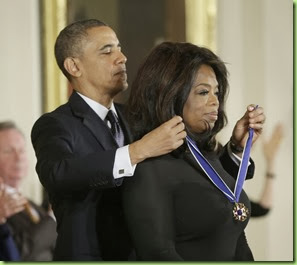 Funny, I always thought it was the Republicans who just wanted you to die.

Then it was on to the Kennedy memorial, again with the Clintons: 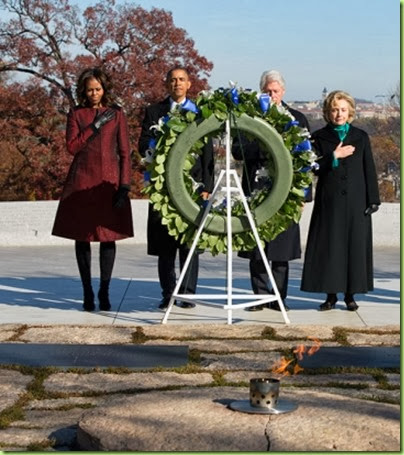 In this rear-end close up you can see that this coat matches the dress we wore earlier at the Presidential Medals of Freedom ceremony: 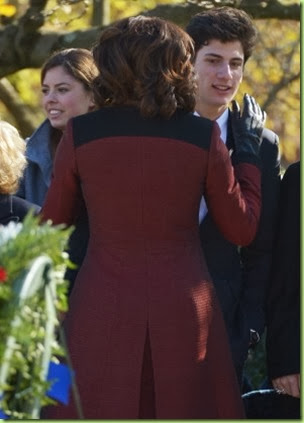 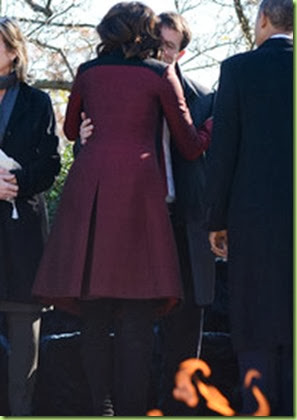 I am well aware of the fact that the inverted “V” pleat should be closed when standing still. Butt even my refraction capabilities have limitations; any further criticism will be duly noted as racist.

Then we wrapped up the day with a special dinner for the Medals winners. MO sported an upswept ‘do and a black lace frock with a matching black tulle bib: very chic this year.

As you see here, Big Guy is gazing fondly on his former Secretary of State, no doubt wishing he had named her Secretary of Health and Human Services instead. 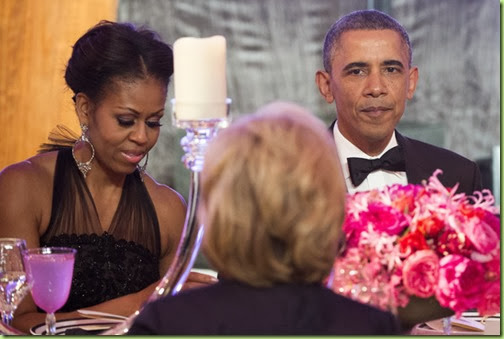 That way, instead of switching his eponymous “Obamacare” to the only marginally less ironic “Affordable Care Act:”

We could have just called it “Hillarycare.”

Yeah, and the women’s magazines have her face on their covers. Her hubby needs a boost in ratings.

I still can’t believe they got elected - twice.

2008 was understandable.
2012 is an indicator that the country has tipped beyond the entitlements turning point. 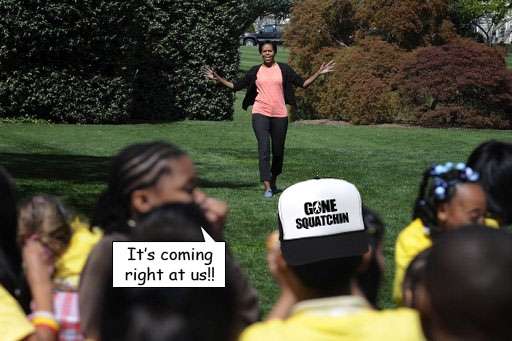