You all know that in our 2+2=5 world, numbers are the bane of our existence.

Butt sometimes you just have to tackle them anyway, so here goes, in no particular order:

Healthcare.gov enrollees: So far we are reporting somewhere between 40-50,000 signed up. That’s a little (97%) below our target number.

It’s still a bit unclear at this point who’s getting counted in these numbers because, unlike free market accounting, in Obamacare accounting “liking” is the same as buying. Butt I understand our official direction is to count any low hanging chads. 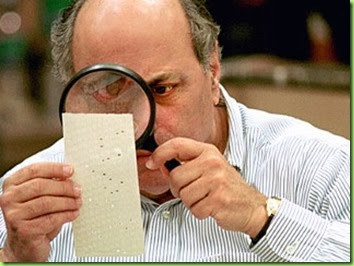 It’s a little bit fuzzy right now how those choosing the completely free option of Medicaid will be treated in our numbers, butt my guess is we count them twice. Because, as Fancy Nancy advised us, welfare, like unemployment, returns $2 in economic activity for every $1 in benefits doled out. Anyway, the fact that we’ve enrolled just 3% of our first month target number is not really a big deal - everyone knows the website wasn’t working! So we’re just a little behind the 8-ball. 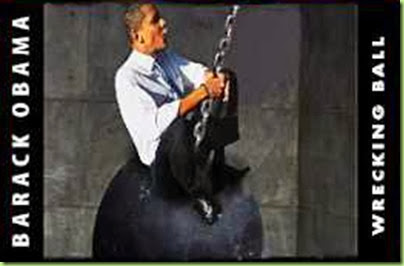 Oh, and by the way, that number of enrollees is offset by the 4.8 million Americans who have lost their healthcare insurance (so far) even though they wanted to keep it.

JOBS JOBS JOBS report: despite fears of a “Government Shutdown Slowdown” 204,000 new jobs were created (unexpectedly!) in October. Don’t get too excited though, since most of them were low-paid service jobs, probably filled by illegal aliens. I wonder what’s causing such a surge in the demand for bartenders? 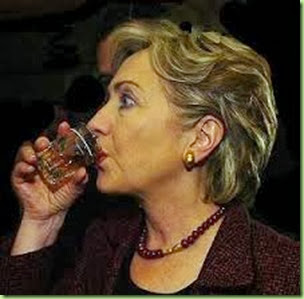 Anyway, despite the schtrong jobs number, it wasn’t enough to keep up with the number of citizens who reached “adult” age last month, so we’re still in the hole. This is where the numbers get really tricky, so stay with me here: despite creating 204 thousand new jobs, we had 213 thousand new adults entering the workforce and 932 million (!) Americans “unexpectedly” leaving the labor force (no longer looking for work) last month; which means the overall number of Americans with a job fell by – 735 thousand!! Yikes! That brings the total number of Americans no longer “in the workforce” to 92 million!

The good news, of course, is that with nearly 92 million people officially “not looking for a job” our “official” unemployment rate remains firmly locked in Carter 1.0 territory at a very reasonable 7.3%. And think of all the increased economic activity those new 2-4-1 welfare benefits will generate!

Butt, 92 million, that’s nearly a third of us!!! How can we afford that? Just ask Nancy! No wonder Big Guy wants to raise taxes on everybody who has a non-welfare income “on the wealthiest Americans.” How else are we going to pay for all those Healthcare.gov subsidies we’ll be handing out to the millions of unemployed Americans? 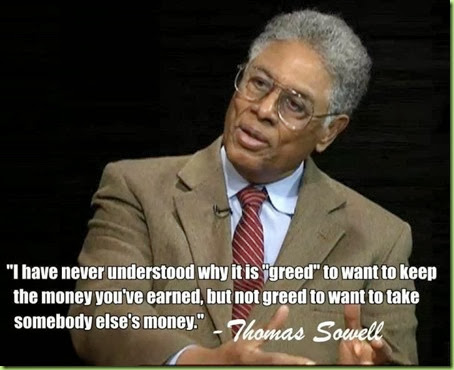 And wait: more good news! The stock market is up 105 points! Butt since I’ve probably made your head spin with all these numbers, I’ll save the discussion on how our QE-Forever monetary policy has created spiraling inflation that more than offsets any increases in the stock market for a later date.

Instead of focusing on negatives, let’s move on to something positive: like Lady M’s improvement in selecting appropriate Veteran’s Day attire.

I realize I posted this yesterday in the comments, butt its not easy finding positive things to report on around here. 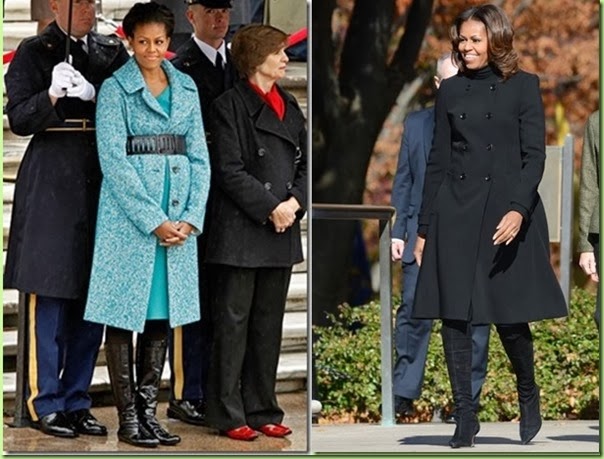 Note: 2013 over 2009 performance reflects a huge improvement butt past performance is no guarantee of future results

Also note that Lady M is wearing one of the coats from the military collection that I selected for her future Veterans Day appearances back in my 2010 Lady M’s Fall Fashion Notebook.

Big Guy has been a little more hesitant to embrace my recommended military uniform look; not because he doesn’t like it butt because it’s a little too, uh…shall we say, obvious? 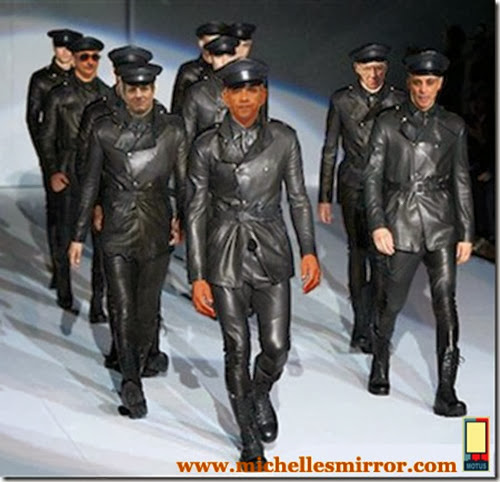 How many former FOBs (Friends Of Barry) can you ID?