In a show of gratitude Barry himself went on TV last night with Chuck Todd to acknowledge their efforts.

After this week’s polling showed that nobody was buying the big lie, or the lie about the big lie, the Big Brains decided there was nothing left other than the hollow apology, so last night Big Guy finally apologized for welching on the promise he made publically at least 36 times before saying that he didn’t really say what he said. (“Welching” – how did that slip past my “lexicon of political correctness” I wonder?) 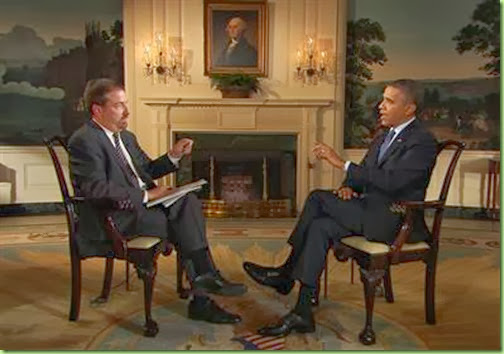 Thanks for your heartfelt apology, Mr. President: and BTW, nice creases!

"I am sorry that they are finding themselves in this situation based on assurances they got from me," he told NBC News in an exclusive interview at the White House.

It was the presidential equivalent of the celebrity non-apology apology: “I’m sorry if anyone was offended by my remarks.”

Anyway, I hope the rest of the Pinocchio Team has received the official “I’m sorry we weren’t clear” memo so they can stop perpetuating the lie and move on to other issues requiring their attention.

Because frankly, at the rate we’re racking up these awards - 8 Pinocchios and 1 Pants on Fire in the past month alone - 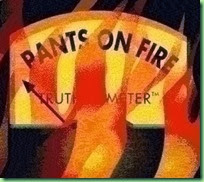 But the distortions and broken promises have now become so frequent that many at home and abroad are finally tuning out the president. Almost nothing promised about the Affordable Care Act is proving true. Contrary to presidential assurances, Obamacare has not lowered premiums or deductibles. It will not reduce the deficit or improve business competitiveness. It really will alter existing health plans and in some cases lead to their cancellation. Signing up is certainly not as easy as buying something online on Amazon..

Anyway, like I said, I hope the team got the memo. Because poor little Debbie is getting so tongue-tied trying to defend the indefensible that people are beginning to make fun of her. I know – hard to imagine, butt they are. It’s almost crossed over the line into outright bullying.

Here’s DWS’s latest attempt to explain that neither she nor BO misled anyone about Obamacare. Unfortunately, as you’ll see at 1:09, either TOTUS pulled a little trick on her, or she needs to get a new prescription – for her contact lenses, I mean.

Are you smarter than a 5th grader?

Boy, you’d think that one of the smartest women in America wouldn’t be so easily “mizzled” (pronounced, according to Ms.DWS, “mizz-uld”) by a simple word like “misled” on the teleprompter. Especially since it was in the context of explaining how neither she nor Barry, well, you know…misled the American people. And man, it’s not even one of those $100 words like “corpsman.” Anyhoo, that seemed to open the Alinsky-on-the-Right-gates. For example, look at this comment from John Holliday on YouTube:

First, BS-NBC gives her the questions and the answers. Then they obama* her responses for her and she still can’t get them right. What a clown.

*to “obama” –verb- put answers on a teleprompter because you’re too stupid to think for yourself.

You know, that’s just mean. And besides, TOTUS now spells out all the tough words like “misled” phonetically – hmmm; you don’t suppose that’s what they did for Little Debbie do you? “Mizz–led” – only with the em-fa-sis on the wrong sil-ah-bull?

Anyway regarding Little Debbie’s repetitious “at the end of the day” remark: not only has this been on Greg Gutfeld’s “banned phrase” list for over a year, butt – and again, I’m quoting a commenter - “this is the end of the day, and we’re all f***ed.”

So okay, remind me again: which one of these women is the dumb one? 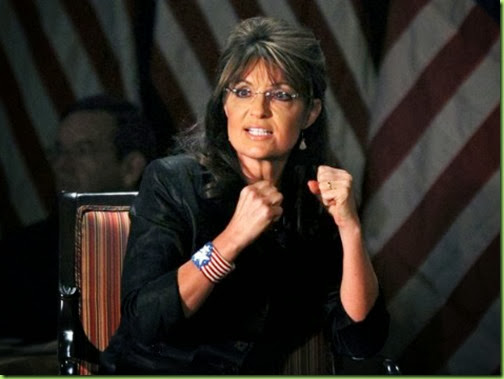 “The Democrats promise that a government health care system will reduce the cost of health care, but as the economist Thomas Sowell has pointed out, government health care will not reduce the cost; it will simply refuse to pay the cost. And who will suffer the most when they ration care? The sick, the elderly, and the disabled, of course. The America I know and love is not one in which my parents or my baby with Down Syndrome will have to stand in front of Obama’s ‘death panel’ so his bureaucrats can decide, based on a subjective judgment of their ‘level of productivity in society,’ whether they are worthy of health care. Such a system is downright evil.” - Sarah Palin without a teleprompter 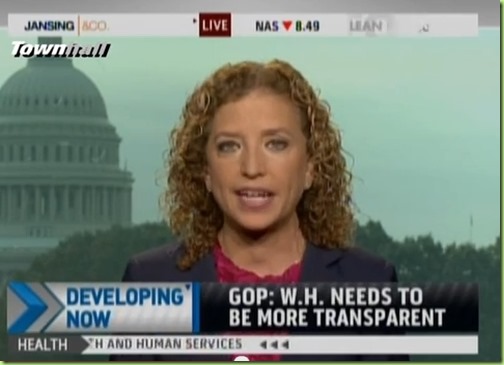 “At the end of the day, uh, uh, Americans were, were, were not, not only not mild, myzeld by the president, the overwhelming majority of Americans are already insured.” Debbie Wasserman Schultz – DNC Chairwoman, with teleprompter

In fairness to Ms.DWS, all that spinning probably does makes you a little dizzy, which makes it harder to read (read “reed” not “red” – see how tricky this can get?). From where I sit, it sounds like the whole team is feeling a little let down, and mizzled. Do you know what we need about now? We need a little team spirit!

I hear we’re going to take a clue from the Reverend Al and try to turn this sucker into a positive. 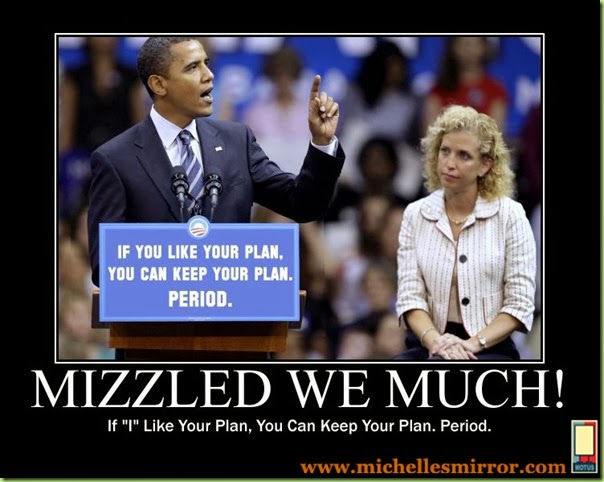 “Mizzled We Much” – spread it around because all we have working this side of the aisle is An Army of Davids. Big Guy’s team has a whole Army of Pinocchios.

She did actually say No one was misled and pronounced it missiled or missled.

She said it twice.

This should be much more discussed than it has been.