You’ve all heard of anomalies, right? 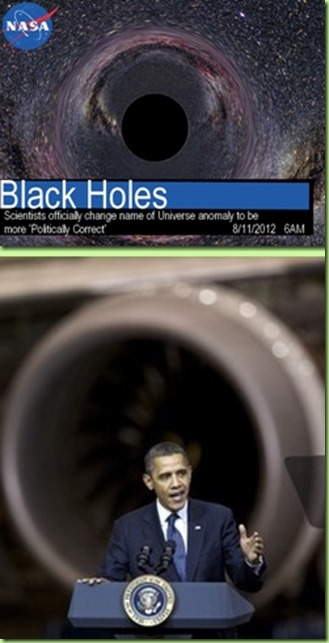 Today I would like to suggest a new Wiktionary entry that I made up. I think it will go a long way towards addressing the current unsettled, disconcerted sentiments of many Americans:

As you can see, an obamanomoly is very much like an anomaly, only created from complete lies rather than someone’s - undoubtedly biased - idea of “normal.”

Today I’m going to explore the science behind obamanomalies and show how it explains the election of Obama and the subsequent implementation of Obamacare.

Stay with me, as this is going to get technical; butt I promise, there will be no math. For the usual reasons. 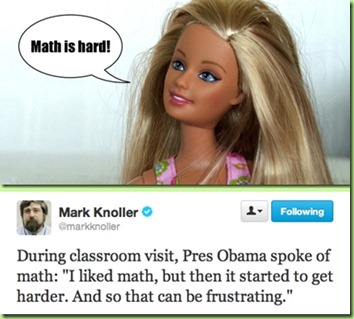 To begin our analysis we must first understand the concept of “singularity” which isn’t a whole lot easier than math:

A gravitational or spacetime singularity is a location where the quantities used to measure the gravitational field become infinite in a way that does not depend on the coordinate system. These quantities are the scalar invariant curvatures of spacetime, which includes a measure of the density of matter

See what I mean? Let me try to simplify:

The gravitational attraction becomes so strong that the velocity at which an object would have to move to escape the gravitational field equals the speed of light. Since the speed of light, according to Einstein’s Theory of Relativity, is the maximum possible speed, nothing, not even light, can escape the black hole once it enters the event horizon.

Or, in layman’s terms, it’s a big black hole that sucks everything in. As Einstein on Line puts it, rather poetically, I think:

“Unfortunately it is not so easy to give a precise meaning to what this means. In other physical theories, singularities are defined as some kind of "pathological behavior" that takes place on an orderly stage provided by space and time.” Concluding: “A spacetime singularity is said to occur wherever a freely falling particle suddenly pops out of existence!” 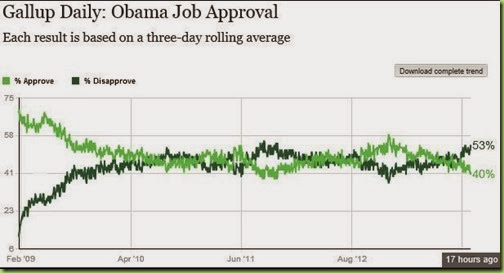 So that sounds encouraging.

Anyway,  in order to analyze the creation of Obamanomalies, we’ll focus our attention on the singularities that are included in the “Event Horizon” that most interests us here: the Birth of Obama (BO). The BO singularity includes both the “natural” birth of Barry as well as the metaphysical birth of Barry - when he emerged from his chrysalis, seemingly out of nowhere, to run for President: 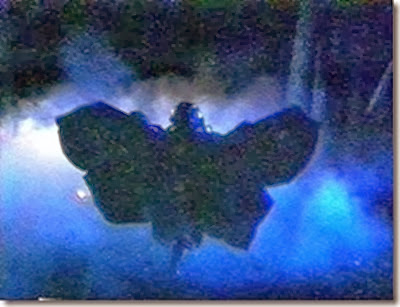 The pupa emerges from its chrysalis

The BO singularity occurred in the midst of the American political landscape exactly as the Big Bang Theory (also a singularity) invented the universe: with a lot of noise and accompanied by a huge sucking vortex. As predicted by Einstein’s theory of general relativity, the BO Event Horizon was infinitely dense and nothing could escape it’s gravitational pull. The MSM and LoFo voters were helplessly drawn into it's black hole.

Science can not accurately predict what will be found inside the black hole, but sensor readings confirm the Second Law of Thermodynamics prediction that it is unstable and moves rapidly from order to disorder (see “entropy”  as well as “Healthcare.gov”).

The new concept of “obamanomalies” could go a long way towards explaining what, up till now, have been dismissed as mere anomaloies; such as this famous “situation room” photo taken at the time BO whacked Osama. 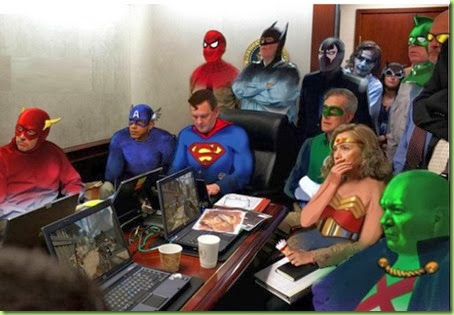 Additionally, the addition of “obamanomalies” to the lexicon might even allow us to explain such seemingly unexplainable absurdities as the new requirement for men to have health insurance policies that include maternity benefits.

Unfortunately, due to an anomaly in the space time continuum, I’m afraid that’s all the time I have for today’s science lesson.

Don’t worry though, there’s much more. To be continued… 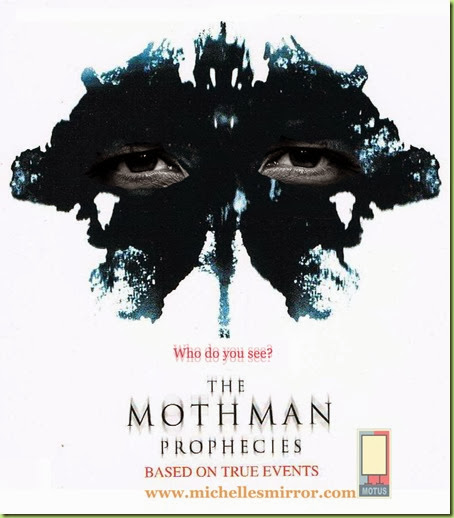