Good news: the barrycades are coming down today! We can finally deal with all the RINOs  the rotting fruit in Lady M’s organic Garden of Good and Evil. 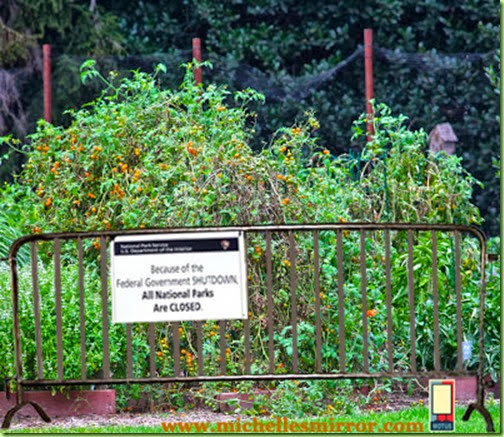 Enter at your own risk: the presence of snakes on the premises has been confirmed

So yay, Big Guy! Thanks for hanging tough with the terrorist hostage takers and ending this showdown without paying even one thin dime in ransom! Just like in the movies! Except in the movies the good guys usually win and in real life it’s often hard to tell who the good guys are.

Anyway, speaking of Hollywood, did you see our latest investment in (crony) capitalism? 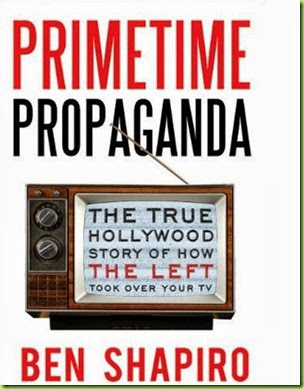 Perhaps you noticed that our current ad campaign for the rollout of Obamacare isn’t going as well as we expected. With a conversion rate of Obamacare Exchange visitors slightly lower than that of Spam email ads, the Big Brains decided that what we have here is a failure to communicate. In other words; we just aren’t getting our message out.

Enter, Hollywood: we fired our current ad agency and PR firm and transferred both accounts to Big Hollywood, the only place where past performance is a guarantee of future results. 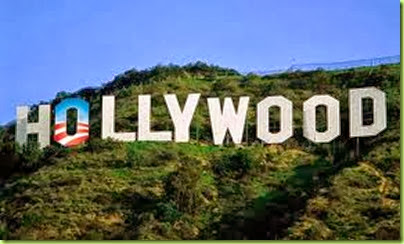 The Obama administration is turning its focus on prime time television series, using the influential platform and the power of celebrity to spread the word about its healthcare initiative.

Initial funding will be provided through the University of California’s Annenberg Norman Lear Center:

The goal is to keep producers, writers and directors up to date in the event they seek to integrate the federal health initiative into their storylines. The money will also go to producing pro-ACA public service announcements that track with storylines on the TV series.

And we know we’ll get a good return on our investment:

“Our experience has shown that the public gets just as much, if not more, information about current events and important issues from their favorite television shows and characters as they do from the news media and online resources,” said Martin Kaplan, head of the USC program. The grant “will allow us to ensure that industry practitioners have up-to-date, relevant facts on health care reform to integrate into their storylines and projects.”

The program, which also aids in the spread of Al Gore’s anthropogenic global warming hysteria, boasts that its “storytelling resources” have contributed to more than 550 “Hollywood, Health & Society-assisted storylines over the span of three years.”

You may also have noted that our other propaganda public relations campaign - “Dissent is Racist, now that Obama is here” – has been embraced by Big Hollywood as well. So far we’ve signed Chris Noth up, who apparently played a character called “Mr. Big” on Sex in the City – so no reason we shouldn’t take him seriously: 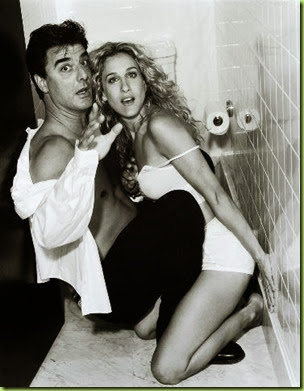 Mr. Big; an actor who reads well, and pretends to have sex with a woman. Hmmmm…

Noth said if Obama (had) been white the government never would have shut down in the first place.[ed. - except for those other 17 times, when we had “white” presidents]

"I think racism can be an unconscious, knee jerk reaction without people even knowing it," Noth said while fleshing out his position.[ed. – a position based on unconscious bias and knee jerk liberal reaction]

"There is something about Obama that makes these people, ah, just intolerable ... I consider [Tea Party Republicans] to be un-American. I do. They don't care about the country. They care about their small constituents." [ed. – as opposed to Hollywood actors, who care exclusively about, uh…well, I don’t know what they care about; Amerika, maybe?]

And we’ve also signed Robert Redford up for the new racism meme message:

There's a body of congressional people that want to paralyze the system. I think what's unfortunately underneath it is racism involved, which is really awful." [ed. – Robert reads well too, but take him off script and you get…non-fluency. Just like, well, you know.]

Redford then elaborated: "It's not just racism. I think it's a group of people that are [n.b., noun-verb disagreement] so afraid of change and they're so narrow-minded that when -- you see, some people when they see change coming get so threatened by change they get angry and terrorized and they get vicious." [ed. that never happens with Progs] 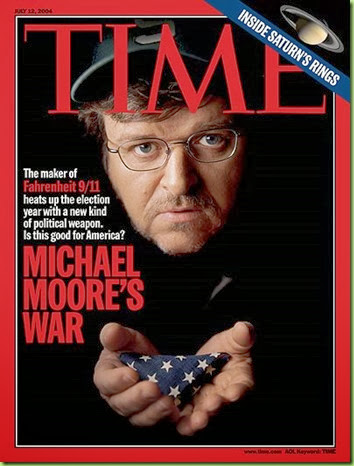 Fortunately Mr. Redford, for the time being, you still have the right to yell “racism” in a very crowded theatre. Putz! 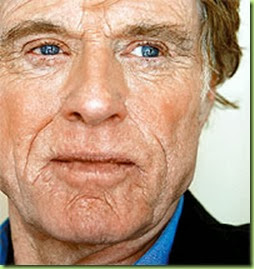 I think something other than raindrops have fallen on his head

BTW, I’ve finally figured out why Barry is so attracted to Hollywood actors, and it’s not just the money! It’s the amount! No, seriously, it’s a bit like gazing into a mirror; he just can’t help butt admire a “whole bunch ’a people” who have honed the craft of reading to such a fine level: 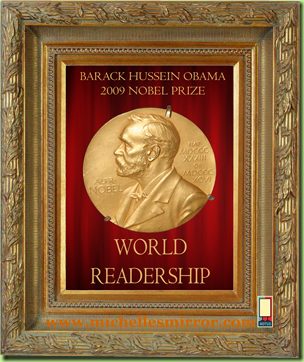 Butt I digress; Washington D.C. is once again open! The National Park Service, in consultation with the White House, has removed all of the barrycades, now that the Teahadist threat has passed. i

So if you want to come to the WWI, WWII, Korean War, Vietnam War memorials or Arlington National Cemetery this Veterans’ Day to remember your loved ones who fought and died for this great country, you can. You are once again free to move about the open air memorials.

And remember. And mourn. 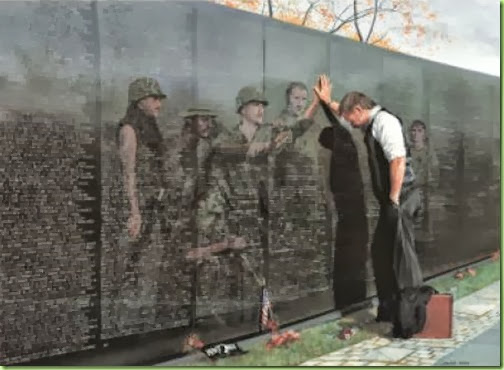 The only good thing to come from this, and it is VERY good thing ... we now know for sure he is with us and who is against us.

The Republican party RINO’s are against us.

It will be a cold day in hell when I give a dime to the RNC, may it rot in hell.

Take a look at Darrell Issa’s actual voting record compared to the posturing he does on his House Oversight Committee — he voted Yes last night - He has been stonewalled on every impeachable offense by our PINO’s team (F&F, Benghazi, IRS, etc etc etc) - nothing ever happens...and I finally realize that is by design & not incompetence on Issa’s part. He is part of the problem - words & actions have no integrity.

Issa’s investigations are a part of the whitewash.

I wonder how many of the Hollywood glitterati are signing up for ObamaCare.