Day 5 and everything’s closed except the borders. (h/t Jay Leno) This is an important message from your Federal Government: 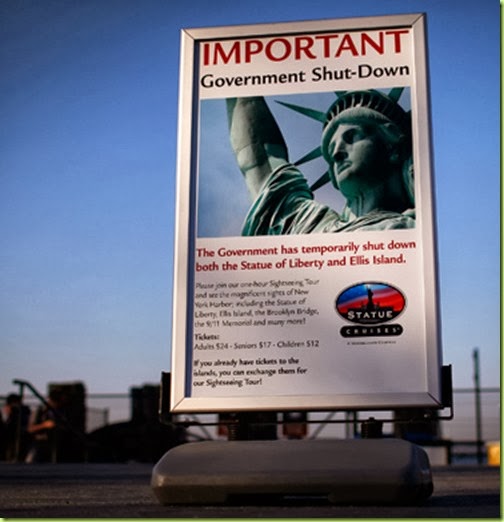 Give me your fired, your poor,


Your huddled asses, yearning to live for free.


That wretched ruse of the open door
Send these, the homeless, at any cost.


I lift a food stamp, and settle and ancient score.

(with deepest apologies to Emma Lazarus) 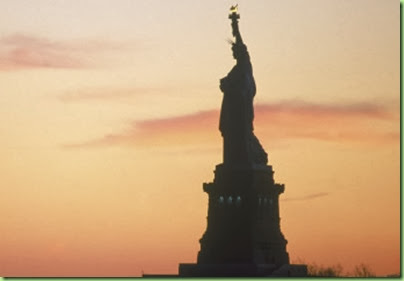 Until future notice, Liberty can only be viewed from afar. 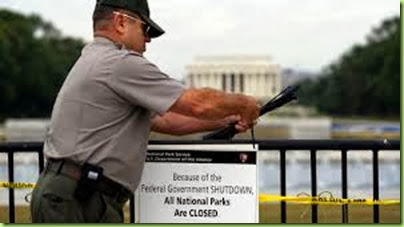 except along the southern border. 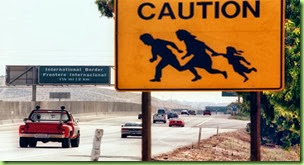 And the White House wants to share your sorrow. Your government handlers want to know; how has the American Anarchist (AA) wing of the Republican party screwed up your life? Tell us, just how bad is it? Have we been successful in demonstrating how much pain Big Guy can inflicted when your government is closed by terrorists?

Boy, that AA party is really making it hard out there for a pimp.

Submit your sob stories here, so we can empathize (boo, hoo, hoo), blame the Republican shutdown jihadies and continue to avert your gaze from the Obamacare fiasco.

Did you get turned away from a National Park? 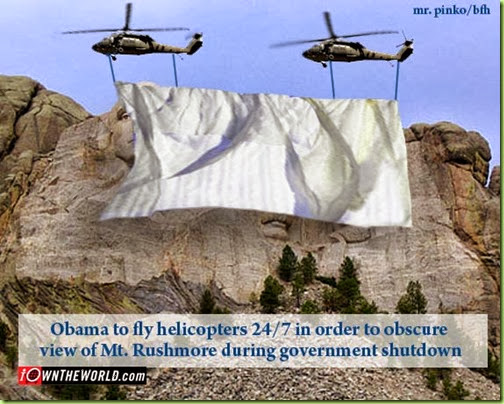 Have to wait in line to buy stamps? Or worse, to collect your food stamps? (oh, SNAP!) We need your input. That’s how we keep score, to know if we are WINNING! yet.

And speaking of pimps and Obamacare: we were working on a way to rein in its run away costs by selling luxury items at deep, deep discounts. Butt apparently, some people thought that was unethical or something, so now the entire Obamacare Website has been hijacked shut down; for “maintenance.”  Hee, hee hee! I’m sure that its closure is somehow related to the American Anarchist Party’s holding a gun to our head. And I would point out, the closure has nothing to do with the hateful messages that some members of the AA party have been leaving all over the site - trying to make it sound like Obamacare isn’t working, or something. 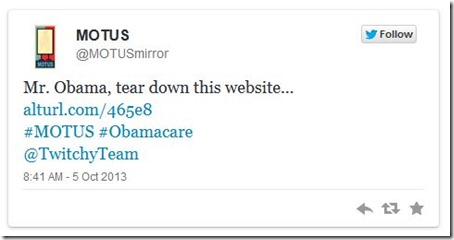 And please, stop submitting your pictures businesses closing due to Obamacare. At this point we have no plans for soliciting those stories, butt will advise you if this changes. 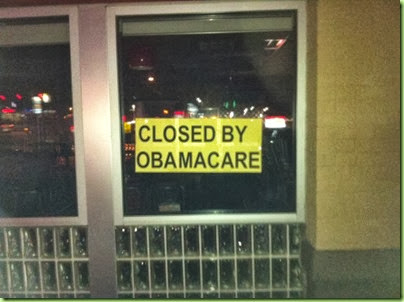 Let’s just stay focused on one thing at a time. 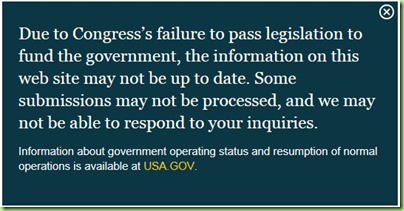 Burning vacation since as a government contractor, I will not get back-pay.

Correction: Many of the bum civil “servants” never “work”.

Look who is screaming bloody murder about the government shutdown - the Democrats, who aren’t going to vote for Republicans anyways. The Republican voters know the Democrats are prolonging this - some even want it to go on as long as possible. The Democrat voters will tire of this sooner (since they are more invested in government) and will start pressuring Democrats to end this to stop the pain of government dependency withdrawal. This is going to be fun to watch.