Before I get to Dr. Roberts 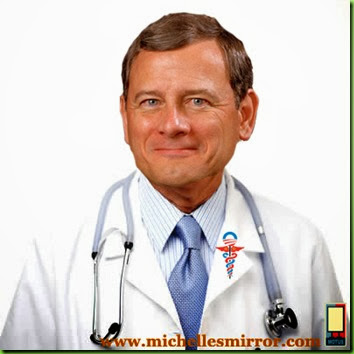 I have an important public service announcement to make. Here’s a synopsis of the official Statement from the President  that Big Guy made last night to explain to the MSM how they should describe the Government Shutdown caused by the Anarchists of America – aka, the Tea Party:

“But if the United States Congress does not fulfill its responsibility to pass a budget today, much of the United States government will be forced to shut down tomorrow.  And I want to be very clear about what that shutdown would mean -- what will remain open and what will not.”

Let me be perfectly clear: the government will continue all of its essential services. Now let me tell you about the unfortunate, horrific, terrible consequences of this unconscionable act by the Republicans who failed to pass a budget on my watch: All the National Parks will close! No Panda-cam!!

BO also said the government shutdown would have “real economic” impact on “real people” (as opposed to…I don’t know, Republicans?) And then TOTUS continued to tell “a whole bunch of” lies, half truths and damned lies that you’ve heard many times before, so no point repeating them here.

Then, one last point: the Affordable Care Act, affectionately known as “Obamacare” is moving forward, no matter what. Got that, Tea Party Anarchists? FORWARD! 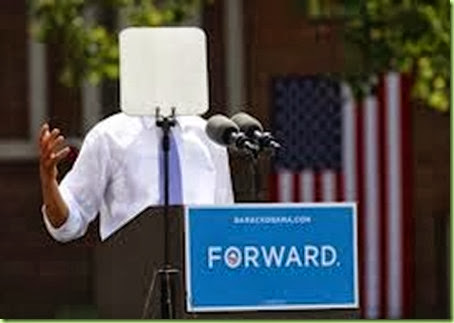 “I’m always willing to work with anyone (except Republicans).” “I’m willing to negotiate (except on Obamacare, the debt ceiling and the continuing resolution).”

So: join me, won’t you, in a big, official “WELCOME” to the world, Obamacare! Gosh, If I Knew You Were Coming I'd Have Baked A Cake!

Butt since the official arrival of Obamacare was just an unconfirmed rumor until this morning, I had to hustle around and throw something for the big celebration together at the last minute. Unfortunately I didn’t really have enough time to bake it all the way through so I’m afraid it didn’t turn out all that well.

Still, I figured if I just slapped enough icing on it at the last minute, nobody would notice. 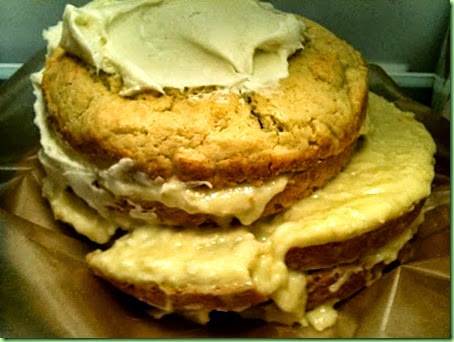 I admit, it doesn’t look all that appetizing. And frankly, I don’t care whether you want a piece of it or not; I worked on it all morning - you’re going to eat it!

Anyway welcome Obamacare: you are officially alive and kicking a**! Let the celebrating begin; finally - free contraception for everyone! Thank you Obama!

Some have more reason to celebrate than others; take federal employees, for example. 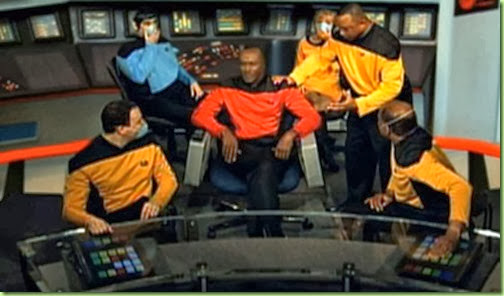 IRS employees, on the bridge

Except for members of Congress and their staffs (sacrificial lambs on the alter of “what’s good enough for the little people is good enough for us!”– sorry), no federal employee is required to buy or use Obamacare.

The rest of the federal government workers are exempt. That’s right, Big Guy, Lady M, the Wee Wons, JoeyB, Dr. Jill, Kathipottomus, Doc Roberts, (more on him in a minute) the rest of the Supremes and the millions of other federal toadies are all untouched by Obamacare.

That’s because federal workers outside of Congress, whether they provide essential or unessential services, remain covered by the most generous, platinum plated health care insurance plan in the history of the world: The Federal Employees Health Benefits (FEHB) Program. And did I mention that the federal retirees get the FEHB Golden Cadillac program as well?  Do we know how to take care of our own, or what? Combined with the generous salaries and excessive sick and vacation time, it’s no wonder kids all want to grow up to be government functionaries these days. 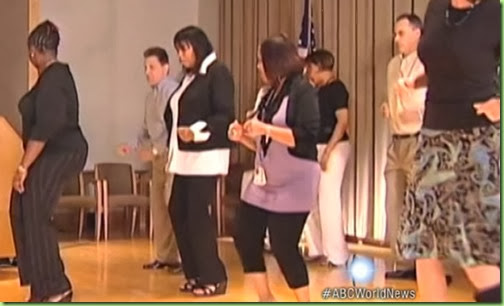 Great salary, all those perks, plus on the job training! In Vegas,baby!

Still, members of Congress and their staffs still have good reason to celebrate. While they do have to buy insurance from an Obamacare exchange, Big Guy agreed to pick up the tab for their (not insignificant) subsidies for their platinum-plus plan.

Marking the official birth of Obamacare, Big Guy made a special award presentation this morning to Chief Justice John Roberts (affectionately known around here as ‘Doc Roberts’). He received the inaugural “Lazarus, Doktor of Medicine Award” for his single handed and successful intervention in raising Obamacare from the dead. 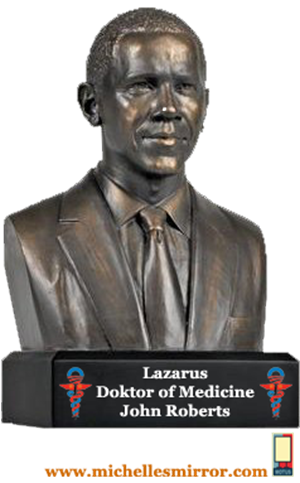 A short celebration followed where tea cakes, champagne and Mimosas were served by essential staff to the rest of the unessential government workers gathered to mark the event. (Can you believe that Keith Koffler dared question the essential status of our pastry chef?)

And don’t worry about all those government workers drinking on the job, as they were all unessential, they were sent home after the ceremony to continue their celebrating. 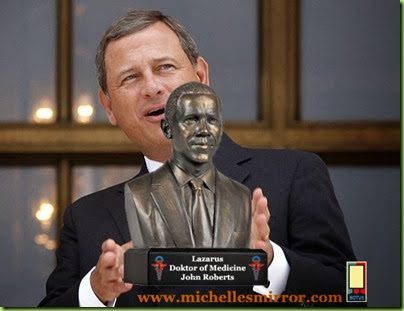 your a new and better man,
He helps you to understand,


He does everything he can, Dr. Robert.

he's a man you must believe,
Helping everyone in need,


My friend works for the national health Dr. Robert,
Don't take money to see yourself with Dr. Robert

you’re a new and better man,
He helps you to understand,


He does everything he can

So, if you will, let us all join hands and sing in the words of the old Negro spiritual, "Free at "last! free at last! Thank God Almighty, we are free at…" What?

Oh. I guess it’s not free anymore, although it is very reasonably priced. Butt wait! I’m not done yet! Be sure to stay tuned to find out what other free gifts you might be getting along with your purchase of Obamacare: 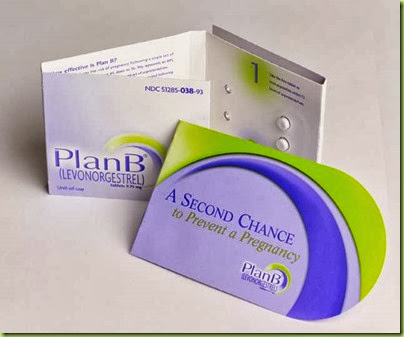 Plan B: because we could really use one.

Have to run now. This totally racist government shutdown requires my intertoobs to be shutdown on 15 minute intervals every hour. Thank you Anarchists of America! 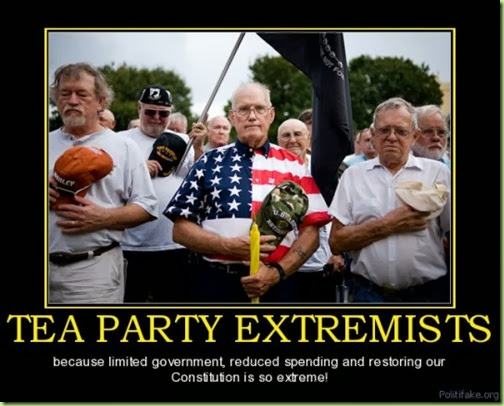 Chief Wuss Roberts was blackmailed by the Chicago Mafia, in the mode of Gen. Petraeus That’s how ObamaCare was “approved” by the Supreme Court.

Aside from congress federal employees don’t just health insurance. For high deductible plan it’s $50 a week for individual. You can get better coverage for far more money. That’s about on par with private benefits . Until now of course.

6 posted on 10/01/2013 7:41:01 AM PDT by autumnraine (America how long will you be so deaf and dumb to thoe tumbril wheels carrying you to the guillotine?)
[ Post Reply | Private Reply | To 1 | View Replies]
To: tflabo
choose your cup of poison well..some work very efficiently
(..an lead projectile)
...others work very slowly over the years
(like the Soviet/British/Canadian Health Systems)

I for one, once we have a right leaning president, want the scum Roberts to contract some natural ailment which will not be covered under O’Commie CrappyCare necessitating his departure from the bench.