Sacré Bleu! Les Vichy Senate Collaborateurs: Come out of the closet with your hands up!
Michelle Obama's Mirror ^ | 9-24-2013 | MOTUS 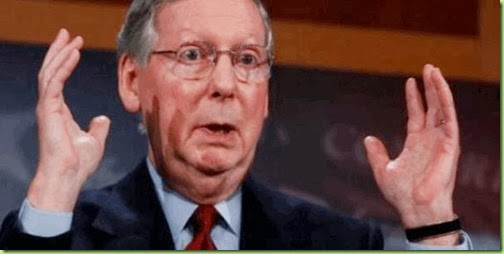 I’m not certain how far down the rabbit hole we are at this point, all I know for sure is we’re still falling. 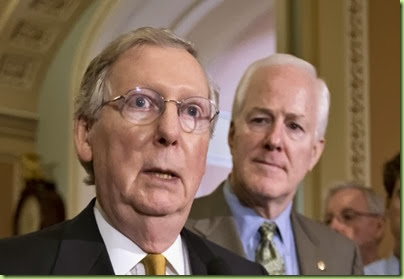 Leaders of the Vichy Senate 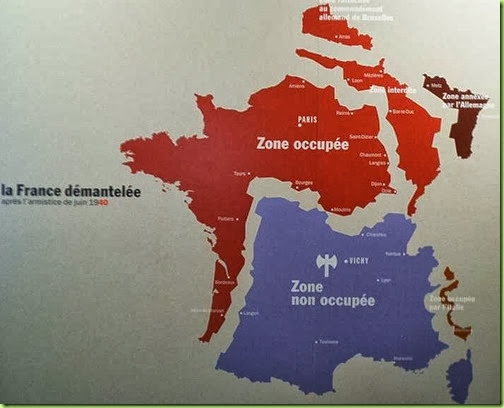 And it’s getting harder and harder to identify non-occupied territory.

Allow me to bring you up to date: you know the old saying “hold your friends close, and your enemies closer?”  Well, in order to follow that good advice, it helps if you can determine which is which. Which apparently we can’t. 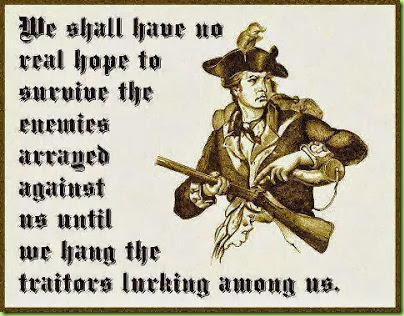 Via Larwyn’s Linx, we find Exhibit 1, from the Republican camp:

"Right now in the Senate, Mitch McConnell and John Cornyn are actively whipping Senators to shut down debate on the House continuing resolution so that Harry Reid can gut it with just 51 votes,” a senior congressional staffer with intimate knowledge of the situation said in an email to Breitbart News. “Unbelievably, they actually are leading the fight to fully fund Obamacare.” 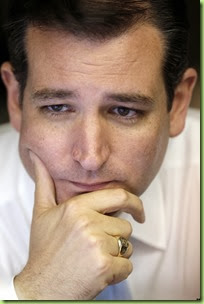 Trust no one. They have not earned it.

This is indeed growing curiouser and curiouser. It’s almost as if there’s something in the water – I wonder if anyone has bothered to check the official Congressional  bottled water supplier? 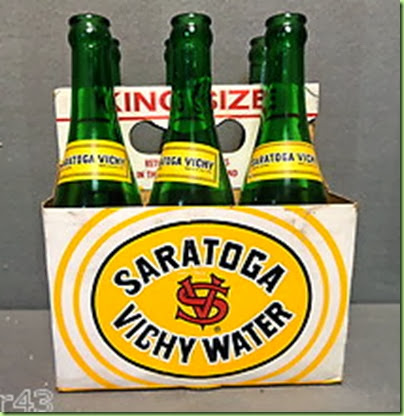 Saratoga: Official Water of the 2013 Congress

Oh sure, they’ve repackaged their water in pretty new blue bottles and dropped the “Vichy” tag: 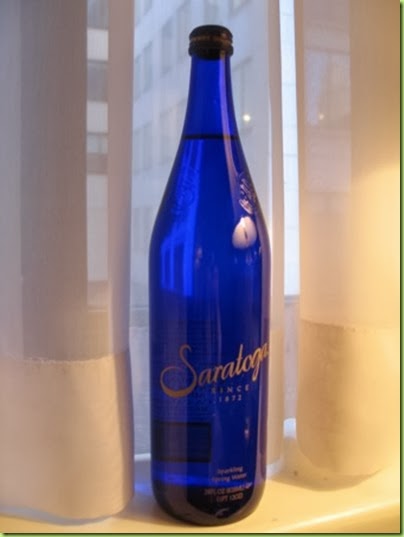 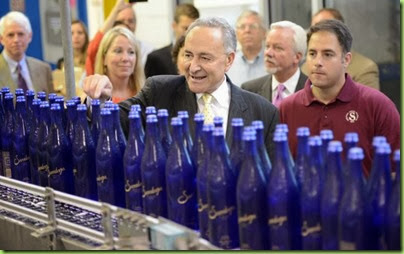 I think Lady M is going to have to shoulder some of the blame for this latest trip down the rabbit hole. We all know how she feels about drinking more water. 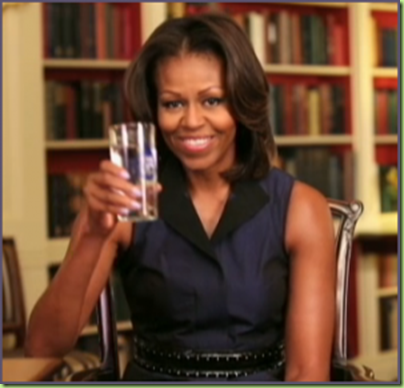 Now we know why. 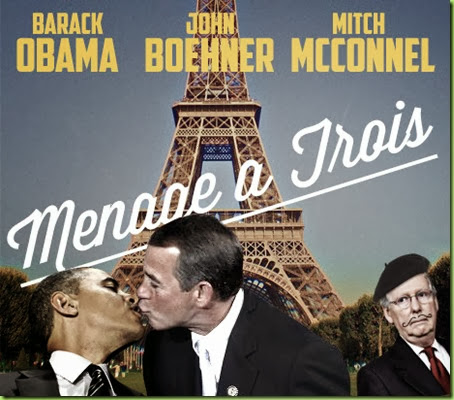 Have you had your vitamin Vichy today? 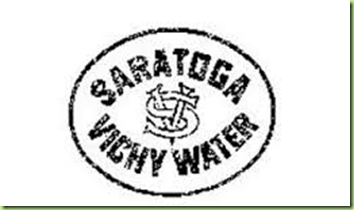 P.S.  Yesterday was International Bisexual Visibility Day, which we celebrated here at the White House with a roundtable discussion on “issues facing the bisexual community.” I’d post some pictures, butt for some odd reason Bisexual “Visibility” Day was a closeted, closed door, closed press event and all phones and cameras were embargoed at the closed door.

I can’t mention any names, butt you would have recognized some of the attendees. 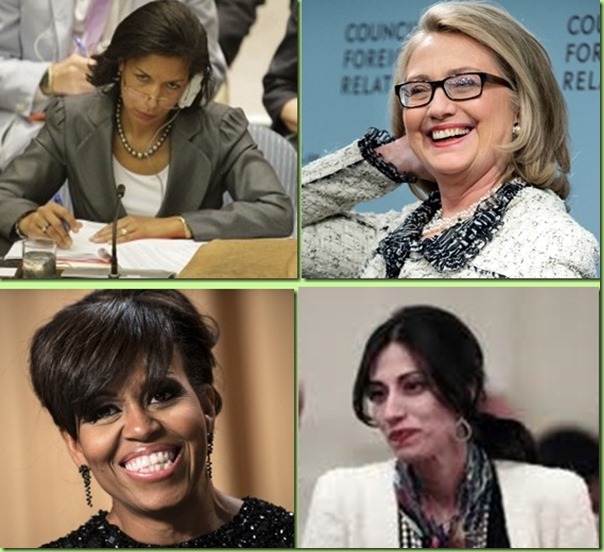 If they come out with their hands up they will have to remove them from the pockets of the taxpayers they have been stealing from for years.

Could Lance Priebus please go help McConnell find his gonads ASAP! The gutless wonder needs to be voted out in 2014; he’s gutless, spineless, and useless, IMO. He’s the leading eunuch of the Senate, ya think?

One needs a barf bag to look at the pictures of those Liberal vermin, IMO.

Burned cornyn with a not so kind email this morning.

Time to get behind a cornyn competitor, big time.

we need a serious challenger, perhaps Ted Cruz has a twin brother somewhere?

Totally agree. He has been a castrati longer than Boehner.

Right. It’s horrible these elected officials are so against their voters.

Do we stand together against the forces of tyranny?

If ever there was a time to do so, it is now.

We will never be stronger than we are now.

These two men control how y’alls interests are represented in the US Senate.

Both Cornyn and McConnell have pledged to oppose the efforts of Senators Ted Cruz and Mike Lee to defund Obamacare.

To oppose Cornyn and any other Old-Style Republican, please contact them early and often.

BTW, an “Old-Style Republican” is one who always surrenders before a fight, because a better time to fight is always some time in the future, “away from the fog of the controversy.”

Strike a blow for THE NEW REPUBLICAN PARTY !

CALL HIS DISTRICT OFFICES—HE DOESN’T SEEM TO BE TAKING CALLS/FAXES AT HIS DC OFFICE!!

A tough Marine veteran would be a good choice to run against the gutless wonder.

Looking at the photo of McConnell, my first thought was that I’ve never seen a more gutless, gonad-less joke in my life! Except perhaps Juan McLame, Boner, Linda Graham and about 500 more in Congress. God help us all.

Totally agree. He has been a castrati longer than Boehner.

What is the impression about this Dwayne Stovall who has an exploratory committee for running in 2014 against turncoat cornyn?

Went to his website and listened to his video, he is saying a lot of the right things, but what about his lack of any political experience? That could be refreshing, except may make him vulnerable to a dirty Cornyn campaign.

I'm hoping for a better brother, I don't like Cruz on immigration.

Time for a housecleaning!