Opening in theatres across the country this week: the all NEW Race and Class Wars IV!

If you think you’ve already seen this movie, you have. 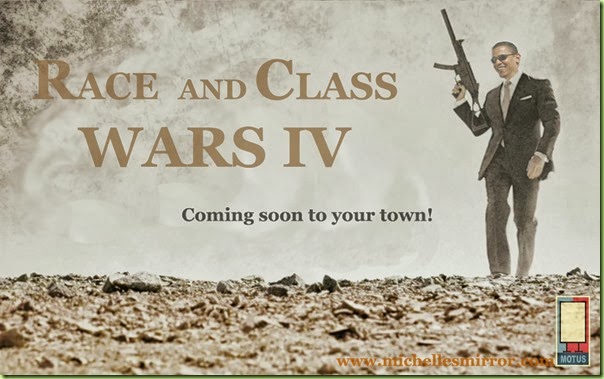 And like most sequels, it’s nothing more than a vehicle to cash in on the original franchise. Accordingly, it showcases celebrities sleepwalking their way through a brainless, self-indulgent script that’s a weak tea version of the original.

It lazily deploys a recycled plot, 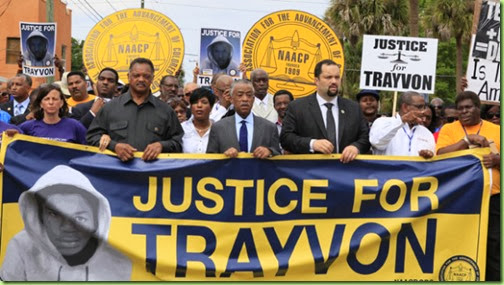 is pumped up with cheesy emotion 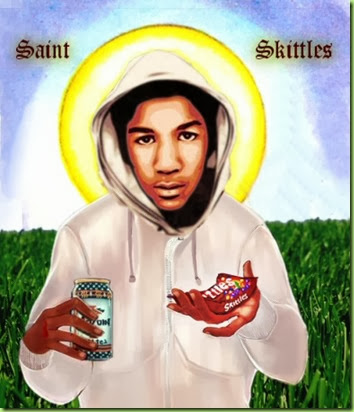 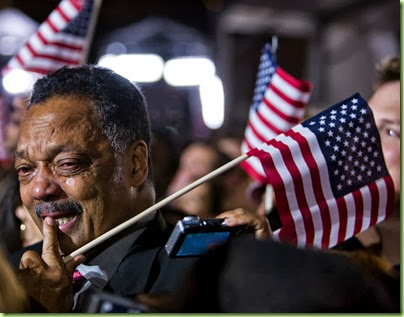 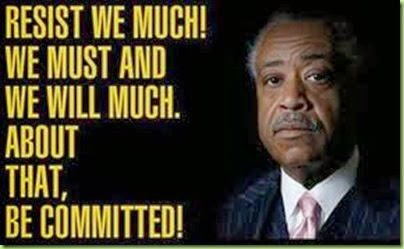 from a cast that’s phoning it in: 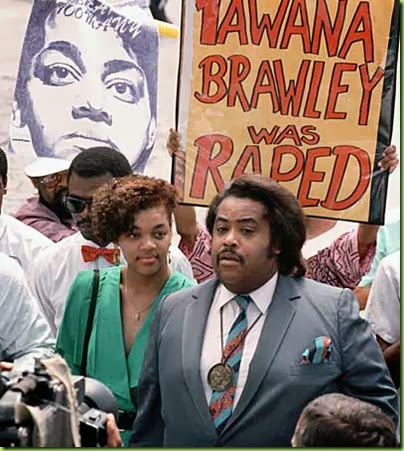 Redeeming Social Message derived from the Tawana Brawley incident: lies, when deployed to make a racial point, are as good as the truth. 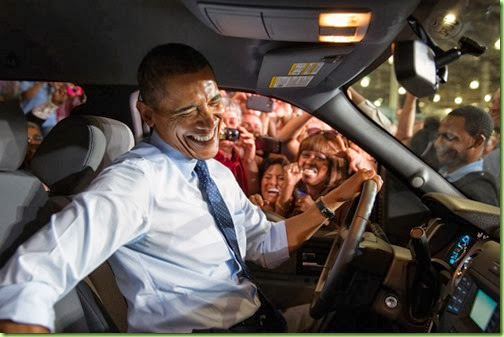 BO, arriving on the red carpet, for a preview of Race and Class Wars IV.

Last night we held the official premier in Washington D.C.at a private gathering of BO’s most ardent fans, the Black Congressional Caucus: 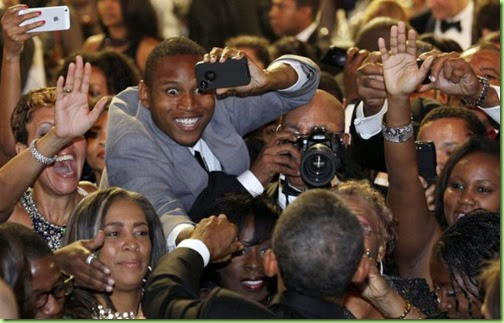 As always, the paparazzi swarmed the stars

Bo was accompanied last night by some of his co-stars, 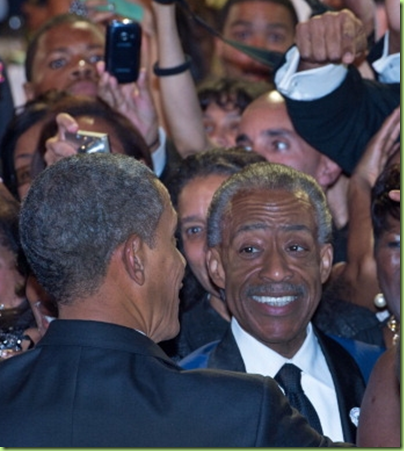 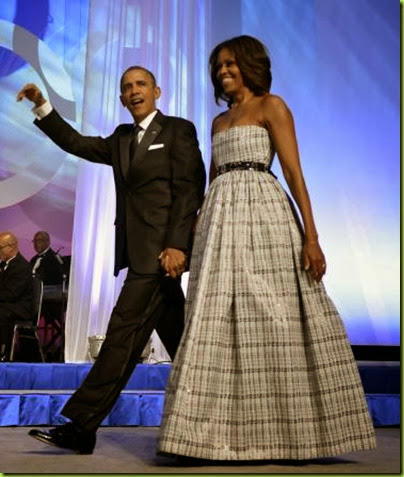 After the  viewing, Big Guy addressed his fans and discussed the movie’s basic themes. As always, they were rather lengthy (his remarks, not the themes) butt here’s a brief synopsis:

“It is not going to happen. We have come too far. We ’ve overcome far darker threats than those. We will not negotiate.”

No confirmation yet, butt rumors abound that Hillary Clinton will star in the upcoming “Race and Class War V” scheduled to debut in 2016 - stay tuned.

Although I also understand that the producers are still holding auditions for the lead role. 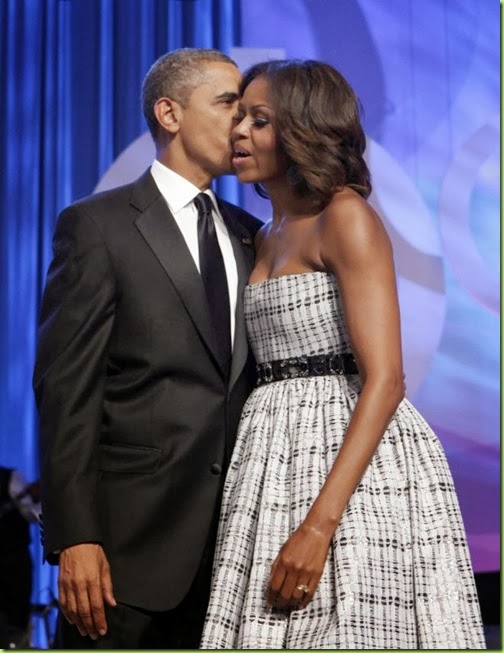 That ugly dress really shows off her caboose.

Scarlet O pulled the curtain dress off much better than Michelle O.

That good-looking guy shown on the front line in that second photo next to Jesse Jackass IS NOT ME!!

I didn't mind my daughter confusing Roger Whitaker for her dad, but this is truly scary.