“Once there was modern science, which was hard work; now we have postmodern science, where the quest for real, absolute truth is outdated, and "science" is a wax nose that can be twisted in any direction to underpin the latest lying narrative in the pursuit of power. Except they didn't call it ‘postmodern' science because then we might smell a rat. They called it PNS (post-normal science) and hoped we wouldn't notice.” – Dewey from Detroit

Forget the new Apple iPhone, Climategate 2.0 is being released today as well. And the inconvenient truths just keep coming.

I said, the earth has a fever, and we can’t wait!

If you’ve ever wondered how science gets settled in the age of “post normal science,” we get a glimpse of the process via the Daily Mail: (h/t Weaselzippers)

Scientists working on the most authoritative study on climate change were urged to cover up the fact that the world’s temperature hasn’t risen for the last 15 years.

A leaked copy of a United Nations report, compiled by hundreds of scientists, shows politicians in Belgium, Germany, Hungary and the United States raised concerns about the final draft.

Published next week, it is expected to address the fact that 1998 was the hottest year on record and world temperatures have not yet exceeded it, which scientists have so far struggled to explain.

The report is the result of six years’ work by UN’s Intergovernmental Panel on Climate Change (IPCC), which is seen as the world authority on the extent of climate change and what is causing it – on which governments including Britain’s base their green policies.

But leaked documents seen by the Associated Press, yesterday revealed deep concerns among politicians about a lack of global warming over the past few years.

warming over the past few years.

Germany called for the references to the slowdown in warming to be deleted, saying looking at a time span of just 10 or 15 years was ‘misleading’ and they should focus on decades or centuries. [ed. Uh, haven’t people been telling Warmists that for years now?]

Belgium objected to using 1998 as a starting year for statistics, as it was exceptionally warm and makes the graph look flat – and suggested using 1999 or 2000 instead to give a more upward-pointing curve. [ed. or how we start with 2015? or 2020?]

The United States delegation even weighed in, urging the authors of the report to explain away the lack of warming using the ‘leading hypothesis’ among scientists that the lower warming is down to more heat being absorbed by the ocean – which has got hotter. [ed. it’s the “leading hypothesis” due to a lack of any other plausible excuses] 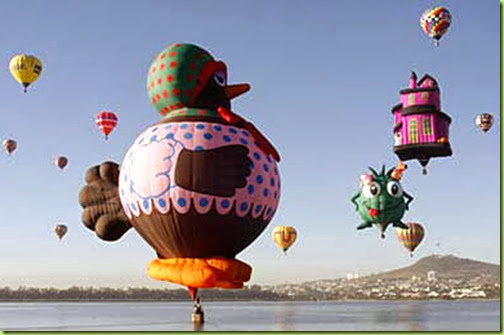 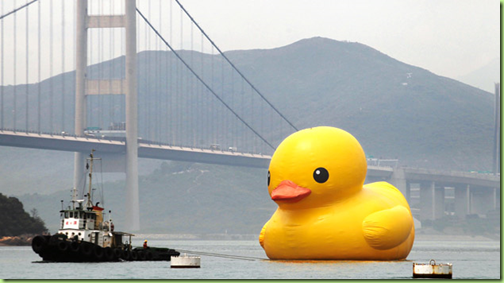 This is embarrassing, coming hot on the heels of a report that the Artic ice sheet (the one that Algore predicted would melt entirely by 2013) has grown to record size this year (inconvenient truth #2); as has the Antarctic for ice mass (inconvenient truth #3). Which tends to undermine that “warming ocean” leading hypothesis, I’d think. 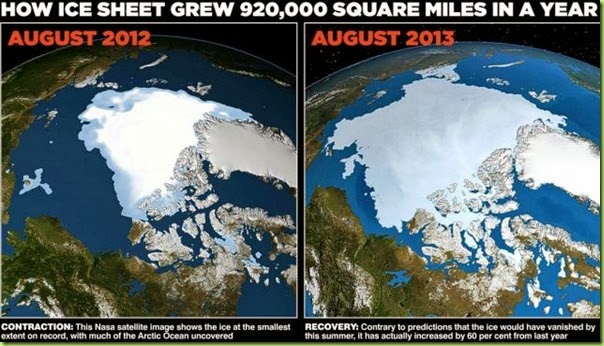 I see that many “news” outlets are billing the report on lack of global warming for 15 years as “Scientists Hit Snag on Global Warming.” Others might call that “snag” what it is: a lie. 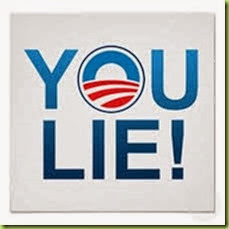 Butt seriously, what difference, at this point, does it make? The science is settled; if you believe in the new common core, post-normal science. Apparently Michael Creighton was one of those Neanderthal deniers who didn’t:

"I want to pause here and talk about this notion of consensus, and the rise of what has been called consensus science. I regard consensus science as an extremely pernicious development that ought to be stopped cold in its tracks. Historically, the claim of consensus has been the first refuge of scoundrels; it is a way to avoid debate by claiming that the matter is already settled. Whenever you hear the consensus of scientists agrees on something or other, reach for your wallet, because you’re being had. Let’s be clear: the work of science has nothing whatever to do with consensus. Consensus is the business of politics. Science, on the contrary, requires only one investigator who happens to be right, which means that he or she has results that are verifiable by reference to the real world. In science consensus is irrelevant. What is relevant is reproducible results. The greatest scientists in history are great precisely because they broke with the consensus. There is no such thing as consensus science. If it’s consensus, it isn’t science. If it’s science, it isn’t consensus. Period." – Michael Crichton, January 17, 2003 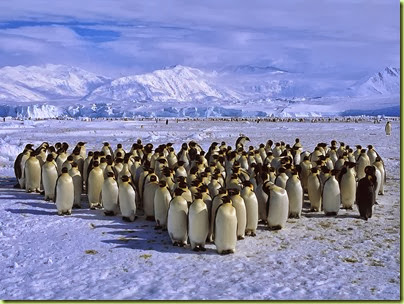 Scientific consensus: 97 out of 100 penguins believe in global warming 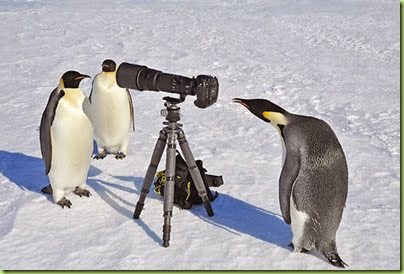 The other 3 are still investigating the facts

Anyway, we’ve already added “global warming” to our growing list of “urgencies” that Big Guy can’t afford to let the do-nothing Congress continue to ignore. Accordingly, he has determined to save the planet by brandishing his mighty pen; we’ve got coal plants to shut down! And solar panels to build! 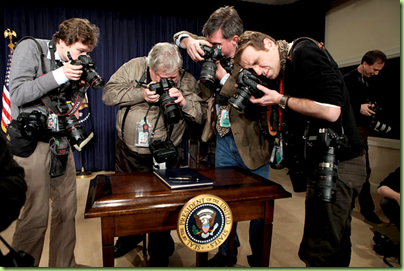 Paparazzi close in on the invisible hand of the “executive pen”

That’s right, Big Guy will be signing more Executive Orders! And you will be relieved to know that Algore approves:

Today's announcement by EPA Administrator Gina McCarthy is an important step forward for our nation and our planet. [ed. butt more importantly, it’s a huge step forward for Algore Enterprises. Thank you, Barack Obama!] From now on, future coal- and gas-fired power plants must take responsibility for their global warming pollution by reducing or capturing their overall emissions.

This is a critical achievement for President Barack Obama and his administration. In the face of an intransigent and inactive Congress, the President has made halting the climate crisis a priority. The policies announced today, combined with the rest of the President's Climate Action Plan, will put us on the path toward solving the [non-existent] climate crisis. 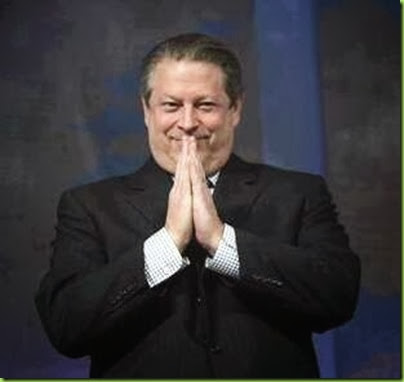 Repeat after me: fraudulent global warming is a $14 trillion extortion plot. And Algore is butt one cog in that big blackjack wheel of fortune. 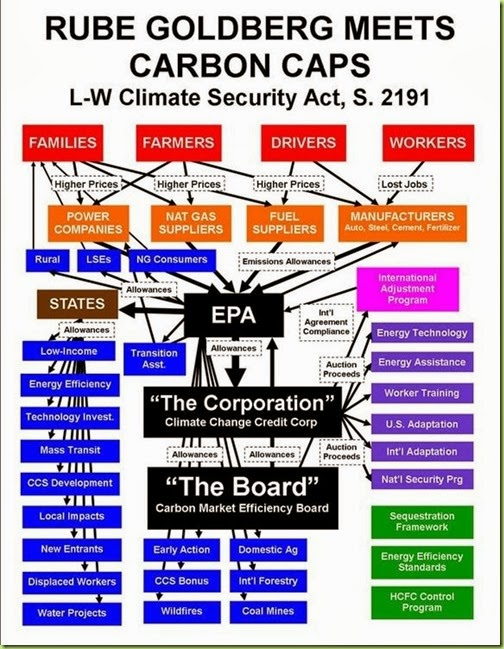 So, tell me again, what would the wrong with shutting down the government? 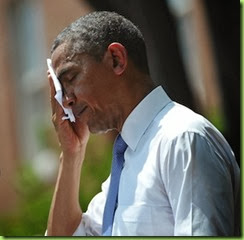 Is it just me, or is it getting hot in here?

Science has succumbed to the same virus that beset literature, art, economics, and the rest of the social sciences: postmodernism. Postmodernism is a progressive virus that negates reason, objectivity, and truth -- replacing them with relativism, subjectivism, and pragmatism. Having colonized every other branch of academics decades ago, postmodernism has now come for science. – Dewey from Detroit

I keep thinking that historians and scientists will look back at this point in history and regard it as the second “Dark Ages”.

Rock singer/songwriter - worth $300 million. Took over 50 years to make.

When I grow up I want to save the earth.

The CLINGERS are still HIDING THE DECLINE. If these democratic frauds had the goods in the first place they wouldn’t have had to MANIPULATE THE DATA.

The reason these guys are so certain that the Earth is warming is that their pants are on fire.

I have to give it to these people, they never quit.