I’m headed back east overland from my annual systems analysis and upgrade at Hill Air Force Base in Utah. Don’t worry - I have a special program that detects any “uninvited” malware that have been surreptitiously added  - like Gerard had installed by NSA operatives in Croatia last week. Butt don’t worry Gerard, they’re “not targeting conservative websites.”

So, until I can get a real post together from the road here’s an instructional video that everybody can learn something from.

I call it “don’t drink (note bottle on coffee table) and twerk.” Especially while doing a handstand; with lit candles in the near vicinity. Honestly, I’m surprised we still need to tell people about this in this day and age. And why are there no laws against this clearly dangerous behavior?

Or if you’re not going to follow my advice, at least lock the door first.

Oh, and a parting question: Who is responsible for this Quote of the Week?

“Yeah, it takes one to know one, jackass.”

Hint: it was NOT Barack Hussein Obama or Vladimir Putin. 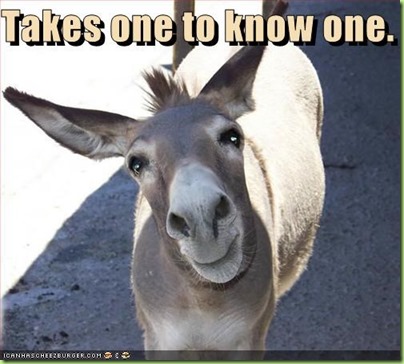 Okay, it’s a tough one; it could be almost anybody. Butt it was actually Anthony Weiner. With snappy repartee like that, look for his rapid return to the New York political scene. In the meantime, Little Tony, here’s my advice: If you don’t want people to opine, don’t do the crime. Apologies to Baretta, although come to think of it, he would have made a pretty good New York politician too, if he wasn’t in jail for murdering his wife. 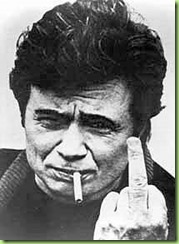 Seriously, does Anthony have any business calling anyone else a jackass? 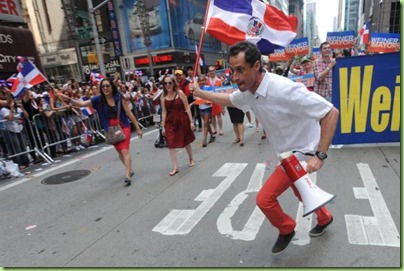 We need some new laws against this sort of thing too.

I’ve got to go now, my ground transportation is waiting. Maybe I’ll see you as I’m passing through!