With Apologies to Secretary Rumsfeld: You Go to War with the Clowns You’ve Got
Michelle Obama's Mirror ^ | 9-6-2013 | MOTUS

Oh-oh! As reported by both leftist and righteous on-line sources, Syrian rebels have admitted to using chemical weapons in pursuit of Osama Bin Laden’s directive to kill women and children. 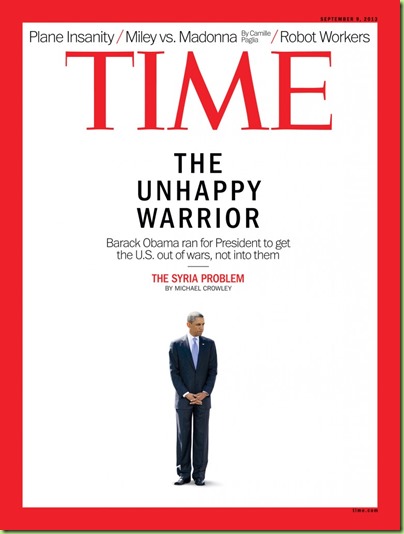 Accordingly, war plans are kind of stalled for the moment, as they are being re-tooled (by the hour, as reported by Pentagon sources). Indeed, there’s even a growing lack of enthusiasm among our former varsity cheer leading squad:

Rather than rallying to Obama's side — as they have on so many other occasions — the press are actually, almost unbelievably, pointing out some unpleasant facts:

That’s as close to mutiny as you get, as far as the new rules for old media go. What next, one wonders - unbiased reporting? 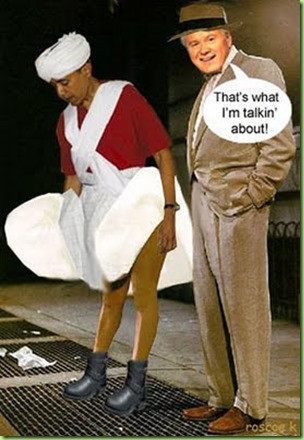 And it looks like John Kerry’s insistence that evidence of the Assad regime’s use of chemical weapons has been downgraded from “beyond a reasonable doubt” to “some degree of varying confidence." 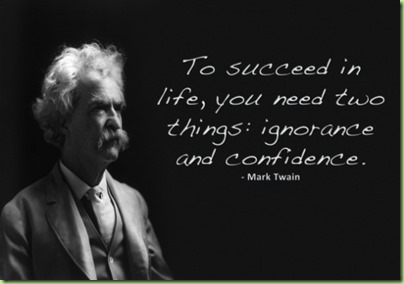 Okay, we’ve got the first one nailed.

It might be helpful if Big Guy’s ego would allow him to consult with a former president – one who has experience initiating a war. Preferably someone other than Bubba, butt even experience with a “tail” wagging the dog war might be helpful.

By all accounts, even the highly regarded John F. Kennedy, who was pretty green at the time of the Cuban Missile Crisis, sought advice from those with more military experience than himself. He clandestinely consulted with Dwight D. Eisenhower to gain insight and perspective on how best to proceed with the deathly serious situation of Russian nuclear warheads headed for Cuba. Eisenhower coached the young President thorough the negotiations and mechanics of the Cuban blockade. At one point Kennedy seemed to waver, asking his mentor, “but what do I do if the Russians call my bluff?”  To which Eisenhower replied, “You’re not bluffing, John.”

Big Guy could benefit from some counsel along those lines. 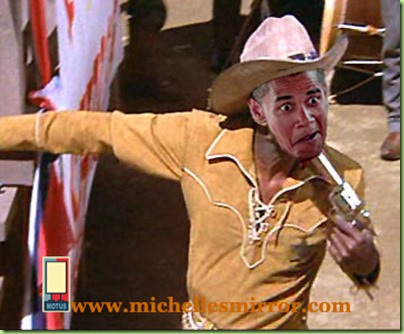 Unfortunately, he managed to get the correct cadence of Rumsfeld's counsel, without processing its import. Hence, he advised the press today, “As you know, you go to war with the clowns you have, not the clowns you might want or wish to have at a later time.” (h/t Great Minds Mock Alike)

Send In The Clowns: Judy Collins 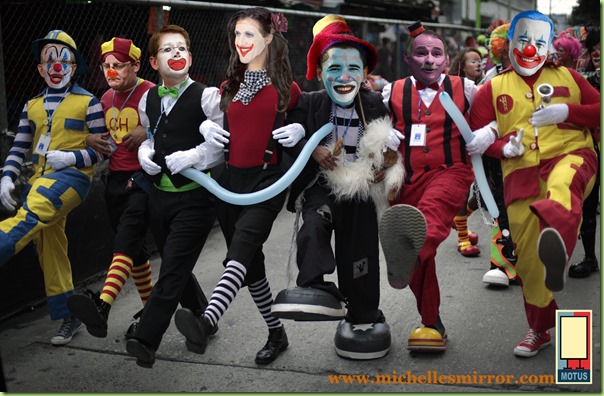 I’m still waiting to see where sandy fluke(r) stands on the issue. Or lays depending the time of day. Then again, someone that needs to spend that much on birth control per semester, the time of day don’t matter that much.