As if things weren’t frosty enough leading up to today’s showdown in Leningrad St. Petersburg 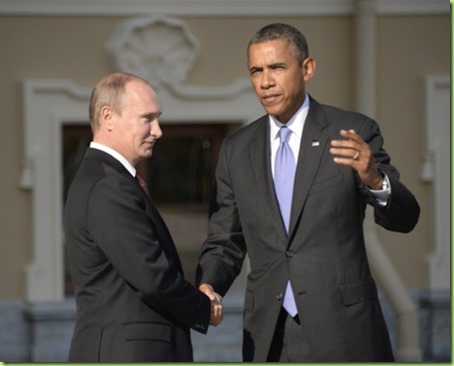 "I saw debates in Congress. A congressman asks Mr Kerry: 'Is al Qaeda there?' He says: 'No, I am telling you responsibly that it is not'," Putin said at a meeting of his human rights council in the Kremlin, according to Reuters.

"Al Qaeda units are the main military echelon, and they know this," he said, referring to the United States. "It was unpleasant and surprising for me - we talk to them, we proceed from the assumption that they are decent people. But he is lying and knows he is lying. It's sad."

And what sort of treason is this? It looks like even the NYT has come down cleanly on Putin’s side:

“Much of the concern among American officials has focused on two groups that acknowledge ties to Al Qaeda. These groups — the Nusra Front and the Islamic State in Iraq and Syria — have attracted foreign jihadis, used terrorist tactics and vowed to create a society in Syria ruled by their severe interpretation of Islamic law.” 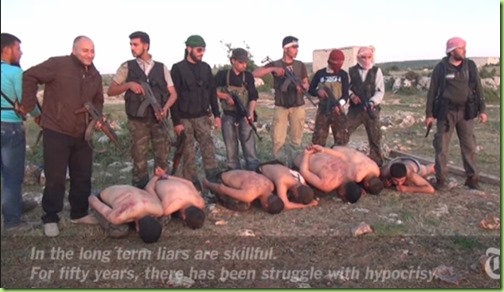 “The moment the poem ended, the commander, known as “the Uncle,” fired a bullet into the back of the first prisoner’s head. His gunmen followed suit, promptly killing all the men at their feet.”

And these are the good guys? Boy, possibly for the first time in his adult life, Barack Hussein Obama can accurately cite his favorite line: he really did inherit a big mess; from himself, unfortunately.

Butt I think I’ve found a face-saving out for him; right here, buried deep in the NYT article:

“The video ends abruptly after his fighters dump the soldiers’ broken bodies into a well. “

I’m quite certain the EPA Crimes Against Humanity Task Force would disapprove of that type of water pollution; oh sure, it isn’t as bad as mining or – God-forbid - fracking, butt do we really want to condone that type of behavior?

A large rose tree stood near the entrance to the garden:the roses growing on it were white, but there were three gardeners at it, busily painting them red.'

Alice thought this a very curious thing, and she went nearer to watch them, and just as she came up to them she heard one of them say, `Look out now, Five! Don't go splashing paint over me like that!

`I couldn't help it,' said Five, in a sulky tone; `Seven jogged my elbow.'

On which Seven looked up and said, `That's right, Five! Always lay the blame on others!' 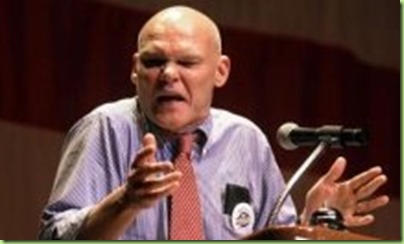 James Carville re. Syria on the O’Reilly Factor last night:

`YOU'D better not talk!'said Five. `I heard the Queen say only yesterday you deserved to be beheaded!'

`What for?' said the one who had spoken first.

`That's none of YOUR business, Two!' said Seven.

`Yes, it IS his business!' said Five, `and I'll tell him--it was for bringing the cook tulip-roots instead of onions.' 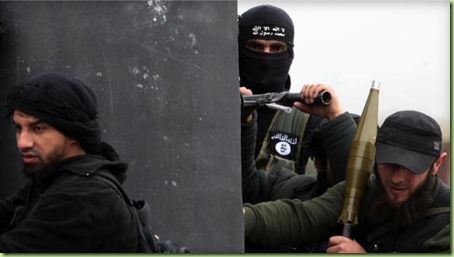 Seven flung down his brush, and had just begun `Well, of all the unjust things--' when his eye chanced to fall upon Alice, as she stood watching them, and he checked himself suddenly: the others looked round also, and all of them bowed low. `Would you tell me,' said Alice, a little timidly, `why you are painting those roses?'

Five and Seven said nothing, but looked at Two.

Two began in a low voice, `Why the fact is, you see, Miss, this here ought to have been a RED rose-tree, and we put a white one in by mistake; 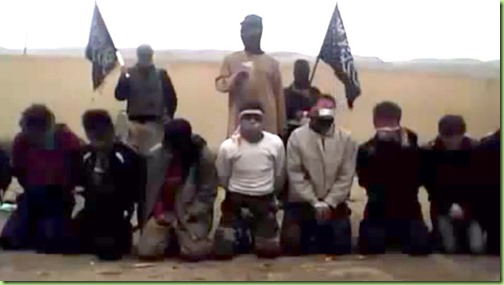 and if the Queen was to find it out, we should all have our heads cut off, you know. So you see, Miss, we're doing our best, afore she comes, to--' At this moment Five, who had been anxiously looking across the garden, called out `The Queen! The Queen!' and the three gardeners instantly threw themselves flat upon their faces.

There was a sound of many footsteps, and Alice looked round, eager to see the Queen: 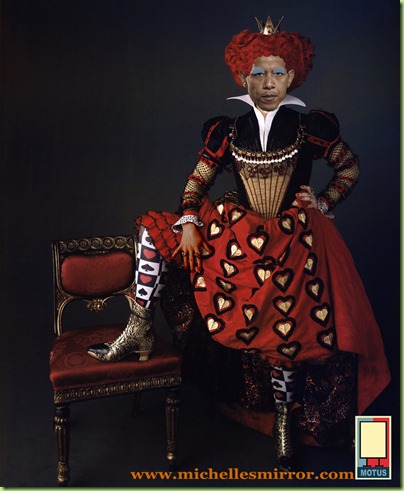 Honestly Vladie, I’m just not sure how much more flexibility I’ve got.

* An old story that bears retelling, again and again with this Red Queen