Some called it weak, bungled diplomacy or an embarrassment of indecision; others just called it “a mess.” One of the kinder commentators, Charles Krauthammer, said it was like an episode straight out of Amateur Hour. 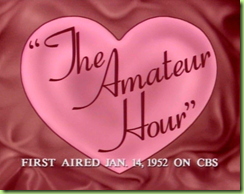 Let’s cut right to the chase: BO told the world that he feels that he has every right to frown on Syria’s use of chemical weapons on his own. Butt, having just been advised that this is a constitutional democracy, he’s going to use that loophole to seek Congress’ approval before leveling his lethal frown in Syria’s direction. Finally, a use for our do-nothing Congress: take the wrap for our failure to respond to Syria’s violation of Big Guy’s red line. 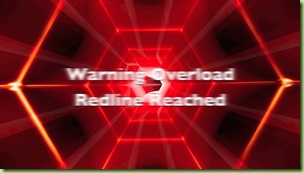 “In a world with many dangers, this menace must be confronted,”

Butt not, apparently, until after everybody gets back from summer vacation – sometime in the next month or so. Because, as we discussed here just last week, there is nothing more important to this transparent administration than vacays: not terror threats, not chemical attacks and not even “rhetorical flourishes” threatening military action. 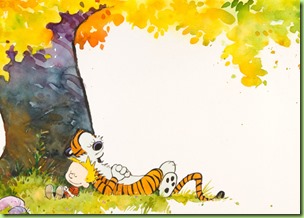 In fact a little “me-time” is considered so crucial to this gang of choom-buddies and vacay-addicts that Big Guy issued an Executive Order, adding “vacations” to the base line of Maslow’s Hierarchy of Needs: along with breathing, food, water, sex, sleep, homeostasis and excretion. He also deemed it to be a human right. (o/t – the same EO  removed “homeostasis” from the lineup and replaced it with “CHANGE”) 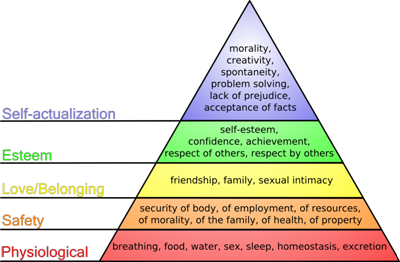 Still, none of the above means that BO isn’t prepared at any moment to go ahead and give Syria a hard stare on his own. If Val-Jar says it’s OK. Or something. No wonder the Belgians and the Brits are laughing at us.

It seems to me that this stuff should be a whole lot easier. Am I wrong, or is this stuff not covered in Parenting 101?

“Never, ever, threaten a punishment that you’re not prepared to follow through on,” how difficult is that? “I swear, if you pound one more nail in that wall, you’re grounded for a year!” “Drop one more chemical weapon, and you’re blown to smithereens!”  Butt now it looks like we’ve punted the punishment phase to Congress.

That’s like saying “Wait till your father gets home, young man!” Except Dad is on vacation. For a month.

So while we await to hear the wishes of the people expressed via our do-nothing Congress, what do you say we all get out there and enjoy what’s left of the summer?

I know! Let’s play a round of golf!

And don’t worry about understanding all the rules, we make them up as we go; that way we always win.

>Some called it weak, bungled diplomacy or an embarrassment of indecision; others just called it “a mess.”<

.
It should be simply known as the Obama Way.

So the problem with Obama is that he’s not executing this insane war fast enough?

“No wonder the Belgians and the Brits are laughing at us.”

I don’t think Cameron is looking so great, either

The problem is that nobody understands what the Obama doctrine is to include the Obama administration.

He is all hat and no cattle and the world knows it. There is no predictability, rhyme, or reason. In fact, the rest of the world sees what you and I do, that our stated goals contradict our strategic goals - i.e. - we are supporting AQ and the Brotherhood. The same people who attack us.

5 posted on 09/01/2013 10:09:29 AM PDT by volunbeer (We must embrace austerity or austerity will embrace us)
[ Post Reply | Private Reply | To 3 | View Replies]
To: NOBO2012
Some called it weak, bungled diplomacy or an embarrassment of indecision; others just called it “a mess.” One of the kinder commentators, Charles Krauthammer, said it was like an episode straight out of Amateur Hour.

Let's face it, zero is such a moron, he's giving morons a bad name!!

“Treason against the United States, shall consist only in levying war against them, or in adhering to their enemies, giving them aid and comfort.”

“we are supporting AQ and the Brotherhood. The same people who attack us.”

I don’t know if you can say we’re supporting al qaeda. But Obama’s clearly supports MB in Egypt.

It seems pretty obvious to me that he is supporting al Qaeda n Syria. He did the same in Libya.

Which is treason, by constitutional definition.

Folks keep missing the obvious. Barry didn’t punt to Congress because he had a change of heart or a sudden belief in the Constitution...

The war in Syria is a proxy war between the US/Saudis/Israel and Russia/Iran. The war is not over if Congress says no. It can’t be. Right or wrong, the future of America is tied to the outcome there. Our economy is in shambles, and military might is going to be used to keep the empire going.

In punting to Congress, Obama just admitted defeat to Putin and the Arab world. It is a foreign policy disaster which exposes the US as weak. It will embolden those who wish us ill. History will look back on this as a key moment in our unraveling.

Don’t get me wrong, I dont believe in war with Syria. But to give Obama praise for backing down is extremely naive. Europe is dependent on Russian gas... when we are weak, they inch closer to Russian orbit. Likewise with Egypt, they are falling into the Russian camp because Obama is making us into the loser on the world stage.

it is sad to see people fooled by Obamas sudden change of heart. He used to Constitution to save his own rear end, not out of respect for it. And the war will continue, guaranteed.

“Right or wrong, the future of America is tied to the outcome there.”