It’s sort of like Maggie’s warning about running out of other people’s money; sooner or later you also run out of part-time jobs and people who’ve ‘voluntarily” dropped out of the workforce or joined the ranks of the “disabled.”

And when that happens - just like when you run out of other people’s money - bad things happen. In the instant case, unemployment numbers begin to go up. A lot. 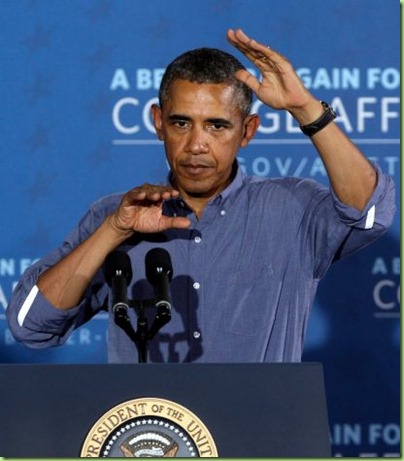 Yikes! And as usual,Republicans are unfairly blaming Obamacare. (SNIP)

This is very murky,what’s really going on here?

Let’s have Big Guy himself bring some transparency to the situation;he’s on one of his Big Black Bus tours, addressing middle class issues, so this should be right up his alley. 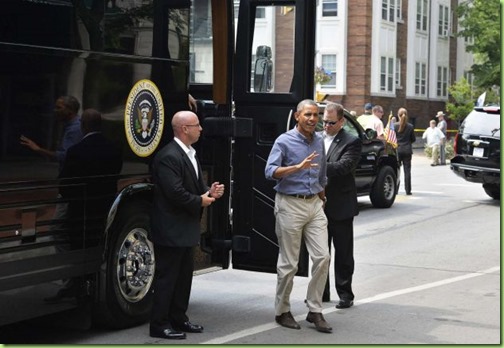 “At some point, the government’s going to run out of money,” the president said.

No, wait a minute - he was talking about money for higher education, not unemployment: (SNIP) 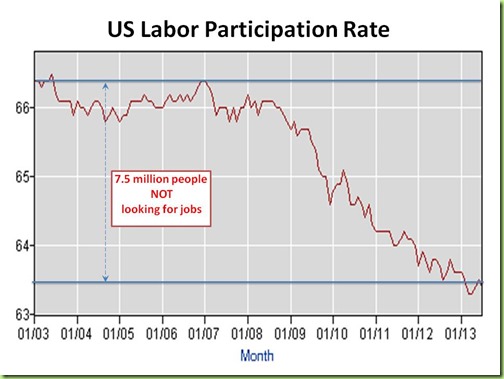 Allow me to explain: In order to keep our summer of recovery 4.0 myth alive we’ve had to remove more and more people (7.5 million so far) from the denominator of the unemployment rate calculation. By doing so, we’ve inadvertently dropped our “labor participation rate” to 63% – the lowest in decades! A low labor participation rate, combined with the slowest job-market recovery since World War II and most of the job growth is part-time, more or less ensures...

Why not post it all here, rather than being a blogpimp?

Is there something wrong with the rest of it?

Is it pornographic perhaps? Queer in some way?

Obama and Holder are publicly speaking about their ‘plan of the week’ that are just more smokescreen distractions to divert attention away from the incompetent manner Obama has handled his day job.

The best indicator of a PHONY ADMINISTRATION is the number of its REAL SCANDALS.

Commie Tyrant Obama’s current talking points are thus smokescreen distractions for the products of Obama’s first 4 years in office:
* Refusal to close US Southern Border to Mexican illegal alien invaders
* No known un-forged records of Place of Birth
* No known un-forged records of University grades
* Benghazi Massacre
* Dereliction of Duty as CIC during Benghazi Massacre
* Cover up of Benghazi Massacre
* Destruction of Seal Team Six
* Cover up of Fast and Furious murder of US Border Agent by Exec. Order
* IRS-Obama’care” Commune Death Grip on Wealth and Health
* NSA-Gestapo Death Grip on all citizen’s communications
* Use of Courts against News Media
* Use of Supreme Court to install Un-Constitutional Obama’care’ Tax
* Destruction of the US Coal Industry
* Refusal to permit XL Pipeline construction
* Trillion Dollar a year Federal Overspending
* Monthly violations of the US Constitution by Obama
* Use of Exec. Orders to bypass Congress.

Speaker Boehner’s job now is to shut down the NON-ESSENTIAL parts of the US Federal Government until Obama’care’ is ABOLISHED, however long that takes.

Tie these vermin and their treason onto every RAT and RINO in Congress starting now for the upcoming 2014 race.

Meanwhile:
The White House will hold a roundtable event on issues facing the bisexual community next month.