There was a lot of smoke in Cairo as their annual “day of rage” carnival continued into the weekend. 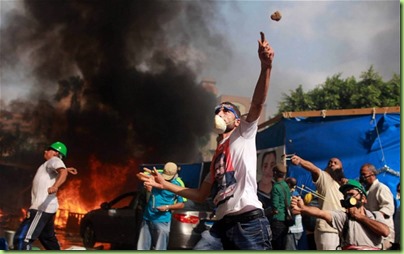 And there was a lot of smoke in Seattle as their annual celebration of hemp got under way. 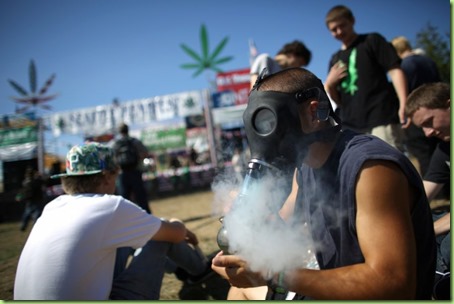 Bongs and gas masks: leave it to Seattle to find a way to recycle cannabis smoke 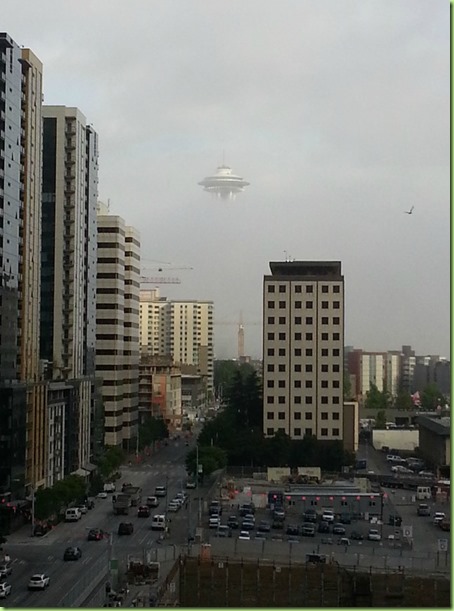 Butt here on Martha’s Vineyard, it was just another day in paradise.

”Another Day In Paradise”: Phil Collins

A little golf with enlightened Hollywood guru Larry David and 2 other white guys. 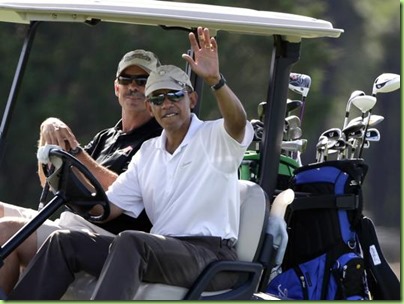 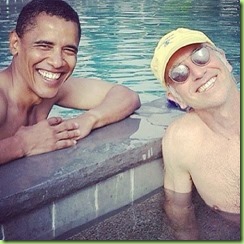 After 5 hours of golf, and a relaxing hot tub, it was time for cocktails and dinner at Val’s waterfront home in Oak Bluffs. After dinner the village held a fireworks display for Lady M, Big Guy and the Wee Wons. 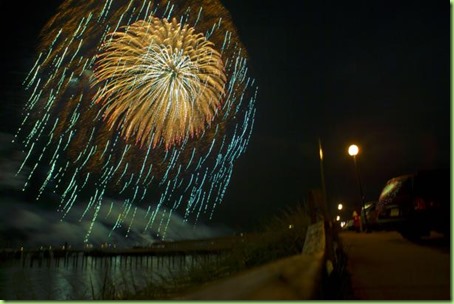 There was supposed to be a photo op, butt much to the disappointment of the trailing press pool, that was cancelled for some reason. I’m sure it had nothing to do with the Stoli on the rocks before and the case of fine Bordeaux that everyone enjoyed with dinner.

So in lieu of the family shot at the fireworks, how about this vintage shot of BO on Val’s deck (before the renovations were completed to bring it up to shadow-president standards). 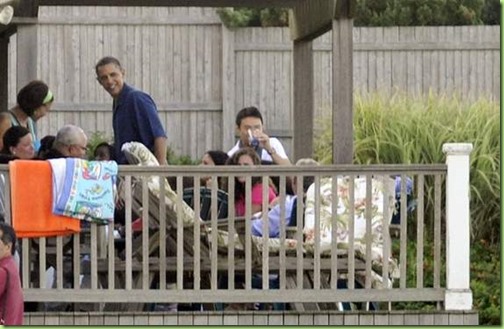 Or how about this selfie of MO and LIttle Bo? 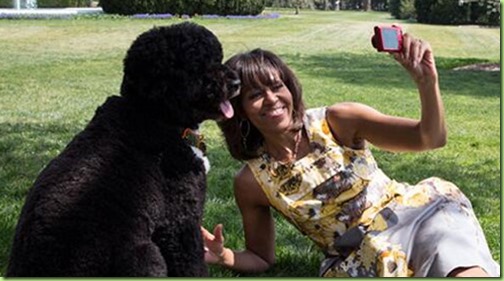 Okay, it’s not from our vacay  either, butt it’s sure better than another one of those biking photos, and it does “pose” a lot of potential for discussion and commentary.

Now I’ve got to go pack since we’re leaving today. We have to get back to Washington to make everything transparent. You know, like the Republican’s War on Obamacare.

Wait a minute! If health insurance is a right…don’t I have a right to choose?

To be continued later, when my head doesn’t hurt so much.

this surely must be Odramas FINEST HOUR!

his contributions to the world of shattered logic up to this point have been only mildy staggering in comparison to his calling “posessing” “health care” a RIGHT!

Yall have a RIGHT to a New Cadillac.....a 144 Inch Screen TV...and at least One Home on Martha’s VIneyard”

Thanks for the post, the link and the blog :) FRiend.

We didn’t need that old white man’s Constitution anymore, did we?

My pleasure!
Much better to laugh! Alinsky’s Rule #5: Ridicule is your most potent weapon!

Somebody needs to use this song and add obama footage