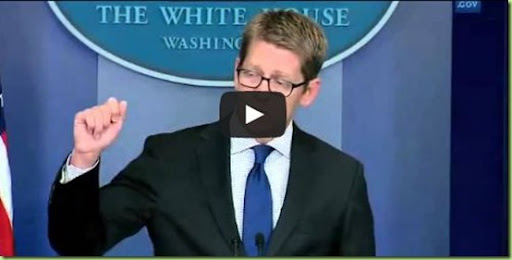 And if anyone knows what it’s like to be “willfully ignorant” it’s Jay Carney.

“People who suggest that there’s anything unusual about the delaying of a deadline in the implementation of a complex and comprehensive law are deliberately sticking their heads in the sand or are just willfully ignorant about past precedent. It’s not serious.”

Goodness, what did Jay-Jay ever do the Zip to warrant such dismissive, even derisive, ridicule? What he didn’t mention though, was that later in the briefing Jay-Jay went on to chastise a Fox Reporter for asking a question about whether Big Guy had the authority to change parts of the Obamacare law, telling him to “read the Federal Register:”

"The ability to postpone the deadline is clear," said Carney.

"I invite you to read the Federal Register," he said. "I know that'd be a lot to ask.

"You'll have to ask me?" the reporter said.

Yes, exactly. It’s always best when Jay-Jay can answer reporters’ questions with a question of his own. Makes for a much more informative press briefing if the reporter has done his homework. 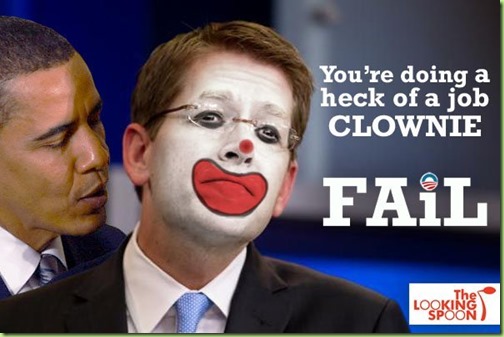 That would be asking a lot, given the standards previously established by Congress. After all, they were the ones who couldn’t be bothered to “read the damn bill”  before passing Obamacare, so how can anyone expect the media to read the Federal Register to see if Big Guy is upholding the Constitution?...

My city council does more thorough legal research before they decide to rezone an area for permit parking. 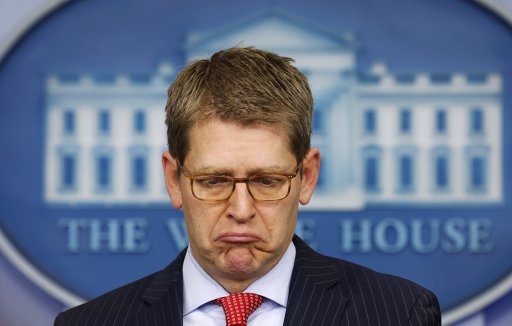