Well now, this is awkward:

If that’s not a case of the pot calling the kettle black, metaphorically speaking, I don’t know what is: 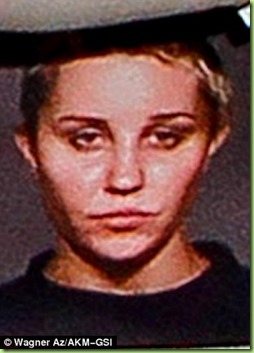 Who, you might reasonably ask, is Amanda Bynes, and what right does she have to judge the Wons’ pulchritude? Well, she’s a celebrity; a former child star, 6 time Nickeloden Kids' Choice Award winner. She “retired” from acting 3 years ago due to a lack of continuing job opportunities.

Since I don’t think Amanda has ever even met Big Guy and Lady M, it can’t be that. Although I’m reasonably certain she voted for BO, as she felt he owed her one and called in her chits when she got into a little brush up with the law last year. I guess she ran into a police cruiser, butt forgot to stop. That could happen to anyone.

Since Big Guy didn’t bother to get back to her, I’m assuming that’s what she’s still mad about. Either that, or she blames BO’s economy for her lack of Jobs! Jobs! Jobs! opportunities.

Seriously, what’s wrong with these little tweets? They have it all, butt still don’t think they’ve gotten a fair shot, and expect Big Guy to use his special powers to set things right; make sure they get a fair shake.

Just look at Bynes, she had it all - a former adorable child actress who starred in several hit TV series before moving on to do several hit movies. Her young life seemed ideal, just like her gal-pal’s, Lindsay Lohan...continued

I can’t believe we haven’t seen a picture of this girl’s ‘fancy’ yet.

Her or that other slut Miley Cyrus.

RULES must be followed people.....

RULES must be followed people.....

Hollywood Lieberal: Rules must only be followed by the “little people” not us smart elites...

Progressives are always exempted from the rules because they are, of course, better than the rest of us.