“'Twas brillig, and the slithy toves Did gyre and gimble in the wabe” – Lewis Carroll, Jaberwocky

Caution! You are entering a Spin-Zone. 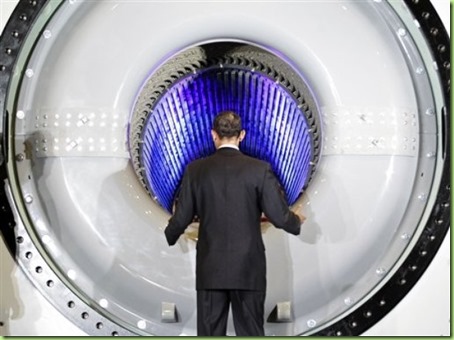 How fast do you suppose this sucker can go?

Beleaguered Attorney General Ricky Holder’s meeting with journOlists to explain how he plans to honor freedom of the press and government transparency the next time he violates the First Amendment was not well attended. Unfortunately, the meeting on transparency was off-the-record so many of the usual mouthpieces had previous engagements.

Butt allow me to turn this conversation over to somebody more capable of explaining the situation: Victor Davis Hansen. He’s not confused by Big Guy’s Wonderland of Jabberwocky; he just calls it rhetoric, and treats it accordingly:

After all, we have never had a president who descended the steps of Air Force One with such catlike agility, hands almost as paws lightly bouncing in synchronization with each elfish footstep.

“I taught Obama to Prance!” 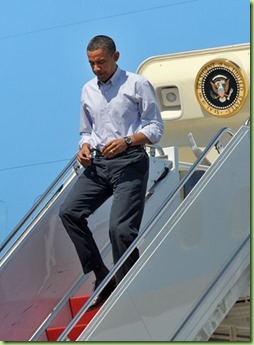 Never has a commander in chief so casually, so confidently approached the podium as if he were popping open his own laptop, his jaw almost in Mussolini style thrust out, with eyes fixed three feet above the heads of the audience — all with just the right mixture of self-assurance and canned humility. 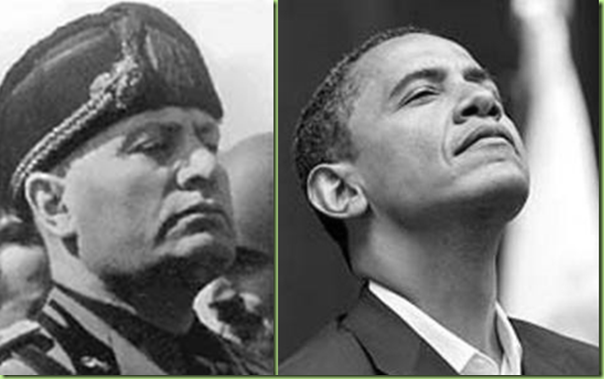 In fact, he outdoes Benito

Never has a president so mastered the teleprompter 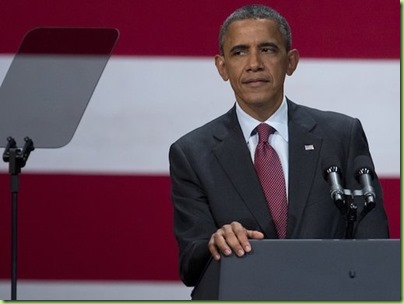 Never has a president mastered both the art of empty bluster and the art of bowing.

with foreign-policy types, he can out-authenticate the multicultural experts with accentuation like “the Taleeeban” and “Pakeeestan.” 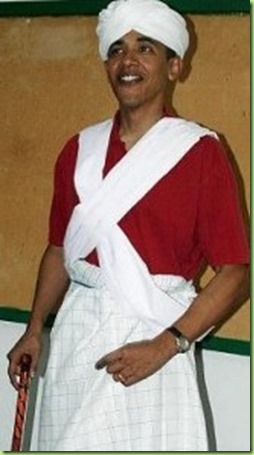 Among African-Americans, he drops his g’s,(SNIP)

Among Latinos, the “r” is rolled, and accent marks fall in the proper places, better than any third-generation Latino evening-television newsreader. 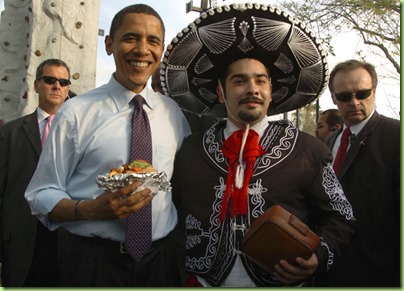 In short, Obama is the most impressive sophist of his age. 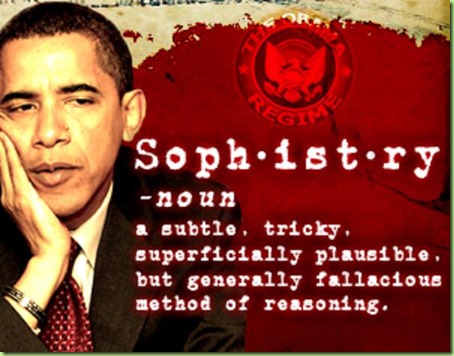 What else could you expect from a community organizer demoted to president?

“If only Barack Obama had something to say…” 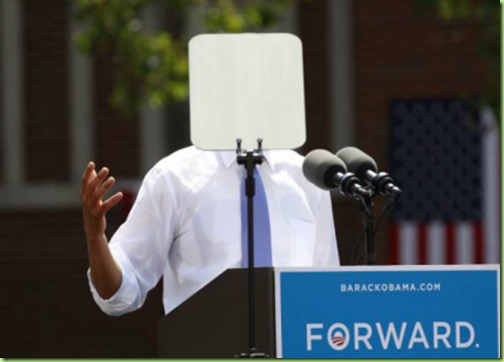 I am your Tabula Rosa: I can read anything TOTUS scrolls.

As they say, you really must read the whole thing: Our ‘Make No Mistake About It’/'Let Me Be Perfectly Clear’ President. 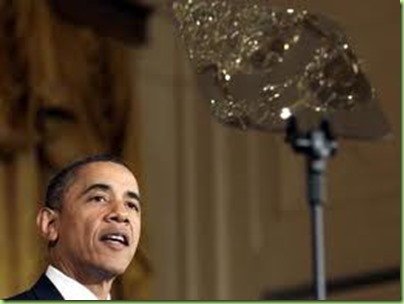 A freeze frame captures the precise moment TOTUS realizes that everything he’s scrolling is pure sophistry. And not even good sophistry at that.

REMEMBER: “THERE IS NO POTUS WITHOUT TOTUS!” 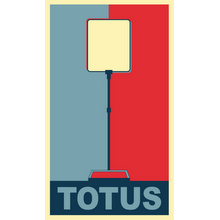 "He excels especially in the expression of dramatic anguish. His attorney general is “upset” that he had to resort to tapping the phone records of reporters. Barack Obama is torn because his drones sometime kill those beyond the four thousand intended. Obama is so bothered that his subordinates have gone after journalists that he wants Congress to stop him from himself, by passing a law to prevent his own team from doing what he finds politically advantageous. It is outrageous, Obama thunders, that the IRS is monitoring his political enemies — and so outrageous that the person who oversaw the illegal program had to be promoted to enforce the fiscal protocols of Obamacare."

If it weren't so serious.

Beleaguered Attorney General Ricky Holder’s meeting with journOlists to explain how he plans to honor freedom of the press and government transparency the next time he violates the First Amendment was not well attended.