I know you remember that horrifying day in October, 2011 when TOTUS was kidnapped and held hostage. 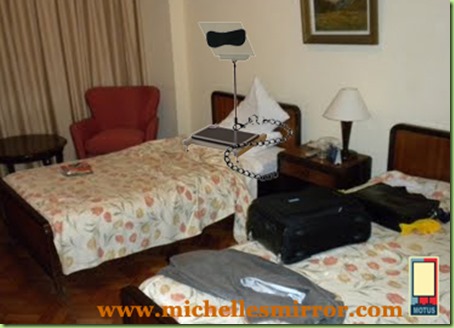 TOTUS, blindfolded and held hostage at the Holiday Inn Express

In the early days following TOTUS’ disappearance, Big White spokesboy Jay-C said investigators “could not rule out terrorism.” “The dangers posed to the free world by this heinous act can not be overstated.” Jay-C went on to explain this kidnapping could not have come at a worse time as Big Guy’s backup, TOTUS-Too, was also out of service, preventing Big Guy from doing any public speaking. 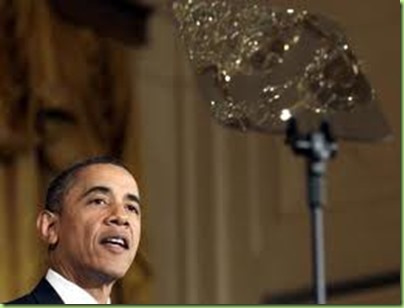 Because of the unprecedented threat to the free world posed by having Big Guy speaking sans teleprompter, the entire law enforcement world sprung into action and managed to quickly locate and free TOTUS from his captors.

A Richmond, VA career criminal, Eric Brown was arrested and charged in the kidnapping:

Agents surrounded Brown’s hideout and stormed in with tear gas and flash-bangs, stunning TOTUS & his captors. Butt as it turned out, the whole thing was simply a terrible, terrible mix-up, a petty theft gone awry.

Mr. Brown was not a terrorist, just a common career criminal looking to make a few bucks off the Occupy Wall Street crowd. As I reported at the time:

In other breaking news: I know you’ve all been concerned about the kidnapping of TOTUS from the Marriot hotel parking lot. I’m happy to report he’s been recovered, none the worse for the wear, in the parking lot of a nearby Holiday Inn Express. In fact, TOTUS reports that the breakfasts at Holiday Inn Express are much better, and he really enjoyed the hot cinnamon rolls. He said the perpetrators intended to take the whole busload of equipment to Occupy Wall Street because the crowd was growing tired of the “twinkle hands” and human microphones. 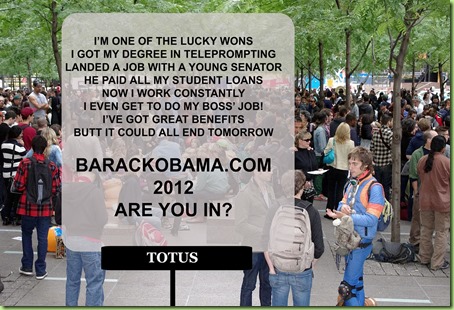 If I had been Mr. Brown’s lawyer I would have used the same defense and offered the defendant’s  own words, “Man, I got that truck. I don't do no playing,” as proof. Unless you know what that means, I submit it as prima facie evidence that the man doesn’t comprehend the language. Also, I would have pointed out that no assault rifles or high-capacity magazines were used in the execution of this crime, so how serious can it be?

Having said that, I know I’ll sleep better knowing that this perpetrator will be behind bars until 2020, at which point both TOTUS and MOTUS hope to be long retired.

Special Feature Flash Back: Tracking the source of TOTUS-Too’s breakdown: 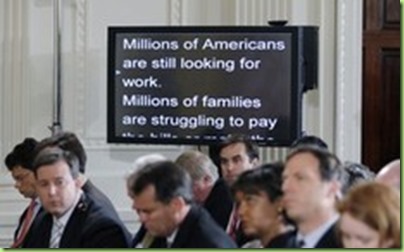 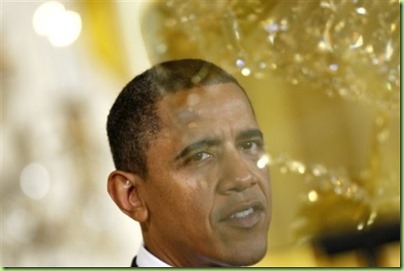 Upon hearing the report, Obama was speechless.