Disgusting. First Lance, now Manti Te’o.(snip)Manti hoaxed us about his dead girlfriend. Apparently she never actually existed; she was a composite. Seriously, who would do that? 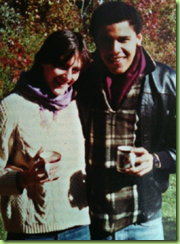 I predict a future in politics for that boy…Manti, I mean. (is that racist?).

Butt enough of that, we have bigger catfish to fry. Did you watch BO’s lecture on guns yesterday? 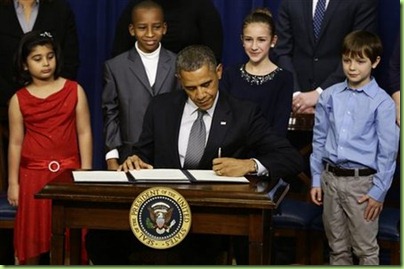 I know you’re going to get all over me about this - butt isn’t that little pawn girl on the left dressed rather inappropriately? I mean, really; a sleeveless dress? In January? To meet with the President? Who does that? 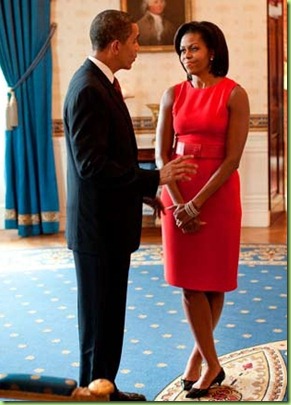 (snip)coming out of yesterday’s lecture was the presidential announcement of the newest government euphemism for gun control: “Eliminating Gun Violence.” 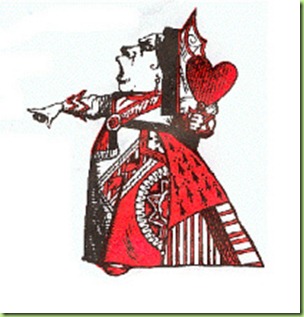 Off with their heads!

A few people took offense at the presence of what they called “kiddie props” at the photo op lecture announcement. Some even accused Big Guy of practicing “argumentum ad filium,” one of the pernicious forms of logical fallacy permeating political discourse these days:

Boy, what a cynical accusation.(snip)

So don’t worry about giving up your second amendment rights and having your guns taken away. When that happens, there will still be plenty of other, legal, less violent ways for you to protect yourself from those who would rape, rob or kill you.

guess i’m just old.
i hate ties. only wore them on the job when in class A uniform. never had a civilian job that required them. yet i wear one to funerals and weddings because it is the respectful thing to do. why any parent would not have a child wear a tie when meeting the POTUS, even this POS, is beyond me. obviously the parents are low information voters. i cannot believe any conservative would subject their child to this type of human shield event.

Even though Obama looks like a smirking turd on the prowl for a bathhouse romp with Slick Willy, he is mass murderer in waiting. Gun control is a step in that direction.