I know some of you are still wondering how Big Guy won his reelection. Well, I have a small insight for you: first, there is nothing – no matter how large or small, sacred or profane – that cannot be used for your political purposes. Take Hanukkah for example: 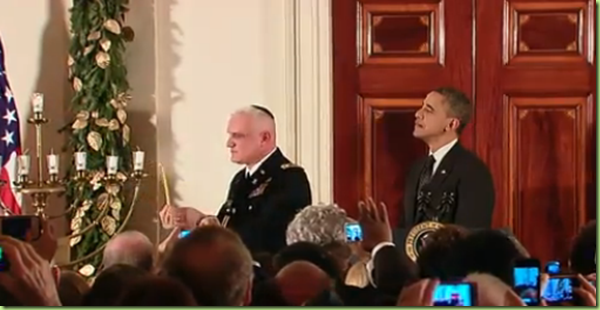 First, you invite 600 of your best Jewish friends and benefactors, then you follow the White House tradition of selecting a menorah with some kind of meaningful history. “Meaningful history” used to mean having something to do with the survival of the Jewish people following the Diaspora or the Holocaust. Since Big Guy’s been here, though, it’s had more to do with surviving hurricanes for some reason. This year we celebrated the story of how Big Guy took was credited with saving the victims of Hurricane Sandy from government red tape. 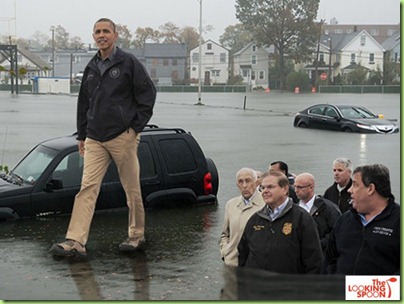 You may recall that back in 2010, Big White officials selected a menorah salvaged from a synagogue destroyed by Hurricane(snip)this year’s Hanukkah(snip)banquet including latkes served with smoked salmon, 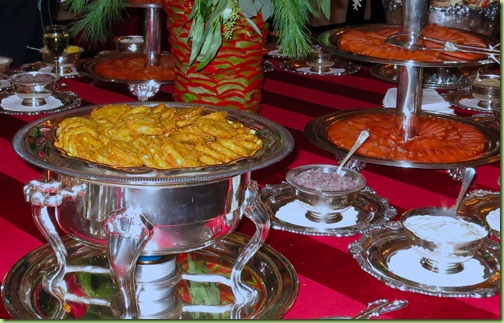 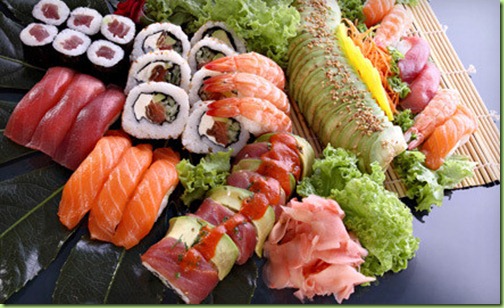 Now, in case you’re planning your own Hanukkah party, here’s one last menu suggestion. Brought to you from our Big White Department of Protocol: 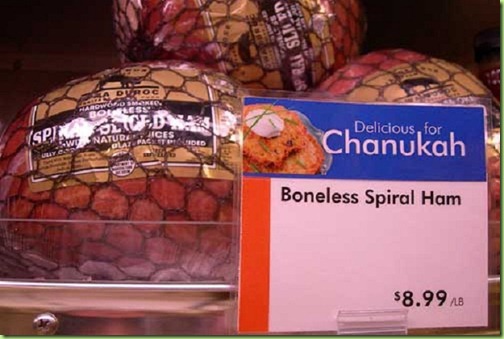 Invited for a dinner at the King’s table, that’s what matters.

Hmmm... I wonder if that is a KOSHER Chanukah ham?

wait... come to think of it, I would like to see a picture of Odumbass eating some pork