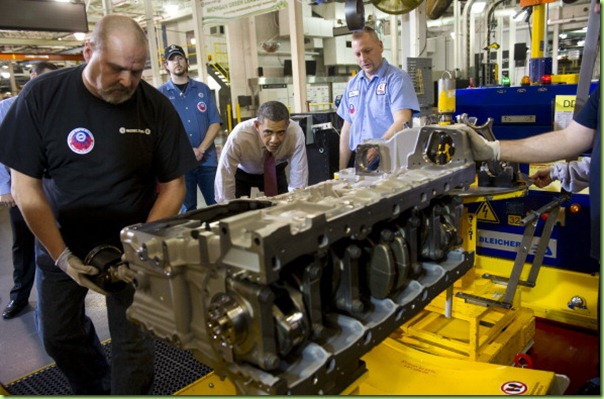 (snip)Since BO isn’t running for anything right now, this can’t be characterized as a campaign stop, so let’s just call this visit for what it is: Bully Pulpit Propaganda (BPP®). 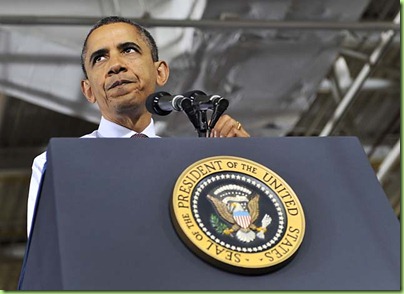 (snip)Michigan is finalizing the wording today on its “Right to Work” legislation that passed both houses last week. Massive union protests in the capital are expected, butt they will be to no avail, as it’s a done deal. 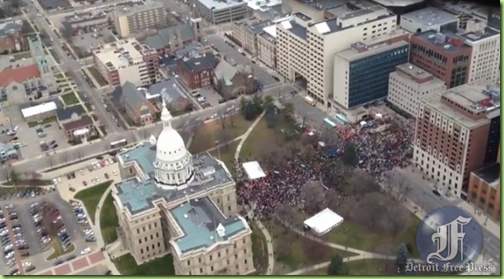 Capital building closed as of 10:30, having reached capacity. Doesn’t anyone work in Michigan any more?

Also the presidential campaign proved both the popularity and efficacy of propagandizing the issues with what the media has defined as “low information voters” (MOTUS prefers the old fashioned term, “morons”). Therefore, BO’s taken to the road to once more use his powers of celebrity to elicit the support of as many “low information voters” as possible to heckle and harass Republican lawmakers(snip)For Monday’s BPP® stop, we chose a Daimler Detroit Diesel plant just outside Detroit. 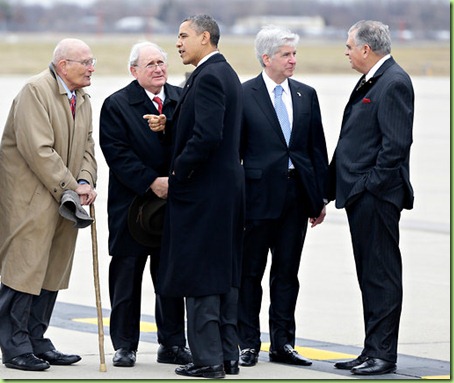 trying to give the people of Michigan a choice to either join the union or not. Which is sort of funny, since I thought the Dems were the party of “choice.” 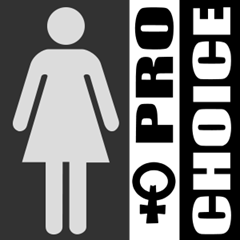 So his visit had less to do...Continued

“The President’s divisive message and attack on Michigan workers is just another indication of how out of touch Pres. Obama has become. President Obama’s continued attempt to subvert state rights is an assult on our federal system.

“I encourage the former law professor and our current President brush up on the Tenth Amendment of the U.S. Constitution, ‘The powers not delegated to the United states by the Constitution, nor prohibited by it to the States, are reserved to the States respectively, or to the people.’

“The President’s stance is a blatant attack on Michigan workers and demonstrates the President’s staunch support of special interest union bosses. Thankfully, Michigan Republican leaders are here to provide a firewall for Michigan workers and their families and to keep Michigan’s turnaround on course.”
2 posted on 12/11/2012 8:48:28 AM PST by cripplecreek (REMEMBER THE RIVER RAISIN!)
[ Post Reply | Private Reply | To 1 | View Replies]
To: NOBO2012

If this passes it is going to put extreme pressure on Obama to somehow circumvent it at the Federal level.

The right to collective bargaining is NOT BEING DENIED, by this legislation!!!!!!

The right to not have your pay STOLEN by the UNIONS, and funneled to LIBEREALS, is what is at stake.

4 posted on 12/11/2012 10:16:40 AM PST by G Larry (Which of Obama's policies do you think I'd support if he were white?)
[ Post Reply | Private Reply | To 1 | View Replies]
To: Buckeye McFrog
If this passes it is going to put extreme pressure on Obama to somehow circumvent it at the Federal level.

Do I detect another illegal EXECUTIVE ORDER on the horizon? Or perhaps WH clown already has "HIS" Attorney Holder going to court to sue Michigan like he has other states that don't do what the RATS demand. The face of America's new king, with a mandate from the electorate. Doesn't Chavez and Putin also claim they won with mandates? Our WH clown is in good dictatorship company.