Good morning everyone. Today I have prepared a remedial lesson for us on Obamacare.

I just realized that we haven’t discussed Big Guy’s legacy legislation since well before the reelection. And I recall that many of you have some reservations concerning its efficacy.

So now that it has been deemed the law of the land, I did a little additional research. As it turns out, Obamacare is not as bad as you’ve been led to believe. It’s actually worse, much worse. 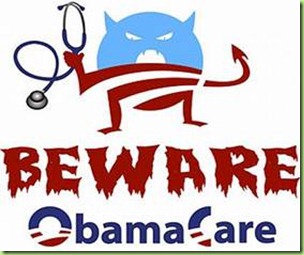 All the way from the “free, preventative” annual exams,

If you are complaining of a new problem, then you have to reschedule, since Obamacare is very clear as to what is covered and what is not. Obamacare — intentionally — makes it as difficult to be seen and taken care of as possible.

(snip)Goodness! Perhaps such drastic changes to such a crucial system is worthy of at least a brief tutorial.(snip)I just went through my vault of “senseless videos that will one day appear to be prescient” and found one that I think does a pretty good job (snip)I don’t think it needs much explanation, butt since it was not originally intended as a metaphor for Obamacare, I should point out that in your viewing you should imagine that the cars represent our existing healthcare system and the Teddy bears represent the citizens trying to enter the new, government sponsored system. The rest is fairly self-explanatory

(snip)One last viewing tip: note how the Teddy bears are fairly benign and docile at the beginning butt grow increasingly hostile and subversive as their ability to safely navigate the increasingly obstructed path becomes less and less probable. 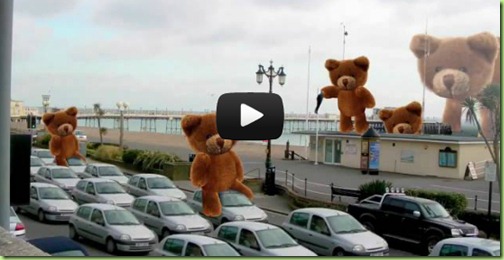 But don’t you see, everything was resolved at the end.

Teddy bears triumph, isn’t that the name of the game?

Of course, nobody EVER actually receives any delivery of health care services. Either they fall through the cracks, or into a bottomless pit, or they are simply devoured by the increasingly malicious Teddy bears.

If you are complaining of a new problem, then you have to reschedule, since Obamacare is very clear as to what is covered and what is not.

There are lots of substantive criticisms of Obamacare, but it really helps critics not look like idiots if they bother to understand how insurance works in the first place.

I just watched the vid, and I must say that it’s comforting (in a disturbing way) that there are still labs pumping out LSD.