(snip)John-boy and BO have both been able to get in touch with their girly sides, it looks like they’ll be able to get together and work through their feelings on the pending fiscal Armageddon. I predict they’ll reach an amiable agreement on both tax increases and spending cuts. I smell an $18 trillion debt ceiling for Christmas!

(snip)I can report that Big Guy’s already thinking about his next gig.(snip)

(snip)Why can’t a two-bit politician who hit the political jackpot likewise be able to ply his trade in Hollywood?(snip) 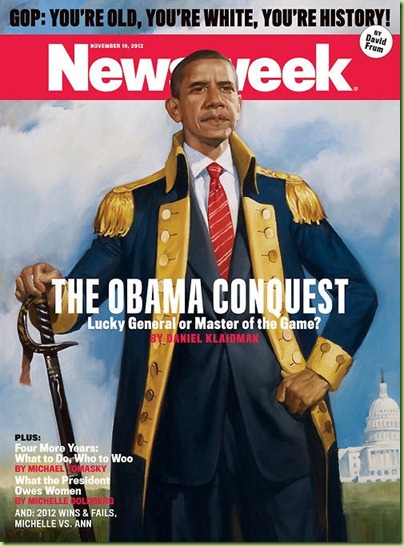 [A reading from the unreleased script for The Godfather IV(snip) 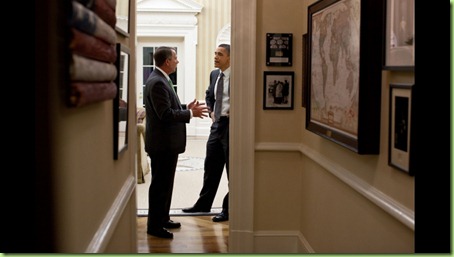 Don Obama: I understand. You found paradise in the House of Representatives, you had a good trade, you made a good living. The Republican party protected you and there was Fox News. And you didn't need a friend like me. But, now you come to me, and you say: "Barack, give me a tax cut." But you don't ask with respect. You don't offer friendship. You don't even think to call me Godfather. Instead, you come into my house, on the day of my historic re-election and you ask me to do this for you.
John Boehner: I ask for justice.

(snip)Don Obama: Good. Someday, and that day may never come, I'll call upon you to do a service for me: perhaps comprehensive immigration reform. But until that day – accept this justice as a gift on my historic re-election day.

So what do you say we wrap the week up with a little fun music...

I’ve got a good solid conservative congressman but I’ve already warned him that deals are unacceptable.

Not seeing much of it around FR but people better lean on their congresspersons hard and fast or the democrats will bowl over us while we cry in our beer.

And before anyone comes running to tell me that its a waste of time. Please do go quietly into the night but don’t skip the quiet part because those of us still fighting don’t need to hear it.

well, do the House GOPers “compromise” or do they let the Bush “tax cuts” expire?

That is what expiring tax cuts do. They expire.

It will permanently destroy America.