Good news for Big Guy: Based on the newest household survey, unemployment dropped below 8% for the first time in 44 months!!!

The answer of course lies with “mathamagicals.” Mathamagicals let you take a bad news day and suddenly make it all seem worthwhile:

Who can turn the world on with her smile?
Who can take a nothing day, and suddenly make it all seem worthwhile? 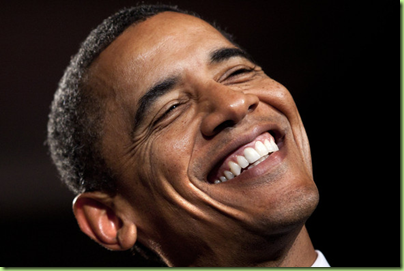 Well it's you girl, and you should know it
With each glance and every little movement you show it.

(snip)This month for example, we focused on encouraging people who have been out of work for 12 months or more to re-classify themselves as “independent contractors.” That sounds a lot better than “loser out of work for 12 months or more” don’t you think? So did many of the chronically unemployed so they chose option 3, “self-employed.” It’s good for your self-esteem and we all know how important that is.

As many bloggers know, being Self-employed is better than unemployed:

Will blog for tips

(snip)Love is all around, no need to waste it 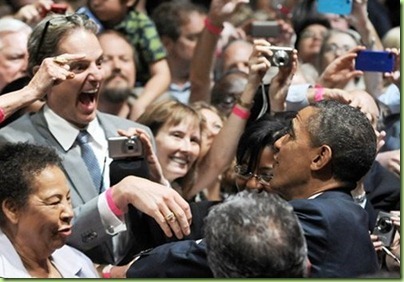 You can have a town, why don't you take it
You're gonna make it after all...

Myself and others predicted this months ago - that no matter what the economy was really doing, the hussein administration would cook the numbers to bring down the rate. All too predictable and convenient for hussein. I don’t believe a word of it.

No matter; his supporters are in for a November surprise.

(The Michelle’s Mirror blog is consistently funny. Thanks for posting.)

Obama loosened the work requirements by fiat a month ago. Now bed rest, watching your children, helping out with an elderly relative and such count as “work”. Women who were on the dole or unemployed now count as employed, part time, at home, doing what stay at home parents have always done.