Between tapings and fundraisers on Tuesday, Big Guy found time to go to the UN to condemn THE MOVIE that he blamed for Ambassador Steven’s death before he voted against blaming it. Unclear what his current position is. 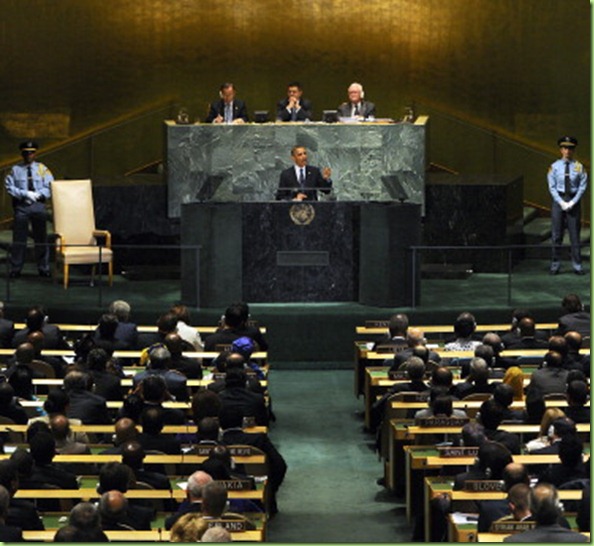 BO condemned THE MOVIE that wasn’t responsible for the embassy burning and murders by using his unique oratorical skill (i.e.,TOTUS) and employing one of his most affective stylistic flourishes: making it all about him... 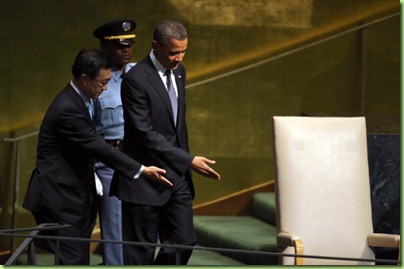 ...Nearly everyone was impressed with Big Guy’s words to the delegation: 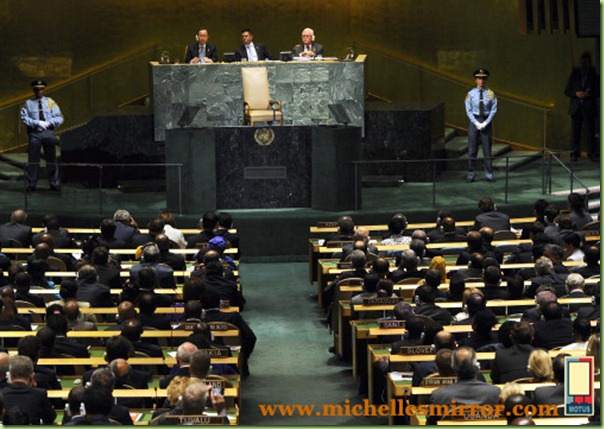 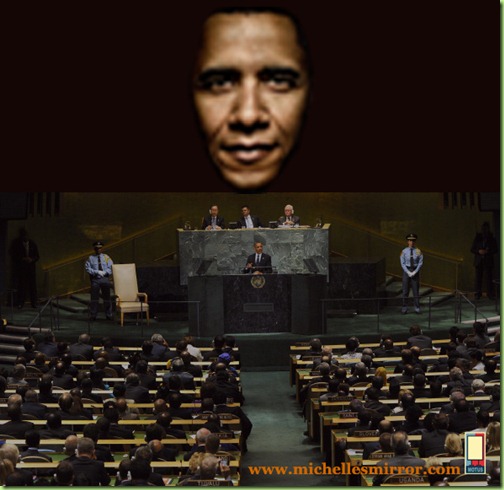 "The past was dead, the future was unimaginable." 1984

This fool deserves no respect, only ridicule, for thinking he can subjugate Americans, as though they were brain-dead Europeans. Let the wimps and Big Government pimps inhabit their little ivory tower. The vast majority of real Americans will bend the knee to no one but God Almighty.

I’d love to take the Electoral College back to 1984!