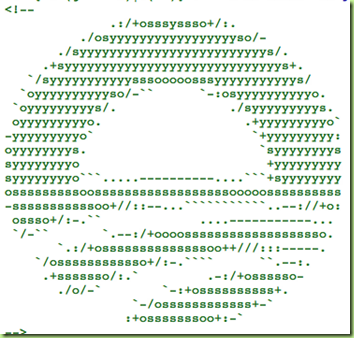 Remember our first digital, social media and tech savvy Preezy? The one who held Facebook and Google Hangout town hall meetings, a Reddit “AMA” (ask me anything) forum and is a frequent user of Twitter (remember when he “adorably” referred to it as “Twitters” in what can only be called a “W” moment?), YouTube, Pinterest, Instagram, and email blasts?...

Well then, this is embarrassing; even though BO has “his own iPhone” it appears that he still relies on his so-last-century “Black-Barry” for day-to-day communications and may not be so tech-savvy when it comes to the oh-so-trendy iPhone. Yesterday in Port St. Lucy Florida he tried to call a couple of campaign volunteers on his “personal” iPhone. Let’s just say it didn’t go very well.

"I just want to point out, this volunteering is not as easy as it looks."

Yeah, tell us about it. It’s not like community organizing. Other news from around Man’s Country (I don’t want to use that racist term, “Chicago”): their teachers are going on strike today...

“We’re not far apart on compensation, however we are apart on benefits. We want to maintain the existing health benefits…” 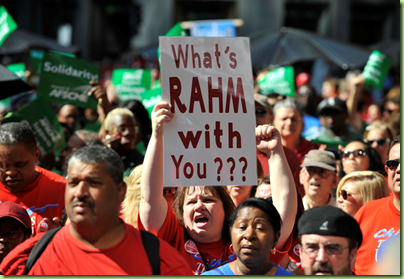 The red shirts take to the streets in C-word, Illinois

Butt don’t worry about that either because...

I suspect they are trying to protect a Union-managed health insurance program, such as the one that was recently eliminated in Wisconsin. That plan was a cash-cow for the Union, and paid for all of the costs and overhead for the Union, with enough money left over for sky-high executive salaries, buying politicians and a little for spreadin' around.

When Wisconsin dropped the Union-managed health insurance plan, the teachers got better care and costs were cut by more than half. The state went from a deficit to a surplus over-night.

Needless to say, the union is going to fight tooth and nail to keep this from happening in Chicago...

I wonder who programmed the contact info into his Blackberry?

From the look of things, not him!

Do you mean an Iphone can be used to make phone calls? I thought all it was good for was apps.