Where do you turn for inspiration once you remove God from the picture? There’s only one place: Hollywood, of course! 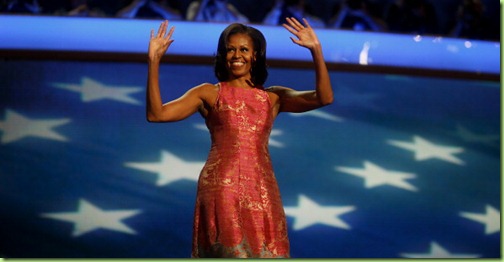 Hollywood: Where stars are born

Some people say the Reagan’s started the trend towards “Hollywooding” D.C. butt while Ronnie and Nancy were from Hollywood, they were not OF Hollywood. They brought a certain glamour to the presidency, butt the honor of bringing the trappings of Hollywood belongs to Bill and Hill. They’re the ones who first brought in the scene setters, the script writers the makeup artists and the acting coaches. They were sent packing during the Bush years, only to reappear with the arrival of the Wons.

And they are back with a vengeance. It’s been surprising just how much time they spent with Lady M; the acting coaches, the speech coaches, media consultants, the emotive therapists, makeup consultants, wardrobe consultants and hair stylists...

...And wow! All the magic came together last night in a triumph of Hollywood Imagineering over reality!

MO: too big to fail 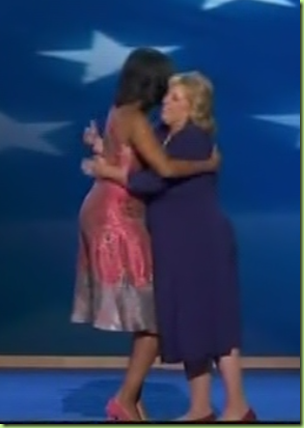 ...Oh, and her frock was lovely too...I think it was a Speedo by Tracy Reese.

And it didn’t always move as gracefully as Lady M herself: 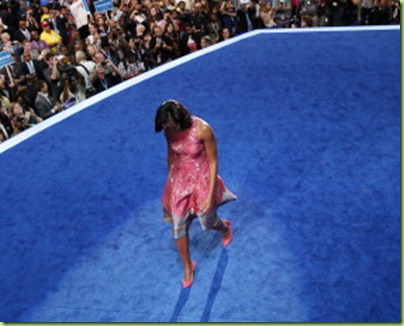 After watching this performance I’m not sure if I’m better off now than...

For a bunch of people who took God out of their platform, they said God Bless America ALL OVER THE PLACE last night.

It damn near made me vomit.