As is often the case, last week was so busy I didn’t have time to cover all the important news so today I’ll try to catch up.

I’ll start with the touchiest one: Todd Akin. While even his own party condemned his stupid comments and called for him to withdraw from the Senate race, a couple of awards for most creative criticism are in order. First runner up is Barbara Boxer for her creative appellation of “first wives and mommy-haters” to all pro-choice anti-women Republicans. Butt first prize is awarded to none other than MoDo, the NYT’s resident hysterical feminist and delicately balanced mind. 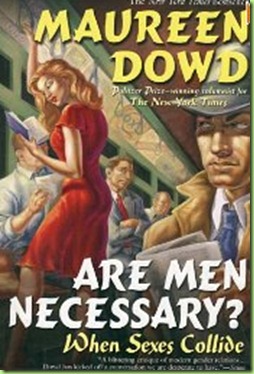 Unfortunately for MoDo, two can play this game

...Next, you may have wondered why, on the very day the CBO came out with a warning that the country is teetering on a precipice above the 11th ring of fiscal hell (damn that do-nothing Congress!), Big Guy was off in Las Vegas (baby!) talking about teachers and education.

The answer to that one is easy...

And although today officially ends Lady M’s week-long “Guest Editor” status, I would be remiss if I didn’t mention what an outstanding job she’s done at her audition over at iVillage!

Even though she had to share space with Sex Tips from the Bunny Ranch Girls.

Today’s segment is all about healthy eating (again) this time with a focus on the Big White Organic Garden of Good and Evil.

TOPICS: Humor; Politics
KEYWORDS: akin; michelle; obama
1 posted on 08/26/2012 9:06:44 AM PDT by NOBO2012
[ Post Reply | Private Reply | View Replies]
To: NOBO2012
"“When I first arrived in Washington, I wasn’t even sure that we could plant a garden. I didn’t know whether we would be allowed to change the landscaping of the White House grounds, or whether the soil was fertile enough, or whether there would be enough sunlight. And I had hardly any gardening experience, so I didn’t even really know how to go about planting a garden in the first place,” the first lady writes in American Grown."

She asks rhetorically proper questions then says she has no idea what she's talking about ..

Hoodathunk it ... Joe Biden is not only a crossdresser, but appears in black face too !