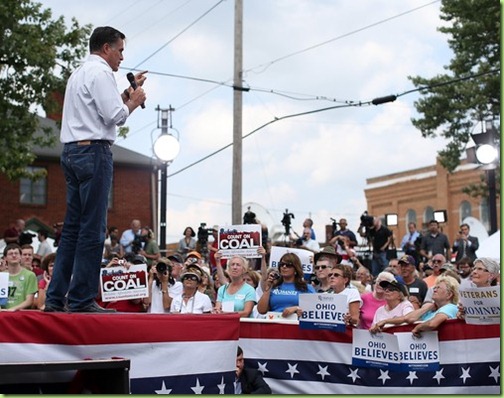 I’m not sure what to make of this: 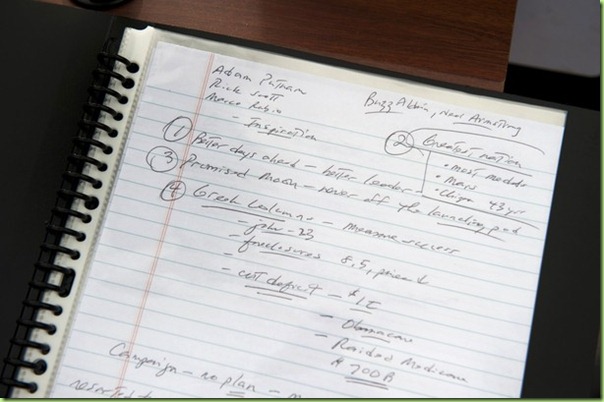 I mean, Romney writes his own notes! By hand!  In a notebook? Who does that any more? 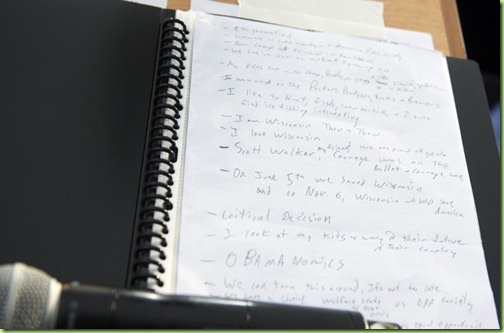 Not Paul Ryan too!?

...Wow! Imagine speaking eloquently with just a few notes. The last time someone did that, Jimmy went down for the count. Remember?

“They tell us we must learn to live with less, and teach our children that their lives will be less full and prosperous than ours have been; that the America of the coming years will be a place where — because of our past excesses — it will be impossible to dream and make those dreams come true.

I cannot and will not stand by and see this great country destroy itself....

I’d love to see some heckler’s yell “Nice teleprompter!” or chant it when Obama gives speeches.

Obama’s going to self-destruct during one of the debates...just wait and see.

The guy is no genius. He’s affirmative-action “educated” all the way. Drunk and stoned in high school...he got into Occidental, likely, by holding a foreign passport. Drunk and stoned there...he transfered to Columbia...same basis. Finally Harvard Law. Remember back in the seventies and eighties racial quotas were still new...and even top schools were engaged in bean counting.

Have you heard Obama when not on the prompter??? This guy has average intelligence at best. There are reasons his college grades have been sealed.

That's funny! This election has become an episode of Star wars starring R2-D2.

I would not be surprised to see Biden with a teleprompter soon. They have to reign that boy in. Talk about a loose cannon.

The D2 refers to Dumb (Obama) and Dumber (Biden)?

What’s tragic is that Slow Joe WAS on prompter in Danville, VA!

I admire the use of handwritten notes - it shows the ideas come from the heart and mind.