While everybody else has been wowed by the new R2 team, let me just point out that Lady M was busy wowing the crowd herself in Jackson Hole, Wyoming.

“…Wow, I didn’t know there were this many people here. This is so, so cool…And just being here just reminds us just how blessed we are…”

In fact, she set a new world record for using “just” three times in a non-compound sentence! ...she was quite taken with this mountain enclave of the 0.1% Wall Street bears. And she’ll be back. 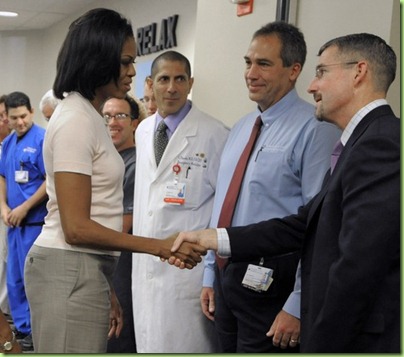 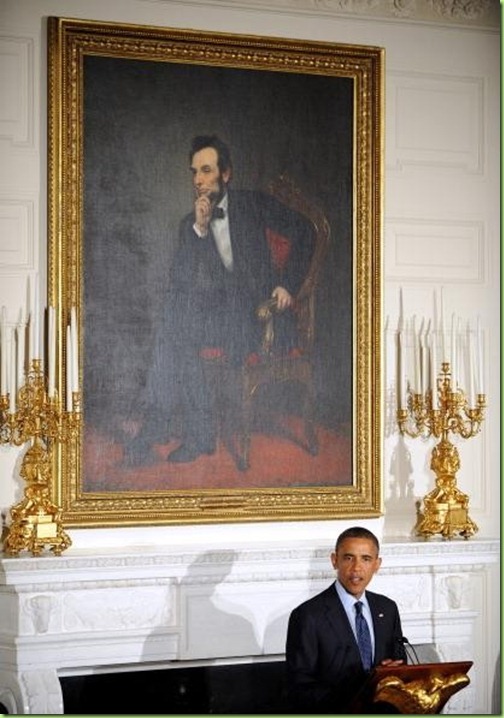 The Big White Iftar dinner is an important gesture which demonstrates that religious freedom in America is still alive and enthusiastically supported by your President, as long as it isn’t a hateful religion that wages war against women’s reproductive rights, like Catholics.

Also, for the very first time in Olympic history, every team now includes a woman athlete. And one of the reasons is that every team from a Muslim-majority country now includes women as well. And more broadly -- that's worth applauding. (Applause.) Absolutely. 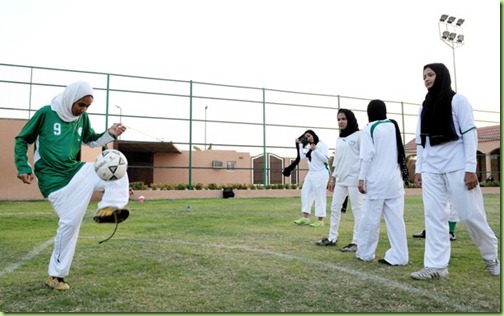 No way this costume will be detrimental to performance ...

WHAT or WHO is Lady M?
Madonna?

Note that the guy in the white jacket looks like Obama, ears and all.