I didn’t see the normal Friday night news dump this week. I guess we figured there was already enough negative news floating around this week to make our usual “bad-news Friday” unnecessary.

Just on the economic front alone it was an awesome week:

2. Foreclosures are hitting our most vulnerable citizens... 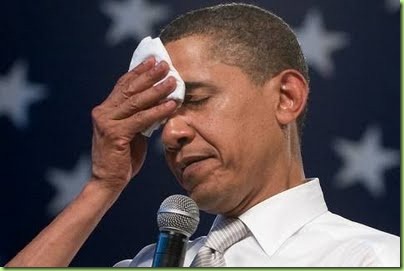 ...Did I mention that Romney is a Mormon? I’ll bet he’s rich too – something that really bothers typical white women with big brains like Cher:

... I know I’ve given Lady M short shrift lately due to all the other news, frankly I thought you might enjoy the break after the full Brazilian, butt I’ll try to do better next week. Till then, let’s all just enjoy MO’s big day out in Philly, hawking the virtues of No Child’s Fat Behind.

Lady M looks great butt I’d like to give a shout out to Kathleen Sibelius: “Hey Kitty! Your age is showing, cover those knees. And it wouldn’t hurt... 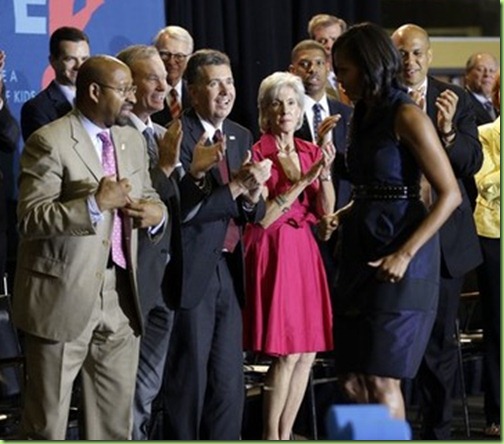 Mooch has been going to the Elaine Benes School of Dance.

2 posted on 07/21/2012 1:26:21 PM PDT by hattend (Firearms and ammunition...the only growing industries under the Obama regime.)
[ Post Reply | Private Reply | To 1 | View Replies]
To: hattend
First BO, who - in that special way he has - managed to personalize this tragedy, thereby making it feel more heartfelt:

My daughters go to the movies. What if Malia and Sasha had been at the theater, as so many of our kids do every day?

Well, Hussein... the shooter would have been cut down by the Secret Service after the first few shots. What an asshat. It's always about him!
3 posted on 07/21/2012 1:33:26 PM PDT by hattend (Firearms and ammunition...the only growing industries under the Obama regime.)
[ Post Reply | Private Reply | To 2 | View Replies]
To: hattend

Does the President need that many "presidential seals" to remind him who he is? And get your feet off the upholstery, you pig!

Hey, reclining seats with footrests can be had on something as mundane as a Toyota Sienna!

Wow Sebelius looks really frail in that pic. More like 78 than 64. The pressure is on..... 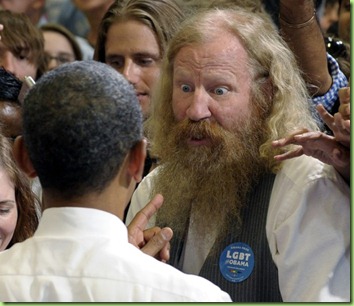 I bet Barry has his body man carry lots of hand sanitizer.