These extremist Arabs, (or Iranian or Turkish) who were regarded by Hitler as momkeys, now copy Hitleristic cartoons against Jews?

Antisemitism in the Arab and Muslim World and its Influence on Muslim
Communities Abroad
Jan 22, 2008 – Jews and Israelis are portrayed as stooped, hook-nosed and money-hungry, as snakes (a particularly nefarious figure in the Arab world) bent ...
http://foreignaffairs.house.gov/110/jac012208.htm

Anti-Semitic Incitement in the Arab Media - Anti-Semitic Cartoon - ADL
The stereotypical Jew, with his long beard and hooked nose, is a common image used by the ...
http://www.adl.org/anti_semitism/arab/cartoon_arab_press_061802.asp

The Arab Media’s Portrayal of Jews - ADL
Feb 7, 2006 – Anti-Semitism in the Arab/Muslim World ... The caricatures show Jews as Nazi-like, hooked nosed and clad in stereotypical black hats and ...
http://www.adl.org/main_arab_world/arab_media_portrayal_jews.htm

Cartoons from the Arab World
A selection of cartoons from the media of seven Arab countries (Jordan, Qatar, Saudi ... This Nazi-type anti-Semitic caricature of a Jew has a hooked nose,
http://www.tomgrossmedia.com/ArabCartoons.htm

Ignoring History’s Lessons on Hate
Anti-Semites once again get a free pass from Foggy Bottom.
By Rafael Medoff
March 28, 2008 4:00 A.M.
[...]
The omission is especially surprising because just a few days ago, the American Jewish Committee released a study showing the PA’s schoolbooks characterize Jews in “hateful” and “derogatory” language, cite the Protocols of Elders of Zion as a legitimate source of historical information, and omit any mention of the Holocaust. (State’s report did contain one vague mention of the fact that in the 1990s, Holocaust denial “became commonplace in popular media in the Middle East, particularly in the Palestinian Authority” — without any acknowledgment that most of that so-called “popular media” is government-controlled).

The State Department’s report defined anti-Semitism as including “allegations about Jews such as . . . Jews controlling the media” and “drawing comparisons of contemporary Israeli policy to the Nazis” (pp. 6-7). Yet among the numerous anti-Semitic cartoons that the report reprints, one did not find, for example, the August 13, 2007 cartoon in the official PA newspaper, Al-Hayat Al-Jadida, of a hook-nosed Jew with prominent side-curls controlling the Arab media, or the March 4 cartoon, titled “Gaza’s Holocaust,” featuring an Israeli attack helicopter with its propeller in the shape of a swastika. (Expanding on that theme, a new Holocaust Exhibit has just opened in Gaza, featuring depictions of Israel throwing Arab babies into crematoria.
http://www.nationalreview.com/articles/224065/ignoring-historys-lessons-hate/rafael-medoff

Israel Apartheid Week kicks off | The Telegraph | JTA
Mar 2, 2009 – ... the school’s Muslim Students’ Association put up a series of posters near a ... Another featured a caricature of a hooked-nosed Hasidic Jew with a star of David, pointing a bazooka at the nose of an Arab carrying a slingshot;
http://blogs.jta.org/telegraph/article/2009/03/02/1003389/israel-apartheid-week-kicks-off
Campuses awash in tension over Israel apartheid week
Mar 2, 2009
http://www.nationalpost.com/news/story.html?id=1343206

Symposium: They’re Back: The Nazi Posters
May 30, 2008 – The Muslim Students Association is one of those groups — and its ..... to say, an evil spider spreading its legs over the world, hook-nosed clerics ...
http://archive.frontpagemag.com/readArticle.aspx?ARTID=31148

2008 Human Rights Report: Iran
Bureau of Democracy, Human Rights, and Labor
2008 Country Reports on Human Rights Practices
Report
February 25, 2009
[...]
On September 26, a Holocaust denial book by student members of the Basij was released. The cover depicted a hook-nosed Jew dressed in traditional Jewish clothing drawing outlines of dead bodies on the ground. Inside pages pictured bearded Jews leaving and re-entering a gas chamber with a counter reading 5,999,999. Another picture showed a hospital patient covered in an Israeli flag and on life support, breathing lethal Zyklon-B gas used in the Holocaust.
http://www.state.gov/j/drl/rls/hrrpt/2008/nea/119115.htm

My Encounter With the Enemy in Milwaukee By: David Horowitz FrontPageMagazine.com | Tuesday, May 13, 2008. While waiting to speak at the University of ...
At the top of the page was an anti-Semitic caricature of a Jew in the classic style familiar from the Nazi posters of the 1930s, which have become ubiquitous in the Arab world. The Jew in the caricature was standing in a garbage can with the cover on his head, dressed in a Nazi uniform, with an armband marked “H” for “Horowitz,” and the caption read “Horowitz Awareness Week.” This is the central of the tropes of the Muslim Students’ Association campaign on college campuses across the country: Jews are Nazis. “Bring your white sheets and brown shirts and COME ON DOWN! Flaming crosses and Stars of David will be supplied to those who arrive early.”

On the side of the garbage one can read a series of slanders about me that have been given currency by radical professors and the secular left on college campuses: “Muzzling Academics, Blacklisting, Hate Mongering, Race Baiting, Spying…” The flyer describes me as an “Israeli apologist and Judeofascist, and claims that I ran an ad in the university newspaper “alleging that a UWM student group, the Muslim Students’ Association, is an extremist organization engaged in violent jihad.”
http://archive.frontpagemag.com/readArticle.aspx?ARTID=30832

Author David Horowitz responded today to his recent controversy at the University of Wisconsin-Milwaukee. David Horowitz, a popular conservative writer, was derided in a Nazi-like anti-Semitic cartoon, put out by the Muslim Student Association.

Fact: Jews are a mixture, a religion, also an ethnicity and a culture. 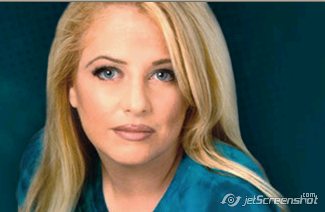 I’ve said it before and I’ll say it again...There are many worse things in the world than racism.

Hitler at first refused to meet with the fanatical Jew hating Mufti of Jerusalem until his adjutant reminded him,

Worse, is killing because of racism and pretend to act "against bigotry." Mind you, Forsane Alizza, Mohamed Merah's organization claimed to fight anti-Muslim intolerance and was banned in January because of... inciting racial hatred in a McDonalds. Sounds loike a typical CAIR group...

After Germany defeated France in 1940, chants against the French and British echoed around the streets of Damascus: "No more Monsieur, no more Mister, Allah's in Heaven and Hitler's on earth."

Adolf Hitler assured the exiled Grand Mufti of Jerusalem, Muhammad Amin al-Husseini, at a meeting in Berlin in November 1941 that his goal was the "destruction of Jewry living in Arabia." The Führer had racist objections to Arabs as well, though. He declined to shake the Mufti's hand and refused to drink coffee with him.

Hitler nevertheless provided the Mufti, who later sponsored Palestinian leader Yasser Arafat, with a budget of 750,000 Reichsmark per month to foment Jihad in Palestine. In an example of ideological flexibility, the SS even recruited Muslim volunteers and declared that the Muslims living in the Balkans belonged to the "racially valuable" peoples of Europe.

“Worse, is killing because of racism and pretend to act “against bigotry.””

Even worse, I think, is killing because of religious bigotry and pretend to act “against Satan”.