During World War II, the OSS liaison officer to Josip Broz Tito’s Communist Partisans was American agent Major Linn “Slim” Farish. Farish’s accounts helped decisively to switch Allied support away from Draza Mihailovich and to Tito. But who was Farish and how credible were his reports? New evidence from the Venona decrypts reveal that he may have been an agent allegedly working for Soviet intelligence. British Brigadier Fitzroy Maclean of the Special Air Services (SAS), a special forces unit of the British Army, referred to him in Eastern Approaches (1949) as “my American chief of staff”. Was Linn Farish, like James Klugmann, a committed Communist in SOE in Cairo, a suspected KGB agent with possible links to the Cambridge Five, an instance of Communist subversion from within? Was Farish merely manipulated and duped by the Communists or was he a Communist or Soviet agent himself?

Linn Markley Farish was born on October 3, 1901 in Rumsey, California. He died on September 11, 1944 on a mission in Yugoslavia in a plane crash over Greece.

He attended Stanford University in California where he played football and rugby, majoring in geology. He was a member of the U.S. Olympic team which won a gold medal at the 1924 Olympic Summer Games in Paris, the Games of the VIII Olympiad. By profession he was a geologist and petroleum consultant. As an engineer and pilot, Major Farish was sent into Yugoslavia as a secret agent as part of OSS during World War II, replacing U.S. Captain Melvin Benson. He was selected as the OSS representative to the SOE mission to Tito. His role was to map out landing strips for U.S. aircraft to rescue downed U.S. airmen. He was part of several rescue operations, rescuing hundreds of airmen shot down over Yugoslavia. He spent three 90-day periods in Yugoslavia, parachuting into territory controlled by the Communist guerrillas under Josip Broz Tito in Bosnia. He achieved the rank of Lieutenant Colonel when he left Yugoslavia for the last time on June 16, 1944. Killed on his third mission in 1944, he was awarded the Distinguished Service Cross.

The Venona decrypts were part of a clandestine joint intelligence operation between the US and UK intelligence agencies involving cryptanalysis of messages sent by intelligence agencies of the Soviet Union during World War II. Venona was created in 1943 by Carter W. Clarke, the deputy chief of U.S. Military Intelligence or G-2. Code breakers of the U.S. Army Signal Intelligence Service analyzed intercepted Soviet intelligence messages. Most of the messages were intercepted between 1943-1945. The list of Americans with possible ties to Soviet intelligence based on the Venona decrypts included not only Linn Farish, the senior OSS liaison officer with Tito’s Communist and Soviet-backed Partisans, but also Julius and Ethel Rosenberg, Alger Hiss, J. Robert Oppenheimer, the scientific director of the Manhattan Project, FDR adviser Harry Hopkins, and Robert G. Minor, Office of Strategic Services, Belgrade. Minor was one of the twenty suspected members of OSS with possible ties to Soviet intelligence.

After the Venona decrypts were published, new information about Linn Farish emerged. In these records, Farish is identified under the code name “Atilla”, a KGB contact. He is shown meeting with an unnamed Soviet controller named “Khazar”. He also met with a high-ranking member of the Yugoslav Communist hierarchy named “KOLO”. KOLO was Sava Kosanovic, who was the Yugoslav Ambassador to the U.S. from 1946-1950 under the Tito Communist regime. In the decrypts, Kosanovic is shown receiving instructions from Pavel Fitin, the KGB chief. In 1946, the FBI had Kosanovic under surveillance when he met with Soviet agent Nathan Silvermaster, who was part of the Elizabeth Bentley espionage ring.

Farish’s report of October 29, 1943 based on his six-week stay with the Communist Partisans in Bosnia was rushed to FDR before the Teheran conference. His memo was decisive in the switch of Allied support to Tito. Farish reported that “the Partisans have always fought the Germans and are doing so now….They are a more potent striking force at this time than they have been before….Their present strength is given as 180,000 men.” He alleged: “Whereas the Partisans have fought steadfastly against the Axis occupying forces, other Yugoslav groups have not done so … Mihailovich ordered his Chetniks to attack the Partisan forces … the Chetnik forces have been fighting with the Germans and Italians against the Partisans.” He described the Partisans as a “free community” in which persons “of any religion or political belief can express an opinion”, comparing their movement to the American revolution: “It was in such an environment and under similar conditions that the beginnings of the United States were established. 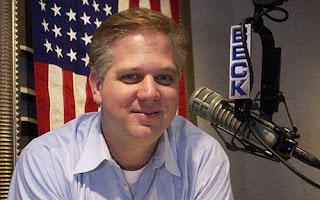 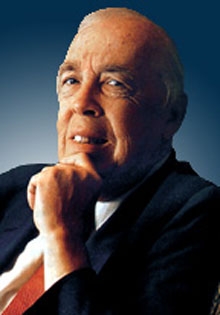 In a June 24, 2010 interview with author Stanton Evans about Communist and Marxist subversion within the United States during World War II, Glenn Beck discussed the Draza Mihailovich case. Beck discussed the Venona papers and how a smear campaign can be used to discredit anyone. Beck noted: “This is a system and they have done it to people in that entire timeline there.” Evans responded: “You’re so right. It’s happened both domestically and in foreign policy. Any anti-Communist leaders like Mihailovich in Yugoslavia, Chiang Kai-Shek in China, and others were de-legitimized by this very same technique. A Soviet agent named James Klugmann was responsible for sending back to Churchill this information that Mihailovich, who was the anti-Communist in Yugoslavia, was no good, he was collaborating with the Nazis and only Tito was fighting against the Nazis. Completely false. Churchill cut off Mihailovich. They gave all their aid to Tito. Yugoslavia goes Communist. A Soviet agent named Solomon Adler sitting in Chung King China 1944 sending back similar reports about Chiang Kai-Shek. Chiang Kai-Shek is not fighting the Japanese. He’s a collaborator. Only the Communists are fighting the Japanese. Well, then cut off Chiang Kai-Shek. Give the aid to the Communists. China falls to the Communists. It’s a pattern.”

Farish later grew suspicious of British reports in praise of Tito. He insisted on having American radio operators. Arthur Jibilian was one of the radiomen who accompanied Farish. In his final report filed on June 28, 1944, in Bari, Italy, Farish would file a more accurate, Objective, realistic, and skeptical report on the situation in Yugoslavia. He indicated that his first report was based on British disinformation and Communist Partisan propaganda. He observed that “each side places the blame on the other.” He concluded: “It appears to me that there are indications in the past few months that there has been less emphasis placed on the fight against the enemy and more preparation for the political struggle to follow the ending of the war.”

The damage, however, had been done. He had helped to discredit and to demonize Draza Mihailovich and the Chetnik guerrillas based on deceptions and lies. Was Farish “a credulous conduit for pro-Tito propaganda” or was he a Communist or KGB agent himself? Was he an example of Communist subversion from within?

Freeman, Gregory A. The Forgotten 500: The Untold Story of the Men Who Risked All for the Greatest Rescue Mission of World War II (2007). New American Library.

Kurapovna, Marcia. Shadows on the Mountain: The Allies, The Resistance, and the Rivalries that Doomed WWII Yugoslavia (2009). NY: John Wiley and Sons.

The Communist Caucus in the government has been subverting us for years. Only now they are running out of money and becoming more apparent with their totalitarian agenda.

They are not running out of money. They are after all, the state. It’s just that they think we have been so dumbed down that now is the right time to openly take over.

“It’s just that they think we have been so dumbed down that now is the right time to openly take over.”

Half of the OSS was infiltrated by the NKVD...