The polling in Ohio has ramifications far beyond the next seven weeks and the midterm cycle. Barack Obama won Ohio in 2008, the first Democrat to do so in decades, just two years after a scandal involving the previous Republican Governor had allowed Democrats to take control. Two years after that historic result, Democrats are stumbling badly as Ohio prepares to return to its Republican roots, according to Survey USA:

And isn’t Ohio the bellwether state of America?

I was always told that when you go black, you never go back. I guess this just another adage that has been proven untrue.

Where are the ACORN Party planners?

He stole Ohio....he has never won anything in his life.

5 posted on 09/15/2010 1:32:32 PM PDT by oust the louse (When you subsidize poverty and failure, you get more of both.)
[ Post Reply | Private Reply | To 1 | View Replies]
To: rightistight
If I was a white independent or wishy washy Republican and had voted for Obama in the hopes of racial healing only to have the race card crammed down my face every second of the day, then that would be the last time I ever gave the Dems/Libs a hat tip.

Obama has been a disaster for racial relations.

I think it is going to sweep through both houses of the Ohio legislature. 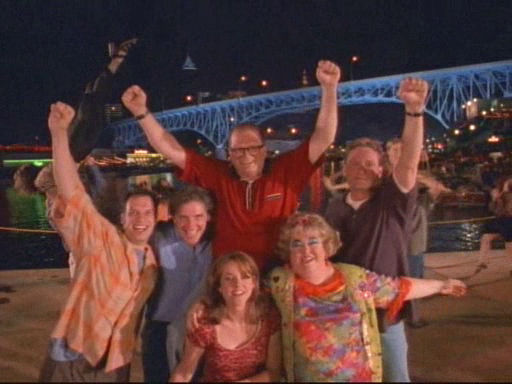 I cant feature Evan Bayh or anyone else seriously challenging the Kenyan unless Mrs. Clinton has a stroke or something.

Thre are a lot of sheep up there.