To: OldCorps
Solzhenitsyn had one of the greatest lives of the past century. He was a Russian soldier fighting the Germans, was a prisoner of Stalin in the camps for eight years, was a cancer patient with little chance to live, lived in internal and external exile, and won a Nobel prize in Lit.

CANCER WARD is my favorite novel. His ONE DAY IN THE LIFE OF IVAN DENISOVICH was the first opening of truth in the Soviet system.

His warning to us is well encapsulated in these words “The problem is the West is the spiritual impotence that comes from a life of ease.”

4 posted on 06/24/2009 7:30:18 AM PDT by Monterrosa-24 ( ...even more American than a French bikini and a Russian AK-47.)
[ Post Reply | Private Reply | To 3 | View Replies ]
To: Monterrosa-24
"And how we burned in the camps later, thinking: What would things have been like if every Security operative, when he went out at night to make an arrest, had been uncertain whether he would return alive and had to say good-bye to his family? Or if, during periods of mass arrests, as for example in Leningrad, when they arrested a quarter of the entire city, people had not simply sat there in their lairs, paling with terror at every bang of the downstairs door and at every step on the staircase, but had understood they had nothing left to lose and had boldly set up in the downstairs hall an ambush of half a dozen people with axes, hammers, pokers, or whatever else was at hand? . . ."

". . . After all, you knew ahead of time that those bluecaps were out at night for no good purpose. And you could be sure ahead of time that you'd be cracking the skull of a cutthroat. Or what about the Black Maria sitting out there on the street with one lonely chauffeur"what if it had been driven off or its tires spiked? The Organs would very quickly have suffered a shortage of officers and transport and, notwithstanding all of Stalin's thirst, the cursed machine would have ground to a halt!"

One of the bravest and gifted men of the 20th century. He confirmed for millions the evils of communism and the complete moral disqualification for leadership of the entire soviet nomenklatura.

I've met or corresponded with a few great men in my life, but by far the man I wanted to meet the most was Alexander Isaevich. Unfortunately, I never did. 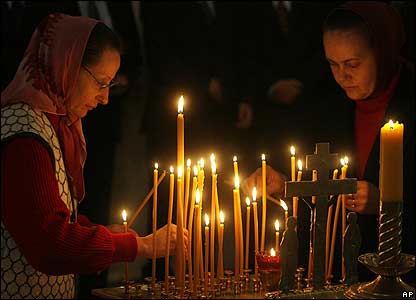