Omarosa Manigault-Newman should never have been allowed to breathe Situation Room air, and that she did, while jeopardizing national security, is a sad and frightening testament to the Trump administration’s utter lack of seriousness from its conception.

And now, the President is paying the price for hiring some of the worst people to work for him: An unqualified, backbiting and dishonest former employee is waging a public relations war.

I have no idea if what Manigault-Newman is alleging Trump did or said is true. It’s all plausible — would anyone be shocked to learn a man who has openly, publicly called women, Mexicans, immigrants, journalists, foreigners and his enemies abhorrent names also used the worst word imaginable in private at some point?

That’s not to say it isn’t deeply disturbing to conjure it. And suffice it to say, to actually hear Trump use the N-word, in context, on tape might indeed trigger a collapse of support for his presidency. But don’t get too excited; it would likely only happen among establishment Republicans who remember the party is supposed to be embarrassed by rank racism, and only temporarily, until Trump is needed to win an important election in a district that, you know, appreciates that sort of thing.

Considering his administration was caught literally ripping infants out of the arms of their mothers to prove a political point, predictions that this controversy will be the one that does him in are sadly little more than wishful thinking.

Lawfare Executive Editor Susan Hennessey tweeted, “I’m going to make a prediction that may be naive and might be proven wrong soon enough. But I honestly believe that if a tape of the President saying the N-word is made public, he will be forced to resign or at a minimum not run for reelection.”

Brian Beutler writes for Crooked Media that “Trump is right to be scared of an N-word tape,” because “millions of Americans believe racism only describes people who use forbidden slurs in casual conversation. Hearing Trump do that would, as a matter of almost mathematical certainty, be a turning point for some of them, and Trump can’t really afford to lose even a small sliver of his remaining support.”

To be clear, this tape may not exist. Trump is denying it, and former Trump allies are, too. Corey Lewandowski told Fox News “I have never heard the President use that word ever.”

Katrina Pierson has made several statements, many contradictory, but that nonetheless plant the seed that the source is corrupt: “The reason Omarosa is facing a wrath of contradiction is because she can’t keep her lies straight,” she said, with little sense of irony.

But if the tape does ever materialize, it’s fair to say with certainty that Trump will suffer no real consequences for it. There are a few reasons why.

Plenty of Trump supporters made an early calculation that whatever he says or does that is otherwise loathsome is an acceptable bargain if he also restores jobs, nominates the right judges, lowers taxes or builds the wall. They won’t care.

Plenty of other Trump supporters voted for him because they saw him as a protector of white America, whether through rhetoric or policy. They won’t mind.

And, as I said, the GOP has shown little moral fortitude beyond milquetoast denouncements of Trump here and there. Why would that change now?

Of course, we should continue to denounce the indefensible, lament the lamentable and hope for some kind of awakening of conscience. But that hope is based on exactly zero past evidence, unfortunately.

After more than three decades of the “n-word” being used in rap music, it really doesn’t have the shock value libs want it too.

Yep, there are probably many more.

I know Truman was quite the racist; not sure on public quotes.

25 posted on 08/15/2018 1:15:33 PM PDT by jonrick46 (Cultural Marxism is the cult of the Left waiting for the Mothership.)
[ Post Reply | Private Reply | To 2 | View Replies]
To: 2ndDivisionVet
would anyone be shocked to learn a man who has openly, publicly called women, Mexicans, immigrants, journalists, foreigners and his enemies abhorrent names

Still waiting to hear those abhorrent names. It wasn't "women" in general - it was to Rosie O'Donnell in particular. He called Mexicans illegals when they were in fact illegals. Journalists? Fake news purveyors? Spot on. Foreigners? Provide proof please. "His enemies" ... what abhorrent name has Trump called "his enemies"?

Does she still put her long legs up on the table while on TV?

Would Sippy Cupp ever write the truth? That democrats wouldn’t mind if Keith Ellison beat a woman directly in front of them simply because they think, as a Muslim, he’s allowed to?

I don’t care who says it. Turn on the radio. It’s in common usage.

I think it’s kinda trashy. I was raised right, so I don’t usually say it.

But to have a stroke if a white person says it, when blacks say it all the time? Don’t care. Meaningless.

I am so tired of all of this crap that happened or might have happened X number of years ago. The past is the past. I highly doubt that there is a single person alive that has not said some word at some time in their life that someone else wouldn’t find offensive. I don’t like the word and don’t use the word but when I was a kid growing up X number of years ago, round rocks found in the field were called n*****r heads...……..my Dad said it all of the time. I guess we had a lot of rocks in the field.....

Just two weeks ago Obama and Michelle were at a JayZ concert with 20,000 other people, dancing to a “song” called NIGGAS IN PARIS

Its apparently not as big a deal as she makes it to be.

It is a WORD. I doubt he did say it, but it is not the end of the world if he did. Judges are freeing murdering jihadists, rapists and child snatchers, the word does not matter!

You can ditch the fake glasses now honey, no one thinks you’re smart.

Oh you stole my thunder. That’s the first thing I thought of when I saw her in glasses.......never could stand her with or without glasses and her ignorance and put-on opining didn’t change one bit with those Walgreens specks.......;)

You can ditch the fake glasses now honey, no one thinks you’re smart.

Oh you stole my thunder. That’s the first thing I thought of when I saw her in glasses.......never could stand her with or without glasses and her ignorance and put-on opining didn’t change one bit with those Walgreens specks.......;) 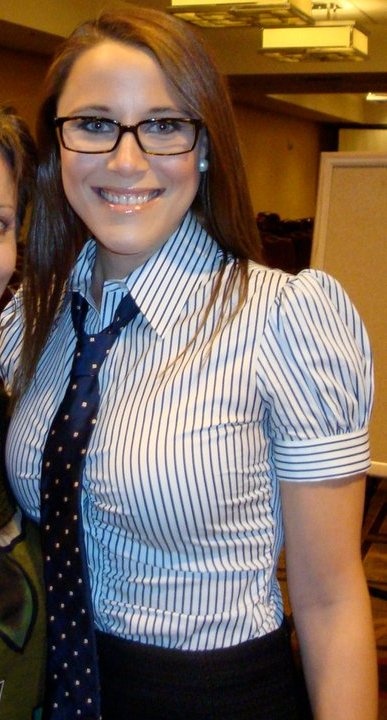 Unlike most conservative women, Cupp is at her best when she's silent. It's good for her that she still has a couple of things working in her favor.

words like the F bomb are very common place. Negro professional football players use the word all the time. These people of darker skin pigment use it as much as those who now wear pussy hats, and use the name of Almighty God with disdane. The N word..in modern society needs to be in full use, and anyone can use it, even a whitey wanting to insult another whitey. Game On.