Remarks by President Trump Before Marine One Departure ("Well, I think Biden is going down.")
whitehouse.gov ^ | 10/3/19 | Whitehouse

Q Mr. President, first question, what did you —

Q What exactly, specifically, is inaccurate in the whistleblower’s complaint?

Q What exactly is inaccurate in the whistleblower’s complaint?

THE PRESIDENT: Well, if you look at the whistleblower’s complaint, it’s totally inaccurate because the conversation that I had was absolutely perfect. And most people that have read it say the same thing. The whistleblower never saw the — saw the conversation. He got his information, I guess, second- or third-hand. He wrote something that was total fiction. And now, when people see that, they’re not happy.

Q Do you want to restrict investment flows into China and have Chinese stocks delisted?

THE PRESIDENT: Well, we’re looking at a lot of different things. China is coming in next week. We’re going to have a meeting with them. We’ll see. But we’re doing very well.

So, we’ll see. I have a lot of options on China. But if they don’t do what we want, we have tremendous — tremendous power.

Q Mr. President, what exactly did you hope Zelensky would do about the Bidens after your phone call? Exactly.

THE PRESIDENT: Well, I would think that, if they were honest about it, they’d start a major investigation into the Bidens. It’s a very simple answer.

They should investigate the Bidens, because how does a company that’s newly formed — and all these companies, if you look at —

And, by the way, likewise, China should start an investigation into the Bidens, because what happened in China is just about as bad as what happened with — with Ukraine.

So, I would say that President Zelensky — if it were me, I would recommend that they start an investigation into the Bidens. Because nobody has any doubt that they weren’t crooked. That was a crooked deal — 100 percent. He had no knowledge of energy; didn’t know the first thing about it. All of a sudden, he is getting $50,000 a month, plus a lot of other things. Nobody has any doubt.

So, if I were the President, I would certainly recommend that of Ukraine.

Q Have you asked President Xi to investigate at all?

THE PRESIDENT: I haven’t, but it’s certainly something we can start thinking about. Because I’m sure that President Xi does not like being under that kind of scrutiny, where billions of dollars is taken out his country by a guy that just got kicked out of the Navy. He got kicked out of the Navy; all of a sudden, he’s getting billions of dollars. You know what they call that? They call that a “payoff.”

Q In your view, Mr. President — in your view, should the White House comply with any congressional subpoenas associated with the whistleblower complaint?

THE PRESIDENT: I can. Yeah, I can.

Q How can you do that? How?

Q Mr. President, Pakistan is urging (inaudible) talks with the Taliban. Are you going to do that?

THE PRESIDENT: Well, we have a real problem. We’ve been hitting the Taliban very, very hard. And, as far as I’m concerned, they still haven’t recovered from killing 12 people — one of — happened to be a great American solider from Puerto Rico. They still have not recovered, and they probably never will.

THE PRESIDENT: No, but I read Mitch McConnell’s statement yesterday, and he read my phone call. And, as you know, he put out a statement that said that was the most innocent phone call he’s read. And I spoke to him about it, too.

He read my phone call with the President of Ukraine. Mitch McConnell — he said, “That was the most innocent phone call that I’ve read.” I mean, give me a break. Anybody that reads it says the same thing. And the only people that don’t understand it is when they look at the false, fabricated, fraudulent statement made by Shifty Schiff.

THE PRESIDENT: Well, I think Biden is going down. And I think his whole situation — because now you may very well find that there are many other countries that they scammed, just like they scammed China and Ukraine. And basically, who are they really scamming? The USA. And it’s not good.

Q He said he was carrying out the official policy —

THE PRESIDENT: And that’s probably why China, for so many years, has had a sweetheart deal where China rips off the USA — because they deal like people with Biden, where they give their son a billion and a half dollars. And that’s probably why China has such a sweetheart deal that, for so many years, they’ve been ripping off our country.

Q Do you support SB-206 — the college athletes getting paid? Or do you side with the NCAA and the schools? And do you think this should be a federal law?

Q Has North Korea gone too far this time with the ballistic missile? Is that too far?

THE PRESIDENT: We’ll see. They want to talk, and we’ll be talking to them soon. We’ll see.

Q Mr. President, why did recall the U.S. Ambassador to Ukraine? Was she a problem? Why did you recall her?

Trump’s rally tonight is going to be AWESOME! The helipad format has forced Big Media to ask actual questions instead of giving speeches.

What will his announcement be like? “In the interest of preserving the privacy of my family going forward,.... I have elected to withdraw.”

“Because Trump is so evil, we are afraid for our safety by me staying in the campaign”??

This will be interesting. I bet crazy Joe has a team working on it now. 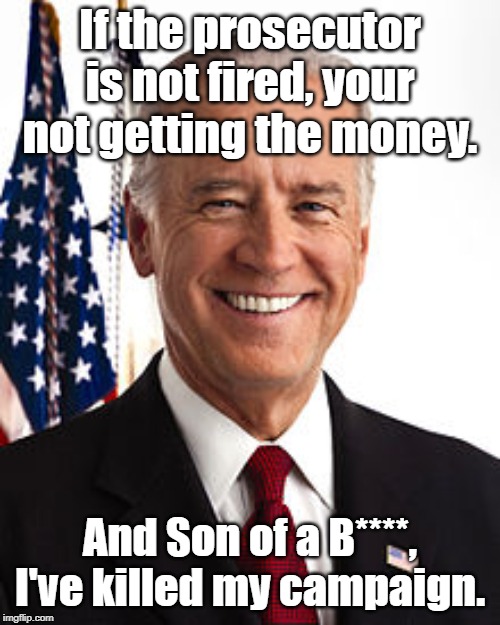 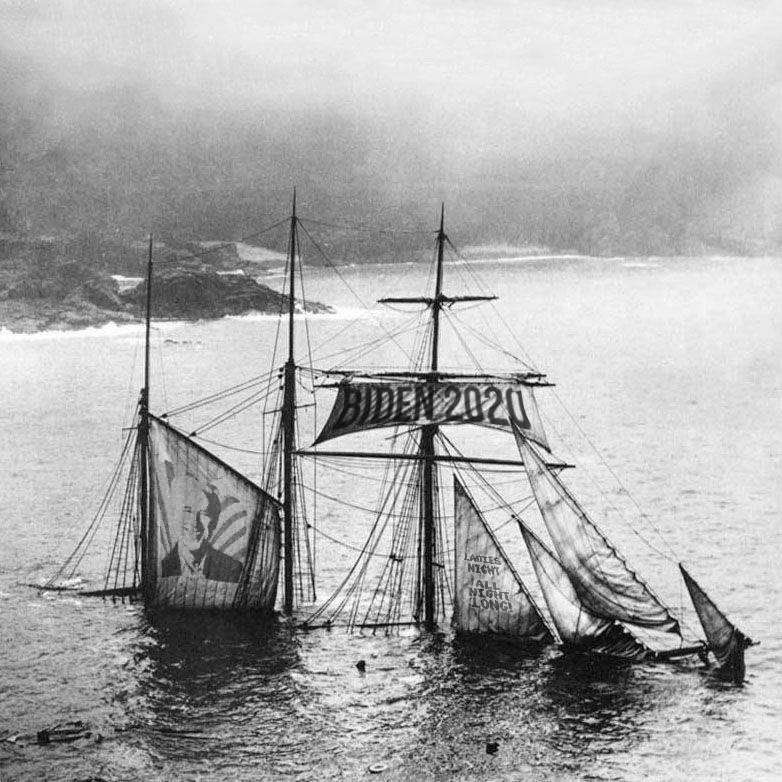 7 posted on 10/03/2019 11:50:19 AM PDT by dead (Trump puts crazy glue on their grenades and they never know it until after they pull the pin.)
[ Post Reply | Private Reply | To 1 | View Replies]
To: ransomnote
you may very well find that there are many other countries that they scammed

Trump knows things before he teases the media - Biden is done.

“To avoid causing a distraction that would interfere with the Democrat party’s great plans to take away your guns, ruin your healthcare, and tank the economy, I am “suspending indefinitely”...and endorsing Poca...I mean Senator Poca...aw dammit that fake Indian woman with the shrill voice”.

Really? His Obamacare replacement was due out in August. Maybe he'll talk about that in Florida.

10 posted on 10/03/2019 11:54:34 AM PDT by DoodleDawg
[ Post Reply | Private Reply | To 1 | View Replies]
To: ransomnote
Q Mr. President, what exactly did you hope Zelensky would do about the Bidens after your phone call? Exactly. THE PRESIDENT: Well, I would think that, if they were honest about it, they’d start a major investigation into the Bidens. It’s a very simple answer

Don't you love this man? Any other of these GOP bum politicians would have backed down, with these questions esp when you see that they're coming at him from all sides, including the likes of people from his own party...

But he double downs...

Our president is a very fast learner. He gave them a chance to do the right thing, and they squandered the honor and privilege to be on the WH Press Corps.

Now, they’re just a bunch of gaggling voices with no face.

Dem ticket will be Warren and the Army major babe.

Trump delivered a great speech today at the Villages on Medicare and signed an executive order.

No actual rally tonight, though.

Will have rallies the next two Thursday nights.

Next week in Minnesota and the following Thursday in Dallas.

Damn, I was looking forward to that. Thanks for telling me though and now I can ignore the news tonight.

Sorry you are disappointed, but PDJT’s event took place a couple hours ago this afternoon.

Hope you will be able to enjoy both of the upcoming rallies, each of which will be starting at 7 PM CT or 8 PM ET.

Yeah, I agree, my newsworthy portion of the day is pretty much done.

Will probably keep listening to Hannity, check Howie Carr and Mark Levin—and wait to see what’s on tap for tomorrow.

Just thought you’d might like to know that President Trump’s event today in Florida about Medicare will be repeated on CSPAN tonight at 8 PM ET.

Hope you’ll be able to enjoy this second chance to see what you were looking forward to . . .

if it is, the black vote stays home

And CSPAN keeps just about everything archived on their website if, like me, you plan to be watching baseball this evening.