Today, June 6, marks the 70th anniversary of D-Day, the fateful evening during World War II in 1944 that Allied troops stormed the beaches of Normandy, France, to battle Hitler's Nazi forces and liberate mainland Europe. One of those soldiers, on his very first combat assignment, was a young Canadian named James Doohan, who later when on to great fame as Montgomery "Scotty" Scott on Star Trek: The Original Series. That bit of trivia -- and the story that goes along with it -- may be old news to longtime fans, but to the Star Trek newcomers out there, it's a tale that's well worth repeating.

"The sea was rough," Doohan recalled of his landing on Juno Beach that day, an anecdote included in his obituary, which the Associated Press ran on June 20, 2005. "We were more afraid of drowning than (we were of) the Germans.

He’s been called “The craziest pilot in the Canadian forces” during the war. Once was grounded for flying TOO extreme.

Doohan was always self conscious about the mangled hand. If you see him in Star Trek, he always manages to hide that hand from the camera.

Never noticed that before

I heard he was a genius with accents. He could do any accent and they finally decided on the Scottish one because of the Scots contribution to engineering. I think besides getting his finger shot off he was also shot 4 times in the leg and once in the chest and was saved by a silver lighter his brother gave him. 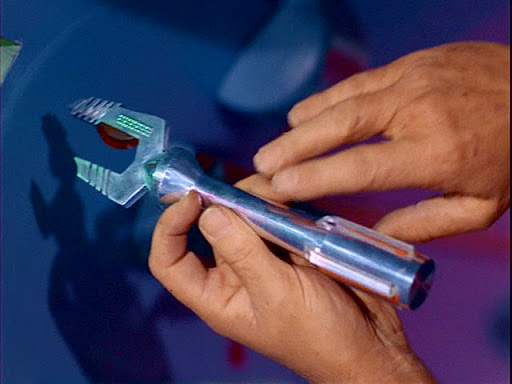 It doesn’t look that bad to me but that is one of the few I have seen where he didn’t have the hand hidden. He should have treated it as a badge of honor.

-Charles Durning (both survived Omaha Beach and the Malmedy Massacre.

Although Mel Brooks and Benny Hill were both WWII vets, I don’t think either served at D-Day.

1. The bombing mission to strike the Wermacht defenses and simultaneously provide craters on the beach for cover - failed.

2. Most of the DD-Shermans in the 1st waves foundered - no mobile beach artillery - failed.

3. The rocket barrages from Allied ships fell short of the beaches - failed.

4. Those USN destroyers (and probably some Brits as well) saved the day when they defied orders and closed to within 800 yds of the beach to place fire on observable targets.

5. No mention of the "Beast of Omaha" on this show. But he was mentioned last night on another D-Day show. If Heinrich Severloh's story is close to accurate, he was personally responsible for >2,000 U.S. casualties at Omaha.

He was an officer in the 7th Battalion (LI) The Parachute Regiment. On D-Day this Battalion made contact with Major Howard at the Orne Bridge now called Pegasus Bridge. Todd was the officer who made contact. In the The Longest Day (1962) he played Major Howard and the meeting with Todd was one scene. In D-Day the Sixth of June (1956) he played the commander of his Battalion in the filming of the same scene.

Mel Brooks was a Combat Engineer. Benny Hill was in supply...his superiors thought he was the worst soldier in British Army history. His forte was comedy.

15 posted on 06/06/2014 11:04:39 PM PDT by MuttTheHoople (Ob)
[ Post Reply | Private Reply | To 12 | View Replies]
To: MacNaughton
If Heinrich Severloh had been an American soldier holding off enemy forces for 9 hours against overwhelming odds, he'd have been awarded the Medal of Honor.

However, American veterans are understandably upset with him. When he surrendered a couple of days later, he took great pains to not let them know who he was...he'd probably been taking out and shot.

He was simply a soldier serving his country the best he could.

Aye. He should have taken counsel of good King Harry:

He that outlives this day, and comes safe home,
Will stand a tip-toe when this day is nam'd,
And rouse him at the name of Crispian.
He that shall live this day, and see old age,
Will yearly on the vigil feast his neighbours,
And say 'To-morrow is Saint Crispian.'
Then will he strip his sleeve and show his scars,
And say 'These wounds I had on Crispian's day.'