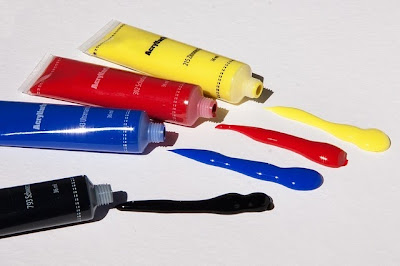 There are far more blacks on Death Row in the United States than whites, and this is attributed by the usual suspects, namely the mainstream media and Lefties, to - you'll never guess - racism.

This is an exampe of the kind of pro-black, anti-white prejudice that we have to constantly endure from the self-proclaimed "progressives" (who are anything but):

Today people of color continue to be disproportionately incarcerated, policed, and sentenced to death at significantly higher rates than their white counterparts.

The much simpler, Occam-razor-obeying in its parsimony, explanation is that blacks commit disproportionately many more crimes, including capital ones.

These are the U.S. Department of Justice official statistics:

This means that some race, sex and age groups are disproportionately represented in murder statistics.

So, basically blacks are much more likely to commit murder than whites, in the same way that men and youngsters perpetrate more homicides than women and people over 25. The difference is that, although it is well known and accepted that males and young people offend more, we don't read or hear in the mainstream media that blacks offend more, even if the public is not stupid and suspects it.

While whites are 82.9% of the American population, they only execute 45.3% of all murders. Conversely, blacks, who are just 12.6% of the population, carry out an astonishing 52.5% of all homicides.

The different rates of victimization (6 times higher for blacks) and offending (8 times higher for blacks) for murder quoted above also belie the "black-on-black" crime narrative which the media love and use to try to shelter blacks from the accusations of racism and hate crimes that would arise spontaneously by looking at the statistics. Blacks commit more attacks on whites than on other blacks. From the New Century Foundation's report The Color of Crime:

Oh, look who is racist now!

The blog of my friend, author Alexander Boot, has some more statistics:

What about interracial crimes then? There’s no shortage of those, according to the FBI study for 2007, cited in Pat Buchanan’s book Suicide of a Superpower... Blacks also perpetrated 14,000 assaults on white women – with exactly zero committed by white men on black women.

If interracial crime is the ugliest manifestation of racism, what does this tell us about where racism really resides — in America?

A reference to the pamphlet Black Skin Privilege, by David Horowitz and John Perazzo, can provide us with the appropriate conclusion by means of the following considerations:

Black sin privilege has created an optical illusion in the liberal culture that white on black attack are commonplace events when in fact there are five times as many black attacks on whites as the reverse. As Horowitz and Perazzo note, in 2010, blacks committed more than 25 times the number of acts of interracial violence than whites did.

Very interesting statistics, but whites are no longer over 80% of the American population. I think it’s actually less than 70% now, or close to it. They must be including Hispanics in the ‘White’ category.

one day there will be a Shrine to the Unknown Fool.......and Al Sharptons Image....non name just an image will be carved into it. If you removed the black and Hispanic populations, and the crimes they commit, from the US, it would look like one of the more peaceful European countries.
There is a high price to creating what amounts to third world enclaves within the walls of civilization. Perhaps we should cease doing so and demand civilized behavior from all citizens.

There’s a difference between “disproportionately” and “undeservedly”.

We’re in a bit of a gray area.

As Fletch would say “Charcoal Gray”

7 posted on 08/25/2013 6:22:17 PM PDT by Vendome (Don't take life so seriously, you won't live through it anyway)
[ Post Reply | Private Reply | To 1 | View Replies]
To: Little Ray
There is a high price to creating what amounts to third world enclaves within the walls of civilization. Perhaps we should cease doing so and demand civilized behavior from all citizens.

The democrats created a separate culture where one didn't need to exist. Prior to the 1960s most blacks simply wanted to be included in American culture.

Just judging from the past couple of weeks of black on white crime, there aren’t nearly enough young black men in prison, or on death row. After watching flash mobs looting, and gangs beating on bystanders, prison camps start to look like a good idea.

My compliments on that! I got a good laugh from that.

Doesn’t matter how it was created, it is what we have.
I guess we should also punish those who try indulge and exploit this “culture.”
It would be nice if we could simiply call the “race card” overdrawn and cut it in pieces.

This is pretty tough in prisons, but Obama has solved the problem in America’s schools.

No black can be suspended unless a white is suspended too.

Black problems are to be ignored while a white wearing white socks is to be expelled.

For the Left, it has to be racism. Anything else means a complete failure of their policies.

There is clearly a sexist angle here. How come half of the death row population is not made up of women? I say we need a title 9 for death row!

What you say is evident in my son’s school. The problem is that the kids all know it and it breeds animosity towards the authority figures by whites. At the same time the blacks figure they can get away with anything. It’s really a screwed up system the government has created and it exacerbates problems instead of helping.