With the thirtieth anniverasry of the Reagan Inauguration and the noncoincidental hostage release, I am looking for a copy of a cartoon I once had, I believe by Jeff MacNelly.

It showed Carter as a mouse about to be released by a Khomeini cat which was warily eyeing a Reagn bulldog. He is saying something about his patience paying off.

I want to use it on Facebook to commemorate the dual anniversart while pointing out that some of us have seen the likes of BHO before.

I am firmly convinced that after he won the elction Reagan let Iran know (through backdoor channels) that his first order would be to declare war on Iran if those hostages were not released 2 seconds after he is inaugurated.

And they damn well knew he meant it. 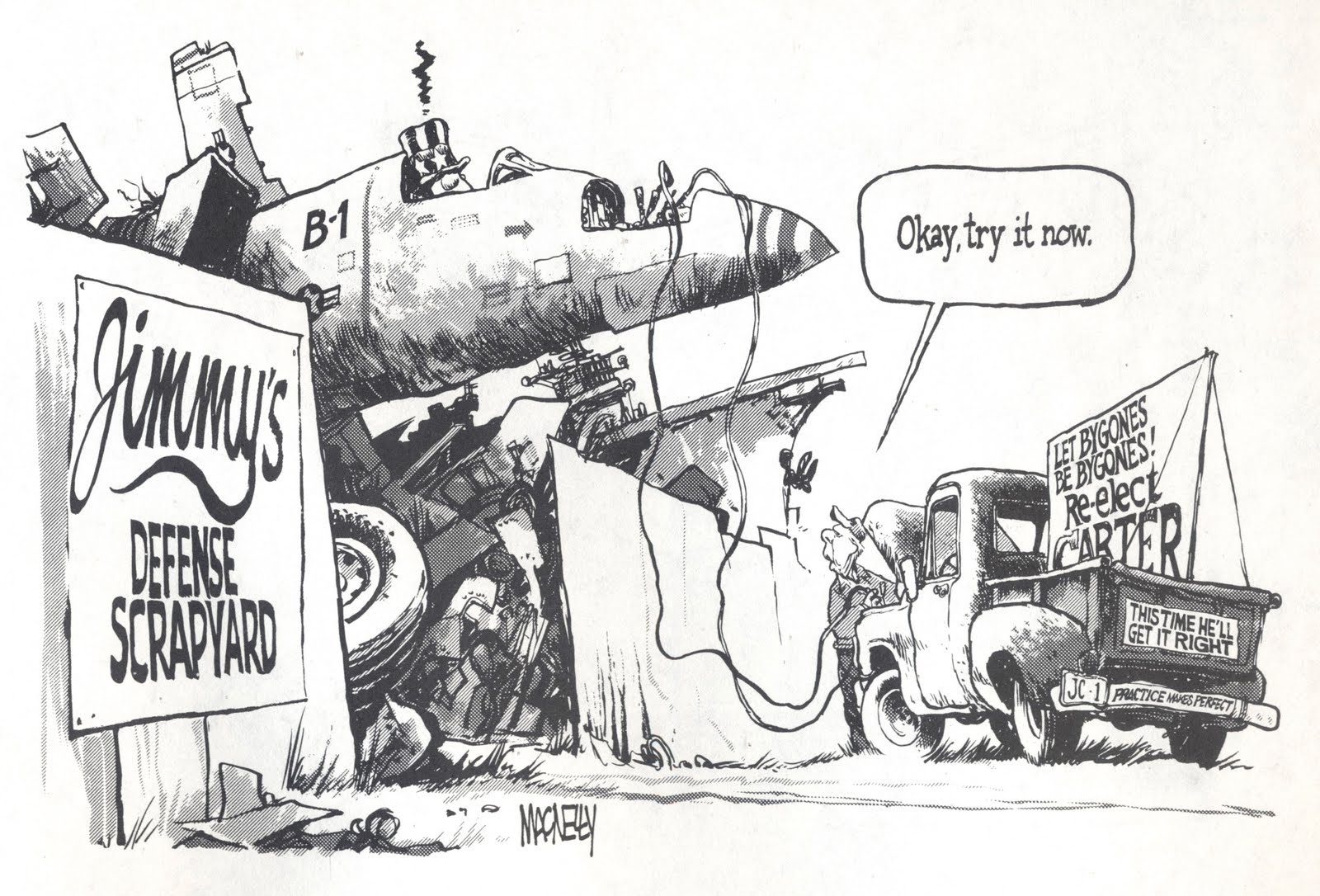 Yep, a classic slam on the excuse a lot of Dems used.