it was possible that they might be able to get a transcript.
= = =

Yes, odd to me also.

Unless they thought Trump would release it. Or maybe sarcasm on their part?

Too funny. I urge Rudy temper his outbursts because his client is not well-served by them, and that is “clutching peals,” and swooning, and fainting?

Rudy may be passionate about his role as Trump’s lawyer, and that is good. But being controlled by that passion is NOT good. And sometimes when Rudy gets on TV he certainly comes off as not having control of that passion.

“Perhaps Romney is more your cup of tea.”

Hardly. If you read my posts re: Mittens you’d come to a different conclusion.

“....seem to exhibit a lot of butt hurt that they don’t get the set policy. “

My first job out of B school in 1979 was as a financial analyst with a fortune 200 manufacturing corporation. Every couple weeks, along with several other analysts, I was routinely called on to make presentations to the executive committee and occasionally even the board. The CEO would drop in on us all the time during our strategic planning think tank sessions, and often we’d share flights with the CEO or other top brass to visit prospective merger, acquisition or divestiture candidates, or large construction sites, on the corporate jet.

Boy did I feel important!

Then after three years of this, it all stopped - no more being treated like a kingmaker - it turned out that this highly unusual interaction with top brass had been part of a strategic planning phase - now being followed by an implementation phase involving no such interaction. Suddenly we were just like every other mid to low level management grunt - reporting only to our direct supervisor and rarely even seeing top brass, much less advising them.

It’s not that we had failed - nobody suggested that - it was just a change in the dynamics - but I had been “spoiled” by that experience and it felt like a real slap in the face.

These bureaucrats remind me of myself back then - they are butt hurt because the President was not seeking or heeding their advice, or laying them the respect to which they were accustomed.

Rudy gave the Trump the tools to survive this hit. The democrat party is having a hard time containing what he knows. They have to blockade relevant witnesses and have made this resemble a reconstituted version of Hitler’s Peoples Court. Without Rudy, this would have been over already.

Sondland is an outsider. And I think he thought that his testimony against Trump would ingratiate him with his "new" foreign service friends. Won't happen, they hate everything about Trump and his appointees. And always will. That's what was so stupid about what Sondland did, he made enemies on both sides.

Why is there such a long break?

David's brother is Jeffrey James Holmes born on May 9, 1971 in Los Angeles has a doctorate in music composition from the University of Southern California, but seems to be tone deaf. He is married to soprano Kirsten Ashley Wiest. 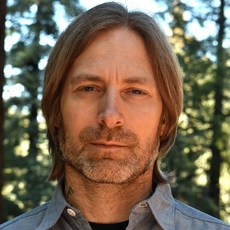 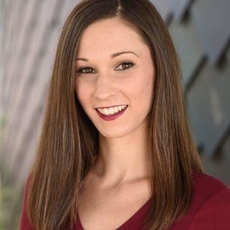 They are on the house floor voting on a bill.

They are already silencing Rudy with the prosecution of Lev Parnas and Igor Fruman for campaign finance supposed crimes. Notice that AOC and the Somali lady are accused of the same but walking free. Talk about witness intimidation.

Holmes also stated that he asked Sondland what Trump said. So why did he have to ask, if he already heard it?

“I think Rudy is playing a part and he is playing it exceedingly well. Remember this is the guy who took on the mob and won, he is also the one who held NYC together on and after 9-11. Getting old does not mean you suddenly become incompetent. I want everyone to remember that after Rudy left politics he opened a cyber security company. Now think about that for a few minutes.”

And? That explains or excuses his outbursts on TV?

Look, Rudy is a good lawyer. I like him, because he is entertaining. But if he were my attorney I’d not want him going on TV. If I had to choose between Rudy and, say, Andrew McCarthy, I’d go with Andrew McCarthy any day. Hell, I’d go with Alan Dershowitz over Rudy. Both of them come off much better on TV, and in the court of public opinion (which the instant action is), that would pay dividends.

If you studied history then this is all familiar - scheming palace eunuchs.

Republicans want to hear from Budget official Mark Sandy, who was said to have spoken about the real reason the funding for Ukraine was held up.

Schiff is holding up releasing his deposition transcripts.

I know well the meaning of “loose cannon.” It is a nautical term that originated during the days of the old wooden men-of-war, where an unsecured (loose) cannon could wreak havoc on deck. So, a “loose cannon” can damage or harm that with which it may come in contact. In Rudy’s case, the term “loose cannon” applies to his client being harmed, or not well-served.

Your trust in Rudy Giuliani is well taken. the guy as mayor of NYC cleaned up the mess caused by the Democrat life, scum and vermin party. rudy also did a good part of the Mafia. And...he led NYC and the entire country in surviving the 9/11 attack on the World Trade Center.

359 posted on 11/21/2019 9:12:41 AM PST by JLAGRAYFOX (Defeat both the Republican (e) & Democrat (e) political parties....Forever!!!)
[ Post Reply | Private Reply | To 338 | View Replies]
To: maggief
and once again today, the Dems repeated their lie that Burisma/Biden is a "debunked conspiracy theory", but in the meantime it's being reported from Ukraine: