Donald Trump, whose 2016 presidential campaign was consciously modeled after Richard Nixon's 1968 run, seems to think he can win reelection by emulating his predecessor's appeal to a "silent majority" disgusted by raucous anti-war protests. Trump is offering voters a choice between his firm hand and the pusillanimity of "liberal Democrats" who let "violent anarchists" run wild in the streets.

Notwithstanding Trump's pose as "your president of law and order," his heavy-handed reaction to the protests triggered by George Floyd's death represents neither. In response to largely peaceful demonstrations against police brutality that have been punctuated by criminal behavior, he has deployed his own brand of lawlessness, including arbitrary arrests and the disproportionate, indiscriminate use of force.

Billy Williams, the U.S. attorney for Oregon, is well aware of the crimes committed by some people drawn to the protests Portland has seen every day since May 28. He notes that the Mark O. Hatfield United States Courthouse has been vandalized repeatedly and that federal agents assigned to protect the building "have been subjected to threats; aerial fireworks including mortars; high intensity lasers targeting officers' eyes; (and) thrown rocks, bottles, and balloons filled with paint."

Williams's office is prosecuting seven people for participating in riots at the courthouse during the first week of July and has accused a Texas man of attacking a U.S. Marshals Service deputy with a hammer on July 11. But Williams also understands that government officials charged with enforcing the law do not have a license to break it.

Two weeks ago, Williams noted that the Justice Department's inspector general is investigating a July 11 incident in which a protester was severely injured by "less-lethal munitions" that the Marshals Service allegedly fired at his head. Last week, Williams asked the Department of Homeland Security's inspector general to investigate allegations that "federal law enforcement detained two protestors without probable cause."

Williams was referring to reports that camouflage-clad federal officers, identified by nothing more than generic "police" patches, have been driving through the streets of Portland in unmarked rental cars, grabbing protesters for no apparent reason and detaining them without charge. Although that sounds like the sort of thing that happens in tinpot dictatorships, some of the incidents were caught on video.

"We cannot give up liberty for security," Sen. Rand Paul, R-Ky., warned on Monday. "Local law enforcement can and should be handling these situations in our cities, but there is no place for federal troops or unidentified federal agents rounding people up at will."

In a federal lawsuit filed on Friday, Oregon Attorney General Ellen Rosenblum, citing the accounts of protesters who said they had been subjected to such treatment, argues that the Marshals Service and several Homeland Security agencies thereby violated their First, Fourth and Fifth Amendment rights. "Every American should be repulsed when they see this happening," she said. "If this can happen here in Portland, it can happen anywhere."

Trump is in fact threatening to deploy federal agents, who are ostensibly in Portland to protect federal property, in Chicago and other cities "run by very liberal Democrats," whom he equates with "the radical left." Like Portland Mayor Ted Wheeler, who describes the Trump administration's tactics in his city as "abhorrent," local officials elsewhere do not want his "help." Partisan acrimony aside, that is hardly surprising. In addition to illegally detaining Americans who were exercising their First Amendment rights, federal agents in Portland -- who according to an internal memo were not trained in controlling riots or mass demonstrations -- have been accused of firing tear gas at peaceful protesters and shooting journalists with rubber bullets.

The officers who work for Trump have the authority to guard federal property and enforce federal law. But they do not have an open-ended license to "quell" protests, fight crime, or impose Trump's idea of "order" while flouting the wishes of local officials and treating the Constitution as an optional obstacle to the reelection of an increasingly desperate president.

I’d like to say I’m surprised by this being Townhall.com, but I’d hate to lie.

Heavy handed? These treasonous bums need to be taken out and stacked like cordwood.

Townhall morphed into Mother Jones so slowly I hardly noticed.

“...In response to largely peaceful demonstrations against police brutality....”

Clue to where the author is coming from. Left of Trotsky.

I'm going to need to see some examples of this. I think President Trump has been more than reasonable.

Views Edit
Sullum is for a non-interventionist foreign policy and has defended then-presidential candidate Ron Paul stating that it is inaccurate to call him an isolationist.[5] Sullum has also made the case that Presidents, including current U.S. President Donald Trump, have been reckless with the lives of soldiers.[6]

I agree! I was very surprised they didn’t dig deeper and learn the Fed police didn’t search out and arrest protesters but rather they arrested rioters who had committed criminal acts against federal property. That is job they have a duty to perform.

What is with Townhall? There have been two anti-Trump articles posted most recently.

This article brings up the specter of Richard Nixon?! Who gives a flip?

BLM is a Marxist sham. Everybody sees what’s going on.

The chattering class is so out of touch.

They seemed very conservative in the late 90s. I've seen it happen with other publications, so it must be a communist tactic.

“...United States Courthouse has been vandalized repeatedly...”
attacking a U.S. Marshals Service deputy with a hammer on July 11...”

Wow this guy is a horrible anti-Trump propagandist. He says lots of things without any real back up. Like that Nixon reference. He seems to be for many things Trump is for. But always figures out how Trump can be wrong in being for the same things. This is of course a sneaky propagandist trick to separate Trump from his followers. The whole point of these guys on the right is to weaken the rights message.

He’s getting rightfully brutalized in the comments.

Looks like there’s a fair amount of distance between the definitions of “peaceful” and “largely peaceful”.

I read two paragraphs. How in the world did this moron get onto Townhall? If anything, Trump has shown remarkable restraint with the Insurrection Act (military), but at the same time, has been actually DRAGGING HIS FEET with getting civilian federal agents into these places to both deal with people committing federal crimes (rioting, treason, etc.) and protecting federal properties.*

*I’ll admit I’m not sure how much the usual restrictions on federal action (getting permission from a sheriff — actually in the US code — or a governor) applies in this emergency. 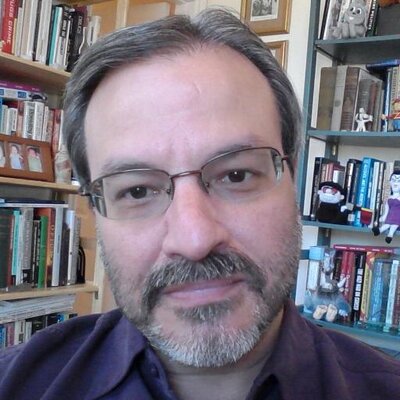 Why does Trump want to stop people from voting by mail—and why does he think he has the power to do that? https://t.co/GR2NkK9N0U— Jacob Sullum (@jacobsullum) May 21, 2020

It's not fake news: Trump did actually suggest that injecting bleach could be a cure for COVID-19. https://t.co/GanIaUp693— Jacob Sullum (@jacobsullum) April 24, 2020