Destroying the lie from the national socialist left that ‘no one is talking about gun confiscation’.

Joy Behar, Robert Francis ‘Beto’ O’Rouke and Representative Eric ‘nukem’ Swawell (D-CA) epitomise the mendacity of the left in demanding gun confiscation while denying that they are demanding gun confiscation. Like many others of the national socialist left, they want to push for their final solution to the liberty problem while still pretending to be ‘liberal’, using all manner of soft sounding synonyms for the taking of the people’s property.

This of course doesn’t even touch on the obvious aspect of unconstitutional gun confiscation with so-called ‘red flag’ laws. Their existence alone proves the point that the liberty grabber left obsesses over using any means necessary to disarm their political enemies.

Just the major players in the gun confiscation demand genre.

This is our annual accounting of the over 75 instances of the liberty grabber leftists demanding gun confiscation, eviscerating the lie that they aren’t demanding gun confiscation. Everyone should note that the national socialist left is nothing if not creative in creating euphemisms to disguise their obvious ultimate goal. Using nonsensical terms such as ‘mandatory buy back’ in a thinly veiled attempt at pretending it’s not really confiscation.

It’s an accounting from most of the major outlets of the national socialist media as well as the leadership of the authoritarian socialist left [but we repeat ourselves]. There are a vast number of more examples from the minor characters of the movement, such as this one from ‘Alison Aires’, but for the sake of brevity we kept the criteria for inclusion high to make the list manageable. It proves the point none the less.

Why do leftists lie about their obvious ultimate goal of gun confiscation?

If there is one thing we’re learned from extensively researching this ‘genre’, it’s that leftists love to lie about their obvious goal. They will scream ‘do something’ even though this won’t do anything to solve the problem they created in the first place while it is plain as day that these are mere stepping-stones to confiscation.

There are several reasons why they lie about what is patently obvious, but the primary cause destroys their entire argument for liberty control. They of course want to fool people into registering their firearms with the solemn promise that it won’t lead to gun confiscation, only to go back on that promise and confiscate them anyway, as was the case in the UK. But that isn’t the main reason for parroting an obvious falsehood.

The primary reason the left maintains the ‘no one is coming for your guns’ lie.

There is an exemplary quote that is a succinct reason why the left lies about their obvious end goal of gun confiscation in the video from of the reference article: Must watch: ‘I carry a gun’.

“I carry a gun because there are only two types of creatures on this planet predators and prey. no one watches a cheetah chase down a gazelle and deny that the gazelle has the right to use its horns to protect itself.

That is clearly the objective of the liberty grabber left.

Pointing out this will see the inevitable use of this obvious lie, but the left has no other choice. Employing the ‘no one is talking about gun confiscation’ let’s them red herring their way out of this critical aspect of the debate. That is why we have spent countless hours compiling this list. It set’s the debate of the unalienable human right of self-defence in it’s proper context. Were the liberty grabber leftists to get their way, far more people would die by being rendered defenceless.

One final note, it’s already been proven that imposing a requirement of governmental permission to keep an unalienable human right is akin to the actual seizing of firearms. Virtual gun confiscation with registration or licensing demands means that firearms are now under the control of the government. With the only difference from real gun confiscation being where the firearms are stored.

All of these references from almost every major media outlet of the national socialist left as well as it’s leadership, proves that this is their obvious goal and they aren’t just talking about it.

Behar Advises 2020 Dems: 'Don't Tell...Wait Until You Get Elected Then Take Guns Away'.

Dr. RaShall Brackney, Chief of the Charlottesville Police Department [Paraphrasing] “Any weapons that can be used to kill people should be banned”

A Peace Plan for a Safer America. [Demands for compensated confiscation as well as virtual confiscation of all guns in addition to a licensing requirement for an unalienable human right].

Vox: Democrats have been discussing the same ideas on guns for 25 years. It’s time to change that. [Virtual and actual gun confiscation, requiring governmental permission for an unalienable human right].

Syracuse.com: 20 years after Columbine: ‘Guns are the problem. Guns need to go.’ (Commentary)

Bernie Sanders: We must follow New Zealand's lead.. ban the sale and distribution of assault weapons

Harper's Bazaar: Why We Need to Ban Assault Rifles

stltoday.com: The gun ban that worked [Virtual gun confiscation – the demand to require governmental permission to possess an unalienable human right] The Guardian: 'Why does anyone need a gun?': Toronto shooting prompts calls for handgun ban

Esquire: Okay, Now I Actually Do Want To Take Your Guns

Ban assault weapons, buy them back, go after resisters: Ex-prosecutor in Congress

Vox: Why an assault weapons ban can’t address America’s gun problem Emma González [March for our Lives]: Removing the assault and semi-automatic weapons from our Civilian society, instituting thorough background checks and mandatory waiting periods (and raising the buying age and banning the production of high-capacity magazines) are the ways to stop shootings in America. The Charlotte News: Ban military-style assault weapons for the sake of our children

The Star: Want to end gun violence Mr. President? Get rid of guns

La Times: No one becomes a mass shooter without a mass-shooting gun

Boston Globe: Hand over your weapons

Eugene Robinson: Gun control should include buyback program like Australia’s

W. Kamau Bell [CNN]: I want Obama to take away your guns

Huffington post: Can't We Just Put the Damn Guns Down?

Anderson Cooper:"Speaking only for myself, watching Obama get repeatedly accused of wanting to take people's guns away makes me sort of wish he'd just do something to earn that accusation. May as well!"

New Republic: It’s Time to Ban Guns. Yes, All of Them.

The New York Times: End the Gun Epidemic in America [First Front Page Editorial In 95 Years] This editorial published on A1 in the Dec. 5 edition of The New York Times. It is the first time an editorial has appeared on the front page since 1920.

The Daily Beast: Yes, They Want to Take Your Guns Away

Hillary Clinton: “In the Australian example, as I recall, that was a buyback program.”…..“I think it would be worth considering doing it on the national level”

Vox: Becoming a gun-free society would be hard. But we should still try.

Obama: "We know that other countries, in response to one mass shooting, have been able to craft laws that almost eliminate mass shootings. Friends of ours, allies of ours -- Great Britain, Australia, countries like ours. So we know there are ways to prevent it."

Obama: A couple of decades ago, Australia had a mass shooting similar to Columbine or Newtown. And Australia just said, well, that's it -- we’re not seeing that again. And basically imposed very severe, tough gun laws.

Daily Kos: How to Ban Guns: A step by step, long term process

Opinionator - New York Times: Why Gun ‘Control’ Is Not Enough

House Dem: 'Turn in your guns'

Eugene Robinson: First, Get Rid of the Guns

Economist The gun control that works: no guns

Yes conservatives, we want to take away your guns...

It’s not just Beto O’Rourke – the rest of the left has revealed their ultimate goal.

This is very important in that it changes the talk on the 2 Amendment from a common sense chain of steps to the real argument. Which is why the Commies are condemning Beto for bringing it up. 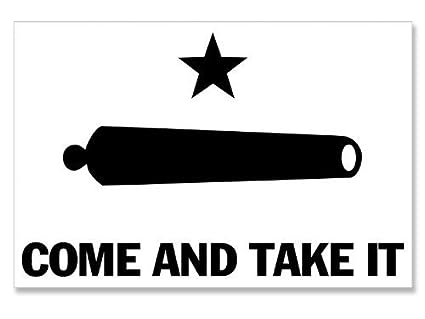 That’s the spirit.
The commies like to lie about it, but they want our guns and they will do anything to get them.

There is nothing more classy than a politician who threatens to nuke the country because it doesn’t want to give up their guns.

I look forward to prying the microphone from Beto’s cold dead hand.

How about also known as “Fartwell”?

The guns they want to seize are those held legally by honest, law-abiding NON-VIOLENT citizens who respect others’ rights and use guns for legitimate purposes.

The guns they don’t plan on seizing are those held illegally by crooked VIOLENT criminals who use guns to rape, steal, and kill.

IF they took guns from criminals, they wouldn’t have a crisis on their hands to take advantage of.

Also, the lawbreakers shoot back.

Referring to “the fart that was heard around the world?”

There was a time starting in 1962, when they “ONLY wanted to register handguns! Rifles will not be affected!”

1981..Actress Lee Grant, yelling and poking holes in the air with her finger, on Good Morning America...”THE NRA IS A RIFLE ORGANIZATION! THEY SHOULD GIVE UP THEIR HANDGUNS AND THEY CAN KEEP THEIR RIFLES!”

“I’m convinced that we have to have federal legislation to build on. We’re going to have to take one step at a time, and the first step is necessarily — given the political realities — going to be very modest.

Of course, it’s true that politicians will then go home and say, ‘This is a great law. The problem is solved.’ And it’s also true that such statements will tend to defuse the gun-control issue for a time.

My estimate is from seven to ten years. The problem is to slow down the increasing number of handguns sold in this country. The second problem is to get them all registered. And the final problem is to make the possession of all handguns and all handgun ammunition — except for the military, policemen, licensed security guards, licensed sporting clubs, and licensed gun collectors — TOTALLY ILLEGAL.”

HCI (now the Brady Center), around 1984, made a grab for the rifles, and missed. But now gun owners know that we are always up against a stacked deck. NEVER GIVE AN INCH!

That’s the thing - they don’t care about the criminals, only those who would stop them from taking over.

Thank you for sharing and/or compiling.

That is one of their tactics - divide and conquer. Pit one group against another in the false hope that their guns won’t be confiscated.

The past has shown that never works, when they come for one type of gun, they eventually come for all types of guns.

You’re welcome - please pass this along to fellow patriots.

We all need to know what we’re up against, they won’t be satisfied with just a few laws here and there. They want all of our guns, and they will do anything to get them.

Umm, hang on while I empty it.

Those clowns would stain their pants if they ever saw a toy water pistol. None have a clue as to the meaning of the term, “AR.”