With the news last week that Amazon has banned Mohammed’s Koran: Why Muslims Kill for Islam, co-authored by British activist Tommy Robinson and Peter McLoughlin, Amazon has crossed a very dangerous and precarious line.

Two immediate questions come to mind. First, why ban a book critiquing Islam when a host of other books critiquing – no, harshly attacking – other religious faiths are available on Amazon? Second, why ban this book and not other books that critique Islam? Why draw the line here?

When McLoughlin, who helped expose the “grooming” crimes committed by some British Muslims, received word that the book had been removed from Amazon, he wrote, “This is the twenty-first century equivalent of the Nazis taking out the books from university libraries and burning them.

“Can you think of another scholarly book on Islam that has been banned by Amazon? Mein Kampf is for sale on Amazon. As are books like the terrorist manual called The Anarchist Cookbook.”

Yet Mohammed’s Koran gets banned?

According to Robert Spencer, who has authored scholarly works critiquing the Koran, Robinson and McLoughlin’s book “endeavors to illustrate how violent jihadists justify their actions by referring to Islamic texts and teachings -- and that’s all. Robinson and McLoughlin call for no violence. Their book is accurate.”

Indeed, one could readily ask, if their book was banned by Amazon, why not ban Spencer’s related books, such as: The Truth About Muhammad: Founder of the World's Most Intolerant Religion; or, The Complete Infidel’s Guide to the Koran; or The Politically Incorrect Guide to Islam (And the Crusades); or The History of Jihad: From Muhammad to ISIS? (Note that this last title, released in 2018, is currently #1 on Amazon under the category, “Muhammad and Islam.”)

Do you see where this is going?

More disturbingly, why ban Mohammed’s Koran while allowing books to be sold on Amazon like these, by Christian author Texe Marrs? Among his many books are: Holy Serpent of the Jews: The Rabbis' Secret Plan for Satan to Crush Their Enemies and Vault the Jews to Global Dominion (published in 2016); and Blood Covenant With Destiny: The Babylonian Talmud, the Jewish Kabbalah, and the Power of Prophecy (published in 2018).

According to Marrs, “The Jews are on the fast track to their occult fate. They have made an agreement with hell, a covenant with death, and payments on their debt to Satan must be made in accordance with that contractual agreement.”

Yes, “The ultimate goal of the Jews is the annihilation of almost every Gentile man, woman, and child and the establishment of a satanic Jewish-led global dictatorship (the Jewish Utopia) encompassing the planet. This goal is expressed by the Jews in their most sacred books, the Babylonian Talmud and the Kabbalah.” (For the record, I’ll be addressing the writings of Marrs in the revised and updated version of my book Our Hands Are Stained with Blood: The Tragic Story of the ‘Church’ and the Jewish People, due out in September).

I own the Kindle version of Mohammed’s Koran, having purchased it in 2017. And although I haven’t read all of it, I can tell you that nothing I have seen in the book comes anywhere close to Marrs’s insidious attacks on the Talmud and Kabbalah.

Why are his books available while Mohammed’s Koran is not?

Is it that Robinson has become a marked man? Is it because of pressure from Islamic activists? Whatever the reason, it is not good enough.

By banning this book, Amazon is opening up one of two possibilities: Either Amazon will not be consistent, thereby demonstrating extreme hypocrisy. Or Amazon will start banning many other books, leading to a very dangerous precedent.

Which books and authors will be next? And what can conservative, Bible believers expect? Perhaps our books opposing LGBT activism or exposing the evils of abortion will be next?

Amazon has no problem publishing atheistic attacks on religion, like Richard Dawkins’ bestseller The God Delusion.

In this book, Dawkins famously claimed that, “The God of the Old Testament is arguably the most unpleasant character in all fiction: jealous and proud of it; a petty, unjust, unforgiving control-freak; a vindictive, bloodthirsty ethnic cleanser; a misogynistic, homophobic, racist, infanticidal, genocidal, filicidal, pestilential, megalomaniacal, sadomasochistic, capriciously malevolent bully.”

How many Bible believers did this offend, including both Jews and Christians? How many find these words to be ugly and bigoted? Should Amazon then ban The God Delusion? And again, I found nothing in Mohammed’s Koran attacking Allah with this same level of vitriol.

An almost endless stream of objectionable volumes could be listed here, including books like, The Talmud Unmasked: The Secret Rabbinical Teachings Concerning Christians; or Jesus the Sorcerer; or There Was No Jesus, There Is No God: A Scholarly Examination of the Scientific, Historical, and Philosophical Evidence & Arguments for Monotheism.

If Mohammed’s Koran is banned, why not ban these?

To repeat: Amazon has crossed a very dangerous and precarious line, and this Bezos-owned mega-company needs to revere course quickly, issuing an apology and reinstating the book.

Anything less than this is a cause for real concern.

If you agree – even if you are a Muslim or an atheist – I encourage you to let Amazon know.

They also banned Covfefe coffee. But that dude is banking, anyway.

Banning criticism of Islam is vital to Islamic conquest of the West.

This is the digital equivalent of book burning.

Isn’t this discrimination based on religion?

This is asinine. Amazon isn’t a public entity. It can choose to sell or not sell whatever the hell it wants.

RE: Amazon isn’t a public entity. It can choose to sell or not sell whatever the hell it wants.

I don’t think the author of this article is questioning Amazon’s “right” to sell or not sell what the hell it wants.

He is questioning the WISDOM of their decision.

Maybe, but the comments weren’t.

I recommend boycotting Amazon. I have stopped buying from them.

Also, does anyone know where we can purchase a copy of the book?

There is only one reason that the media bans any anti-Muslim books and articles and videos. FEAR!

Muslims are the only religious group that takes revenge against anybody speaking ill about them. So, Amazon and Google/YouTube, Twitter, Yahoo and all other liberal media, want to avert any terrorism directed at them because of retaliation the terrorists feel necessary to stop the anti-Muslim rhetoric.

Surrendering to the Muslim demands is what liberals feel necessary to appease the terrorists.

I got carried away. The baker can decide whether he wants to sell cakes, pies or cupcakes or not. He can’t discriminate. Unless he has a religious objection which I think is correct. But taking religion out of the equation, no one can tell him WHAT to sell.

In that regard, the risk is his alone.

It’s complete now. Thought is being censored by the people who control the media and the internet.

Expect more books to be banned at Amazon.

And you thought this was the land of the free.

There is total equality in censorship, only some books are more equal than others I guess.

THIS IS ALSO FOR SALE AT AMAZON 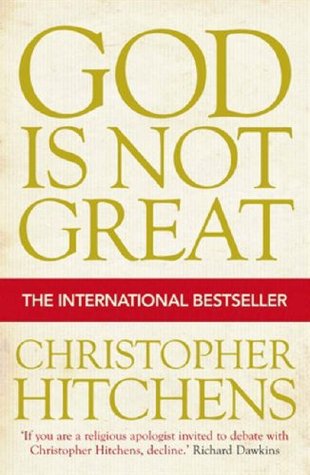 Yup - blubbering about censorship and Nazis is an anti-conservative response.

There are other sources to purchase this book. You don’t have to buy it from Amazon.

This link shows where this book is available:

It's very easy for monopolies to merge with government. Don't get over that one.