Elizabeth Warren has gained notoriety recently for complaining that the minimum wage would be $22 per hour if it kept up with worker productivity gains over the past several decades.

Warren’s analysis was fundamentally flawed because it did not measure increased productivity of minimum wage unskilled workers or justify paying $45,000 per year as a minimum regardless of worker skills. Moreover, Warren cherry-picked the $22 number, ignoring other much lower numbers in the study on which she relied based on other measurements.

But it was a YouTube and media hit, and has solidified Warren’s role as progressive champion, particularly when Warren asked “what happened to the other $13.75?”

If the minimum wage was so important to Warren, we wondered what she paid her interns.

The abuse of interns by powerful corporations like The NY Times is well documented, and the subject of controversy by student and worker advocates who argue that such internships in the private sector may violate wage laws. Even if done in compliance with legal guidelines, unpaid internships take advantage of unequal bargaining power in a weak job market.

Warren actively is seeking interns for her Senate offices.

We checked today with Warren’s Senate office, and were told that “all internships are unpaid.” When asked whether they had any paid internships, the office responded “we do not.”

Warren is not alone. Unpaid internships in Congress are the norm and appear to be legal because that’s the way Congress wrote the law.

We also researched internships Warren’s Senate campaign offered. Warren’s campaign made very effective use of “internships” as a lure to get students to work on campuses and elsewhere for the campaign. The internships were both part and full time and were unpaid. I don’t blame Warren for making liberal use of students hammered by a bad job market, even though she raised over $40 million. Nobody built a campaign on their own. Nobody.

The use of unpaid interns does, however, raise questions whether Warren’s rhetoric meets her reality considering she so publicly has lambasted private sector employers for not paying $22 per hour. Warren could have gone above and beyond what the law required.

These are just some facts to consider the next time Warren rips into some business person for not paying employees enough.

Even if she paid them, I bet she'd be an Indian Giver.

It sounds as though Fauxcahantas High Cheekbones didn’t make very much from the sales of her Indian Cookbook.

do her interns at least receive stipends? the corporation i worked for gave stipends to all its interns...

During the wars, were fake Indians only allowed to scalp people by taking toupees?

They’re interns. Duh! They’re different from low-wage workers because... uh, because... uuuuh... they are!

You deserve a feather in your cap for that one.

Seriously: what sort of young person can afford to live and work for 12 weeks in the most expensive city in America for nothing?

The kids of rich liberals, that's who. And there are many of them in places like Massachusetts and Maryland.

We do the same thing in our company. We don’t have to, but our interns are hardworkers. Went through the same ordeal, but I’ve had bosses who were grade A a-holes.

Every time I think we’ve reach the bottom of the liberal barrel, someone like Eliz War-hontis shows up.

Really, is there a more dishonest and stupid female extant?

And remember, some school actually gave this wench a degree.

And some voters actually thought she could represent them.

(They must not have much to represent.)

Hey, ‘Liz, you’ve got a smelly Obama. Shove yourself up it. 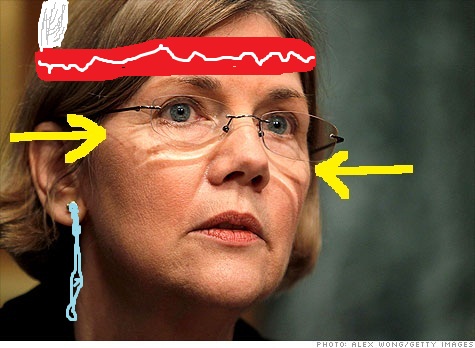 I’ve said it before, and will say it again. If your internship is unpaid, you picked the wrong profession.

17 posted on 04/12/2013 12:23:48 PM PDT by redgolum ("God is dead" -- Nietzsche. "Nietzsche is dead" -- God.)
[ Post Reply | Private Reply | To 1 | View Replies]
To: SeekAndFind
Here's another politician "angel" practicing what she preaches.
It's so comforting to know that our citizens have voted to give wonderful people like this, power over us.
They are so much better than we are.
We can't make it without them.
We need them to run every aspect our lives.(/s)

And she doesn’t support or help her brother who only makes $13,000 a year!

Typical liberal who is free with other people’s money but niggardly with their own.