Navigation: use the links below to view more comments.
first previous 1-20, 21-40 last
To: chessplayer
Heard on the radio this morning, a couple other leftist Senators have Concealed Carry permits: 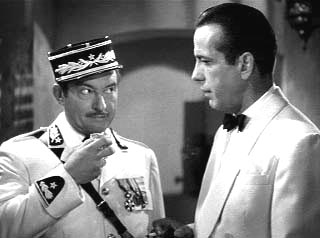 I remember Feinstein’s picture at a press conference holding an AK47 with her finger wrapped around the trigger..maybe from the Clinton years. That the one?

Senator Feinstein threatens to mow down reporters at a press conference! THAT’S the one, with a drum magazine attatched! If any of us regular folk did that we wouldn’t be alive today.

And remember the pic of Chuck the Shmuck shooting what looked like a machine pistol with a nasty smirk on his face.

I cannot wait to see that c*** leave the Senate. The only question, who will replace her and much more horrible will the new senator be ? On Liz Warren of MA, we can count on her being very horrible being a typical leftist broad.

Look at the expression on her staffer’s face! “Oh my! That EVIL, EVIL assault weapon! How terrible!”

Everyone should read this gem by Karl Denninger on the subject of Obama (and many others - including Feinstein) being complete hypocrites on the gun ssue: http://market-ticker.org/akcs-www?post=215107

Please also pass it on to other threads and your email lists. This kind of brutal logic MUST become part of the “national conversation on guns” that the gun-ban crowd wants to have.

It is right. It all depends on which part of the state you live in.

In Los Angeles County it’s next to impossible to get one.

If your dad got one there, I’d like to know what excuse he used for claiming he needed a CCW.

I believe it depends on the sheriff . This was Humboldt county and he did have to take a course and pay a fee. He didn’t carry large sums of money or anything like that. He just wanted it so he could have it in his pickup. There were definitely hoops to jump through but it wasn’t that bad here. I know some sheriffs make it near impossible.

And her bodyguards, and her primo healthcare.

Unless she’s buying her own her health care comes from one of the providers used by your letter carrier. Hardly primo!

I still say she needs the right and the will to defend herself.
Most women will take aim as fast as the men.

I don't disagree that she should be able to defend herself and never will.

My point is that:

A. She wants to disarm us "little people" while the "important people" like herself get to remain armed.

B. When she's caught in that hypocrisy, she makes a show of giving up one of her permits without acknowledging that she's keeping the other one.

To me, that's elitist hypocrisy on steroids.

I think it was Rosie O’Donnell who used to rail against guns while she had armed bodyguards take her kids to school.

Of course. Rosie is another one of those important people who needs armed protection for herself and her family. She's perfectly happy with having the government keep us little people from having that same protection.

I certainly do not disagree with you.
Wouldn’t it be nice to be represented in washington by good humble people that doesn’t do everything with a show—disgusting.

I wonder what is worse...CA or MD....both stink but one stinks more...