It was the politics of pandemic that took over Real Time with Bill Maher tonight with Michael Moore as the marquee guest.

“The only way they are going to pull it off is if he’s able to cancel the election or postpone it,” the Fahrenheit 9/11 director said of Donald Trump’s chances at the ballot box in November against Joe Biden after this COVID-19 spring that has seen almost 100,000 deaths so far from the respiratory ailment. “I’m certain that’s what’s going on in his head right now,” Moore worried as he has before, pledging that people will need to take to the streets on January 20, 2021 to “get this [expletive] out.”

“The only way Republicans can win is if they cheat,” Moore declared to Maher as he stated that most Americans are actually in sync fundamentally with progressive policies.

Not that the Oscar winner was advocating to Trump rivals that things should to go that far or that they take the ultimate bait and switch as an easy blunted move – as you can see in this excerpt below:

3 posted on 05/22/2020 8:53:32 PM PDT by E. Pluribus Unum (Who could have guessed the Communist Revolution would arrive disguised as the common cold?)
[ Post Reply | Private Reply | To 1 | View Replies]
To: EdnaMode
Funny 4 years ago this fat bloated sack of crap said the Trump was going to be the biggest middle class finger against the establishment . Now he is going to have to cheat to win against a racist sexual predator with dementia??? Man that boy been drinking too much of that bottled sparkling Flint Spring Water - Swill 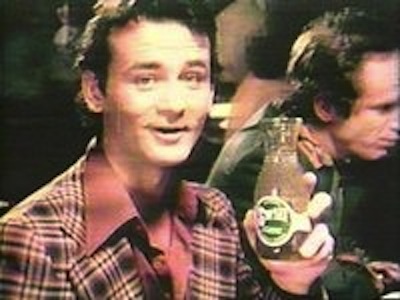 Projection. What they accuse other people of they’re doing the same..in spades.

Cheat? AKA Stop democrats from cheating

They would think that would be cheating

What? We can’t dump of 50,000 ballots from unknown origin that were duplicated on a copier? Voter suppression! Republicans are cheating!

Such a Sore loser he’s crying about it already nearly a year ahead of the election. Ha!

The thing with the left is that they project and lie. Moore has to make up for his last movie as he strayed from the plantation. If Trump was what they say he is,there would be no election and every single person on the left and the sympathizers would be dead within six months or sooner. That is projection and what the left wants for us.

“Projection. What they accuse other people of they’re doing the same..in spades.”

It’s not projection. They know they are lying. “Accuse others of what you do.” It’s a standing order from way back.

9 posted on 05/22/2020 9:02:15 PM PDT by dsc (As for the foundations of the Catholic faith, this pontificate is an outrage to reason.)
[ Post Reply | Private Reply | To 5 | View Replies]
To: EdnaMode
Michael Moore is lashing out because Trump has smashed the false GOP/Dem dichotomy that has dominated politics for over 30 years.

He knows deep down that Trump is actually pursuing the very policies and issues that Moore himself supported. That's why Moore inadvertently endorsed him in 2016.

Moore made big money in the 2000s, attacking Bush and getting all the Hollywood cred. That has totally dried up under Trump because people realize it's about nationalism vs globalism instead of the GOP/Dem now. That's why his last movie he made totally bombed at the box office.

Moore is irrelevant, but he's too stupid to realize it.

If you want to know how our culture stands at the moment, consider that a significant segment of our voting public pay attention to Michael Moore and Bill Maher, and believe what they say.

Well, we don't have to accept the result if they cheat.

We've gotten a four-year education in how that works.

They used their Media and their Deep State bureaucrats.

We don't have a Media or Deep State bureaucrats.

Guess we'll have to figure out some other reliable set of tools that we're familiar with...

Give it a rest, Fat Boy. Trump would win even if he took himself off of the ballot. LOL

A Legend In His Own Mind!
A Biographic Epic
Click The Pic

Is anyone else tired of these reprobates? They need to get into the Word and find out what life is really about.

The fat has damaged his mentally ill brain even further.

Tell a lie long enough - and it’s still a lie.

“when their party loses in a landslide against President Trump”

I don’t see it. The best Trump can hope for is another nailbiter. Just about every woman I know under 45 hates Trump. Many senior women also.