Can we come out now? Is it safe, yet, to speak or write the truth? Or is it still too soon?

Since the sudden, tragic death of Kobe Bryant two weeks ago, I’ve thought of the many men who, in just the past three years, have had their careers and reputations destroyed or seriously stained by allegations of sexual harassment or assault.

Some accusations are of alleged acts decades old.

Guilty as alleged? Who knows? But the accusations will chase them the rest of their lives.

Thus I wonder what their thoughts are on the instant and continuing posthumous deification of Bryant.

Two weeks after Bryant’s death, it’s still considered outrageously inappropriate to publicly state what we do know: He had a flip side. In 2003 he was forced to essentially admit his actions were unwelcomed by the 19-year-old.

Already a seven-year-pro, Bryant, in Colorado for physical rehab, was arrested after a teenaged hotel/spa worker claimed he raped her. Bryant, married, admitted to having had sex with her but by mutual consent.

The criminal case was dropped by prosecutors, when the accuser chose not to testify. The civil case was settled out of court, as Bryant reached a financial agreement with his accuser. But Bryant was bound to make the following statement, which began with:

“Although I truly believe this encounter was consensual, I recognize now that she did not and does not view this incident the same way I did.

“After months of reviewing discovery, listening to her attorney, and even her testimony in person, I now understand she feels that she did not consent to this encounter.”

Yes, just a misunderstanding. But his prepared, lawyers-approved statement was read and heard as Bryant’s admission to an unwanted sexual episode.

But then he just walked away from it. He wasn’t even suspended by the NBA. He returned to the Lakers and thunderous applause and to Nike to sell expensive, cheaply made Kobe-model sneakers.

No it is not safe. Snoop Dogg threatening Gayle King over her Kobe Bryant question. 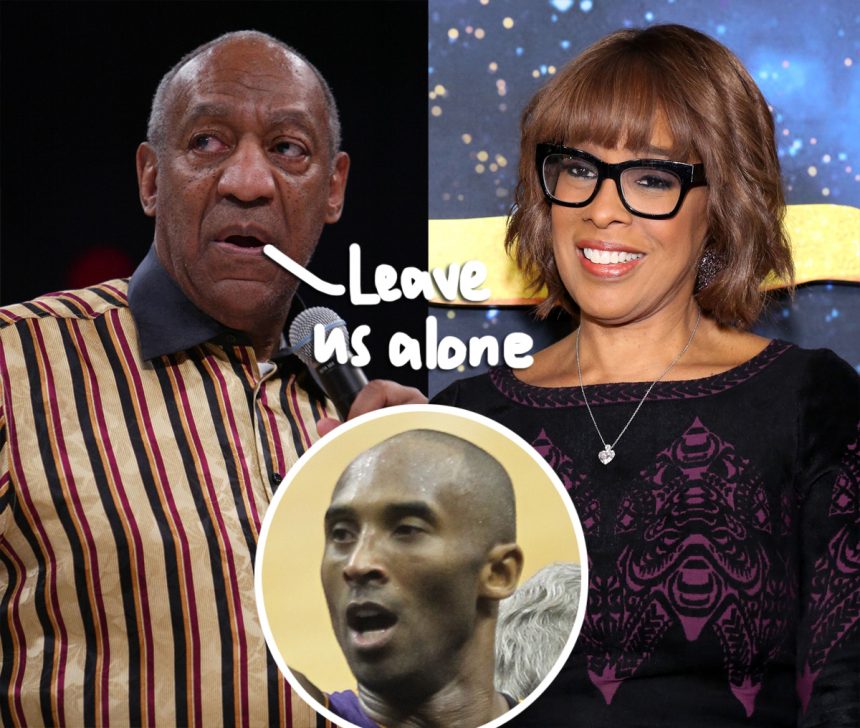 Phil doesn’t knows what it means to be a black man just trying to get his rape on in a country and a culture that is controlled by rich white people. GD America!

Perhaps, but he attended Mass with his family that same morning, so perhaps, just perhaps he will be among those among the dead who rise firt to be caught up into the clouds to meet the Lord in the air, sooner rather than later. One can hope so, for even attending mass indicates he was seeking God ... and God is The rewarder of those who diligently seek him. Let God sort him out.

“Is it safe to speak the truth about Kobe Bryant?”

It wasn’t even safe here a few days ago to provide evidence that he was a kneeler and a Trump-hater.

Nothing to see here (rape).

Not a problem (rape).

Beloved throughout the world (rape).

A celebration of his life (rape).

Turned his life around (rape).

I agree that you should be able to write this. But I would not. The reason I would not, is because Kobe is not the only one involved. A daughter and other young girls and their parents died as well. If you want to do anything, then eulogize all those people who are not having their jersey retired. I still feel pretty bad for the 3 daughters left behind as well. The wife got a huge ring. So she has been paid off.

IIIRC- it started as consensual vaginal sex. It was when Kobe opted for an alternate entry port that things went south.

I dont care. King was correct, he was a rapist. It did happen.

SHe is raking CBS over the coals for releasing the clip.

I really do think Snoop is serious in his threats. I dont mean that he is going to go kill her. I mean he is telling her to watch her mouth in the future

He’s dead.
May he rest in peace.

No point in pursing Kobe in the afterlife

btw,this might tie into the notion that gayle and oprah go after black men and not white men..but haven’t been keeping up with that saga.

I recaptured the site twice trying to read the link. Too disgusted with Stones cookie crap.

Kobe did not want to father a bunch of babies.

That’swhen he opted for “the Kobe way”

rhetorical question..would you say the same about Weinstein if he goes to Church..or Cosby getting religion in jail?

Would no one be allowed to talk about their terrible behavior??? Rhetorical, again.

“It was when Kobe opted for an alternate entry port that things went south.”

I don’t get alternate-port sex but then what do I know?